Jae Ikhera, who repeatedly vandalised a statue of Admiral Lord Nelson in Norfolk, has been allowed to walk out of court with a conditional discharge despite being convicted of two counts of criminal damage.

The 19-year-old vandalised the memorial to the British icon, who dealt crushing defeats to Revolutionary France and Napoleonic France at the Battle of the Nile and the Battle of Trafalgar, which put an end to Napoleon’s dreams of conquering the Holy Land and Great Britain, respectively, among many other battles — two of which claimed his right eye and right arm — on two separate occasions.

But despite being convicted of desecrating the monument near Norwich Cathedral, a judge opted to let Ikhera walk out of court with nothing but a 12-month conditional discharge and an order to pay a victim surcharge of just £22, with no requirement to cover pay for costs or compensation, the Eastern Daily Press reports.

Ikhera’s defence lawyer,  Simon Nicholls, had argued that “Jae has always accepted responsibility for these two actions. Jae intended to start a debate about Lord Nelson which Jae has been successful in doing.”

Nicholls added that “Even the cathedral said ‘although a national hero (Lord Nelson) was also like all of us, flawed in some ways’,” as if that justified defacing the memorial, dating all the way back to the 1800s — an argument which the judge seemingly found persuasive, given the lightness of Ikhera’s sentence.

Nelson vandal walks away with no punishment.

Jae Ikhera, 19, pleaded guilty to two counts of criminal damage in Norwich on Friday and received a 12 month conditional discharge.

Again the law fails to provide a deterrent. It's not even been reported, I had to contact the Court. pic.twitter.com/852M5kDi0f

“Nelson vandal walks away with no punishment,” tweeted the grassroots Save Our Statues campaign in disgust.

“Again the law fails to provide a deterrent. [The sentence was] not even reported, I had to contact the Court,” added the account’s operator, going on the claim that the Eastern Daily Press report was only filed due to their prompting, and offering “Thanks to our legal system for handing another victory to the mob.”

In its report, the Eastern Daily Press suggested that “While Nelson is regarded as a hero by many, he has become something of a controversial figure” as Black Lives Matter and left-wing activists comb over the deeds and words of historic figures to find actions and sentiments out of step with the sensibilities of modern-day leftists.

In Nelson’s case, his crime was writing a private letter to an acquaintance that he was “bred… in the good old school, and taught to appreciate the value of our West India possessions” — which in his time were seen as vital to the economy and to the war effort against France, which dragged for over two decades and ultimately claimed the mariner’s life.

However, it is questionable whether Nelson has truly “become something of a controversial figure” among anyone who is not a member of the social justice left — never well disposed to British history or its great men — especially in Norfolk, which bears the moniker “Nelson’s County” and regards him as its “most famous son”.

“There is no way that the people of Norfolk would allow Nelson’s monuments in the county to be taken down,” declared Bruno Peek, who led the bicentennial celebrations honouring Nelson in 2005, as Black Lives Matter activism against historic statues was gathering pace in June this year.

“I’d be the first one standing at the bottom of the Britannia Monument making sure no-one got near it,” he vowed, referring to another memorial to the admiral in Norfolk far grander than the one vandalised by Ikhera. 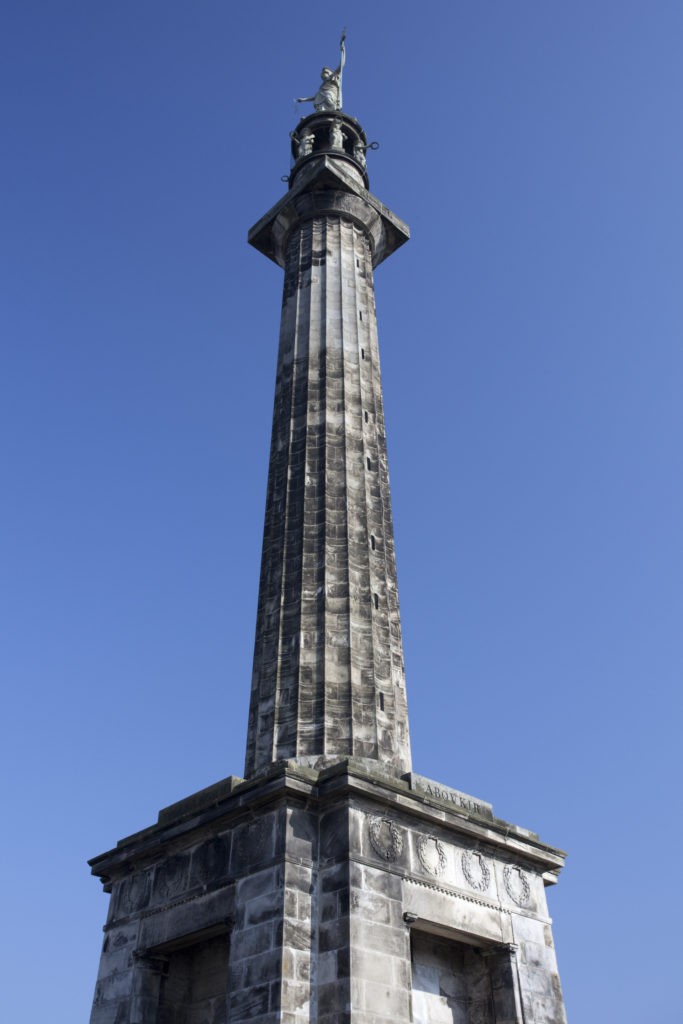