A self-described “African reparationist” called for the creation of a pan-African superstate at an Extinction Rebellion climate alarmist protest in London.

In a Breitbart London exclusive video, Esther Stanford-Xosei spoke before the crowd of mostly white leftist activists on Tuesday, calling for the creation of a pan-African superstate which she referred to as “Maatubuntuman”.

“But we know that, that superstate, that nation that we have been dispossessed of, which is why we experience racism today, anti-black racism, and Afro-phobic racism. But that nation cannot survive outside of a world of global justice, which we refer to as Ubuntudunia,” the activist said.

Stanford-Xosei gave her speech in front of several members of the Red Rebel Brigade, a performance artist group that is a mainstay of Extinction Rebellion protests. With their dystopian red outfits, they claim to symbolise “the common blood we share with all species”. 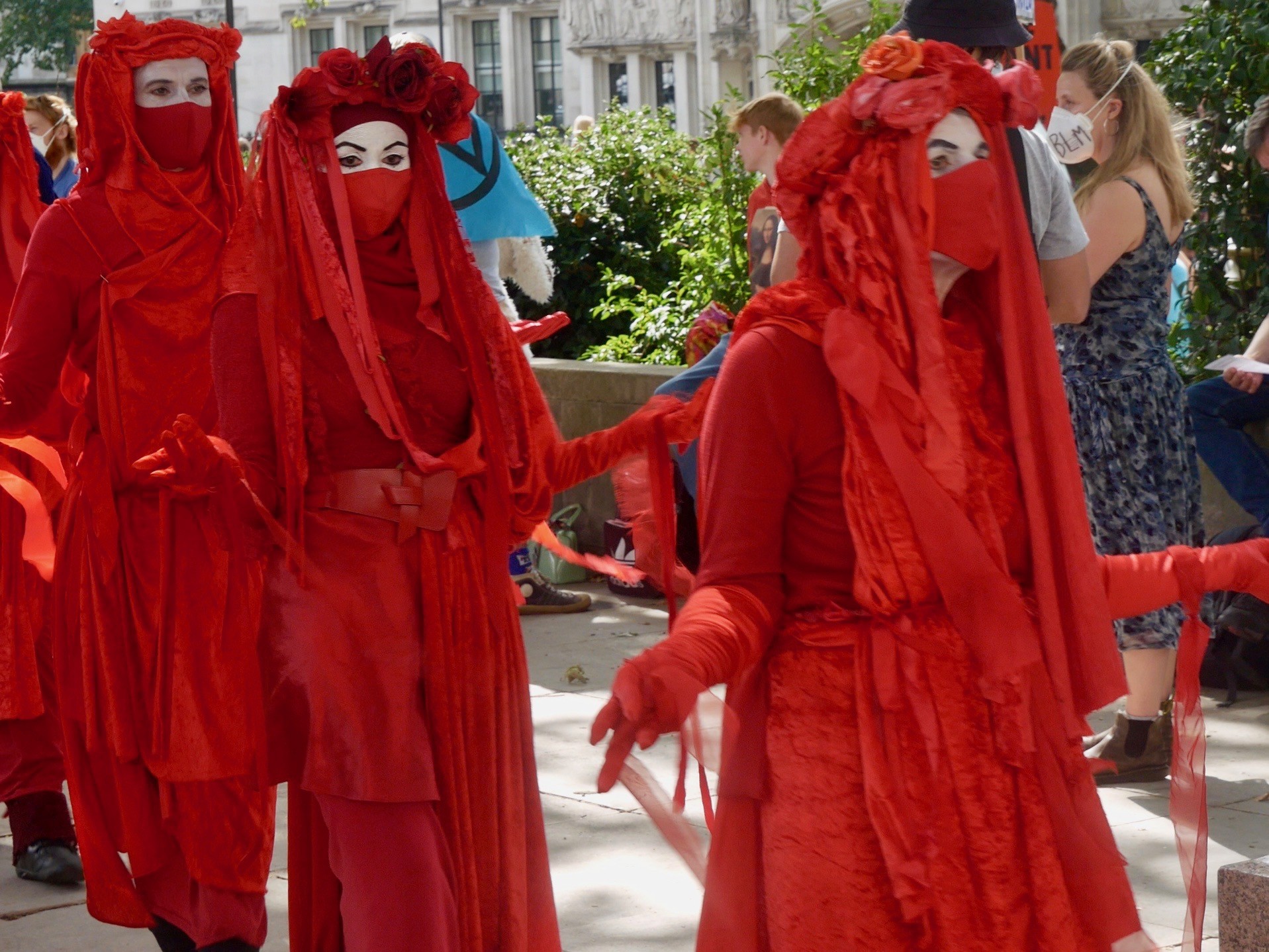 The self-described reparationist went on to call upon the Extinction Rebellion activists to join her African-centred cause, saying that “we still have a chance to stop the harm, and to reverse some of the consequences of intergenerational oppression and injustice and this toxic system of death that we know guarantees no life on this planet.”

Her speech came on the first day of Extinction Rebellion’s ten-day action to force the British parliament to pass the Climate and Ecological Emergency Bill.

At the mass gathering outside the Palace of Westminster on Tuesday, at least 160 members of the radical climate change activist group were arrested by the Metropolitan Police for obstructing the roads around Parliament.

You can watch some of the activists being arrested in a Breitbart London exclusive video here:

On Wednesday, a further 72 Extinction Rebellion protesters were arrested, according to the Metropolitan Police.

On Thursday, nine climate extremists glued their hands to the pavement outside one of the entrances to the palace.

“If politicians won’t take this crisis seriously then we must prevent them from causing more harm,” Extinction Rebellion said in a statement reported by The Times.

A specialist team of police were brought in to remove the protesters, who had superglued themselves outside of the St Stephen’s Entrance of the House of Commons.

The action that was taken by the XR activists would have done little to “prevent” MPs from causing “more harm”, however, as the entrance they blocked is only used by visitors.

While Boris Johnson appoints flunkies & fanatics, IRA sympathisers & climate change deniers to the House of Lords our rebels are peacefully blocking the entrance.

The world is in a #ClimateEmergency & we need meaningful action from the govt. Back to normal = ☠️#WeWantToLive pic.twitter.com/GBBQcN3WvD