Wollstonecraft, author of the seminal A Vindication of the Rights of Woman and mother of Frankenstein author Mary Shelley, had never before been honoured with a statue, and Hambling’s piece had been much-anticipated by feminists who revere her as something of a progenitor.

The abstract sculpture which she produced, however, depicting a small, oddly-proportioned nude figure sporting a substantial crop of pubic hair emerging from something resembling a pillar of fire, has been greeted less than enthusiastically not just by conservatives and traditionalists, but by many feminists as well.

“[The statue is] not making me angry in any way because I just KNOW the streets will soon be full of statues depicting John Locke’s shiny testicles, Nelson Mandela’s proud penis, and Descartes adorable arse,” commented writer Caitlin Moran sarcastically.

“No photograph does its Bacofoil badness justice,” said Observer columnist Rachel Cooke of the silver statue.

“The tiny proportions of the naked female figure that tops it bring to mind a 1970s Pippa doll, a toy that, even as a child, I identified as utterly pathetic,” she added.

Of the two finalist proposals for the new Mary Wollstonecraft statue in London, which would you choose?

The one which respectfully conveys her stature and influence?

Or the one that looks like something Hugh Hefner would’ve come up with ?

How can they get it so wrong? pic.twitter.com/VTAjGljm5a

Hambling, 75, has come out swinging for the contentious, donor-funded statue, however, insisting: “I need complete freedom to respond to the spirit of my subject and could not work if constrained by convention or preconceived demands.”

“As Oscar Wilde said, when critics are divided the artist is at one with himself,” she added, with the fundraising committee behind the work fending off angry donors with claims they had promised a memorial “for Mary Wollstonecraft” and not necessarily “of her”.

A rival, more traditional design, depicting Wollstonecraft fully-clothed with a stack of books, was reportedly rejected by the fundraising committee because it was too “prosaic” and they feared there would be a backlash because the sculptor was male.

A crowdfunder for the rejected design set up by people unhappy with Hambling’s silver nude has now raised thousands of pounds. 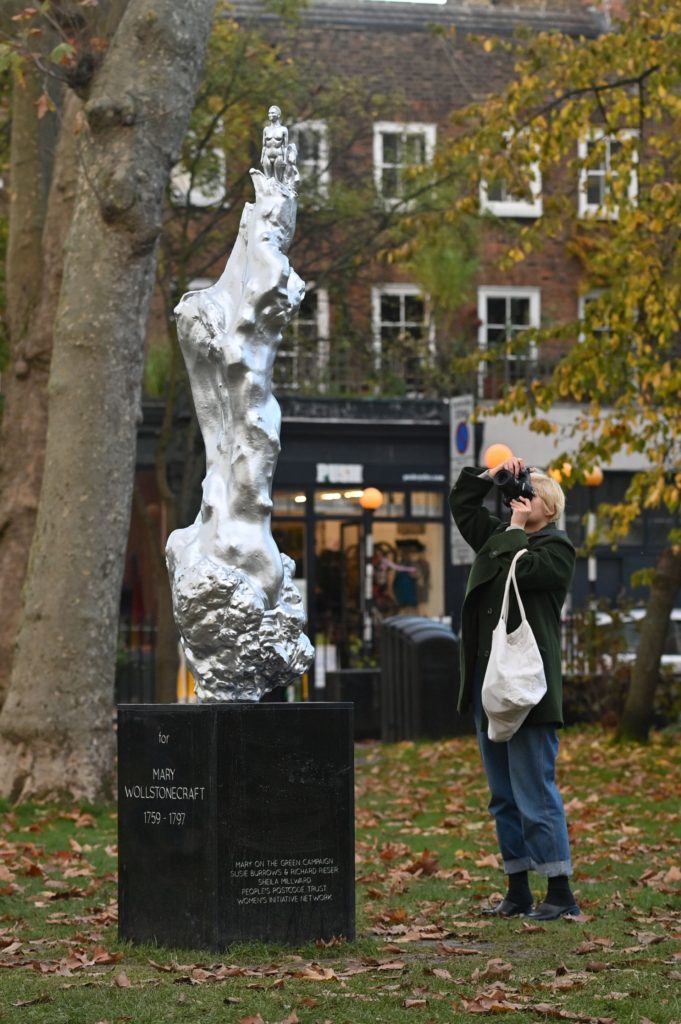 A woman photographs a new sculpture honouring 18th century British author and feminist icon Mary Wollstonecraft by British artist Maggi Hambling after it was unveiled in north London’s Newington Green on November 10, 2020 close to where Wollstonecraft lived and worked. – The artwork, cast in silvered bronze, was unveiled after over a decade of local campaigning and fundraising. Wollstonecraft, born in 1759 and died in 1797, was one of the founding feminist philosophers and author of the seminal text ‘A Vindication of the Rights of Woman’.  (Photo by JUSTIN TALLIS/AFP via Getty Images) 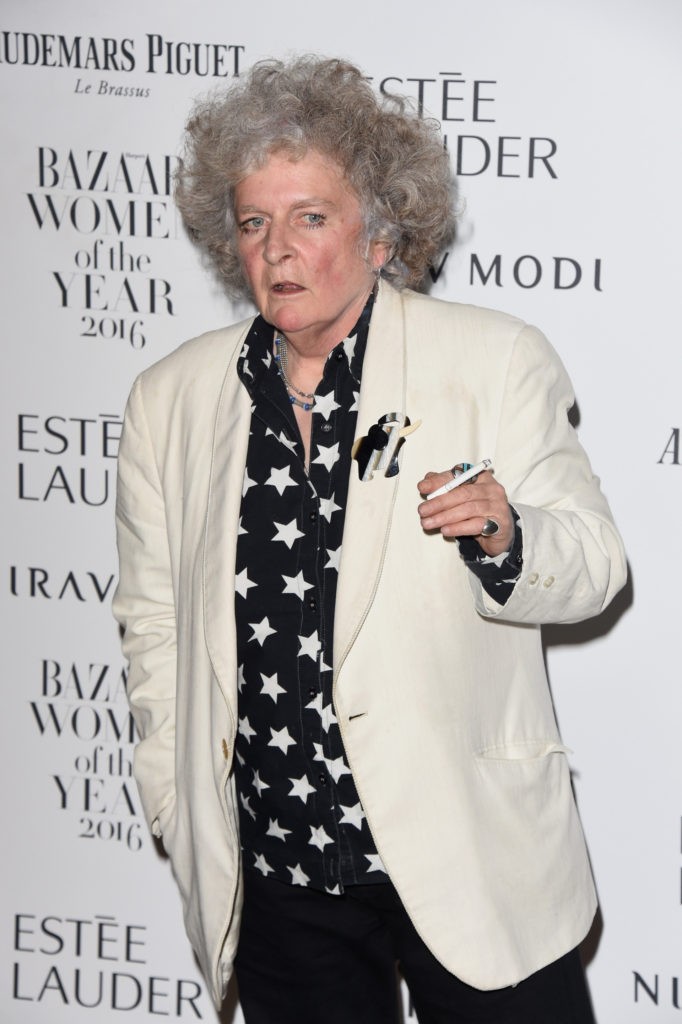