The German city of Hamburg is renovating a huge statue of former German Chancellor Otto von Bismarck and announced it will hold a competition featuring African artists and scientists to “contextualise” the statue.

The 34 meters (111 feet) statue of the Iron Chancellor, originally unveiled in 1906, has been under renovation since the beginning of last year at the cost of around nine million euros (£7.7 million/$10.9 million).

The senator of Hamburg has announced it will be holding a competition to rework the statue to transform it and the work will start at the end of this year, Die Welt reports.

The competition will involve four public workshops featuring artists and scientists “especially from Africa,” according to the newspaper.

“A diverse jury, which has yet to be appointed, will select the winning design,” the Senate said in response to a question over the competition.

Statue Torn Down in Bristol to Go on Display in Museum, Still Covered in Graffiti, with Garbage and BLM Posters https://t.co/vKe5Z7X7sw 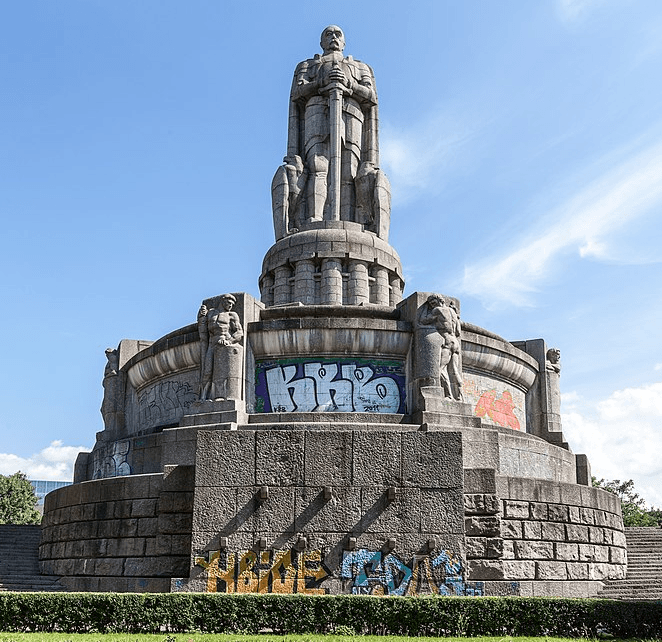 Die Welt notes that Bismarck “stands for the anti-democratic, militaristic and repressive orientation of the German Empire,” and that he had a major role in Germany’s late 19-century colonialism in Africa.

Last year, the statue of Bismarck was a target for Black Lives Matter (BLM) protestors as well as German pastor Ulrich Hentschel, who suggested that Bismarck’s statue be beheaded.

“In other words, there would be irritation. This is enormously important so that one breaks open the monumentality and force of this monument. There is no point in installing a few explanatory panels in the catacombs. The force must be broken,” he said last year in July.

“In the end, the old Bismarck is no longer allowed to dominate Hamburg in his heroic pose with the sword,” he added.

Several statues, often associated with colonialism, have been beheaded since the death of American George Floyd last year.

Most recently, a statue of Canadian educator Egerton Ryerson was torn down at Ryerson University in Toronto and its head was removed by far-left extremist activists. The statue was later thrown in the Toronto harbour.