The two MPs were both sanctioned earlier this year by Beijing for supporting sanctions against Chinese officials involved in the persecution of the Uyghur people in the Xinjiang region of China.

On Saturday, they came together to express their bi-partisan belief that the communist nation must be confronted by the international community. 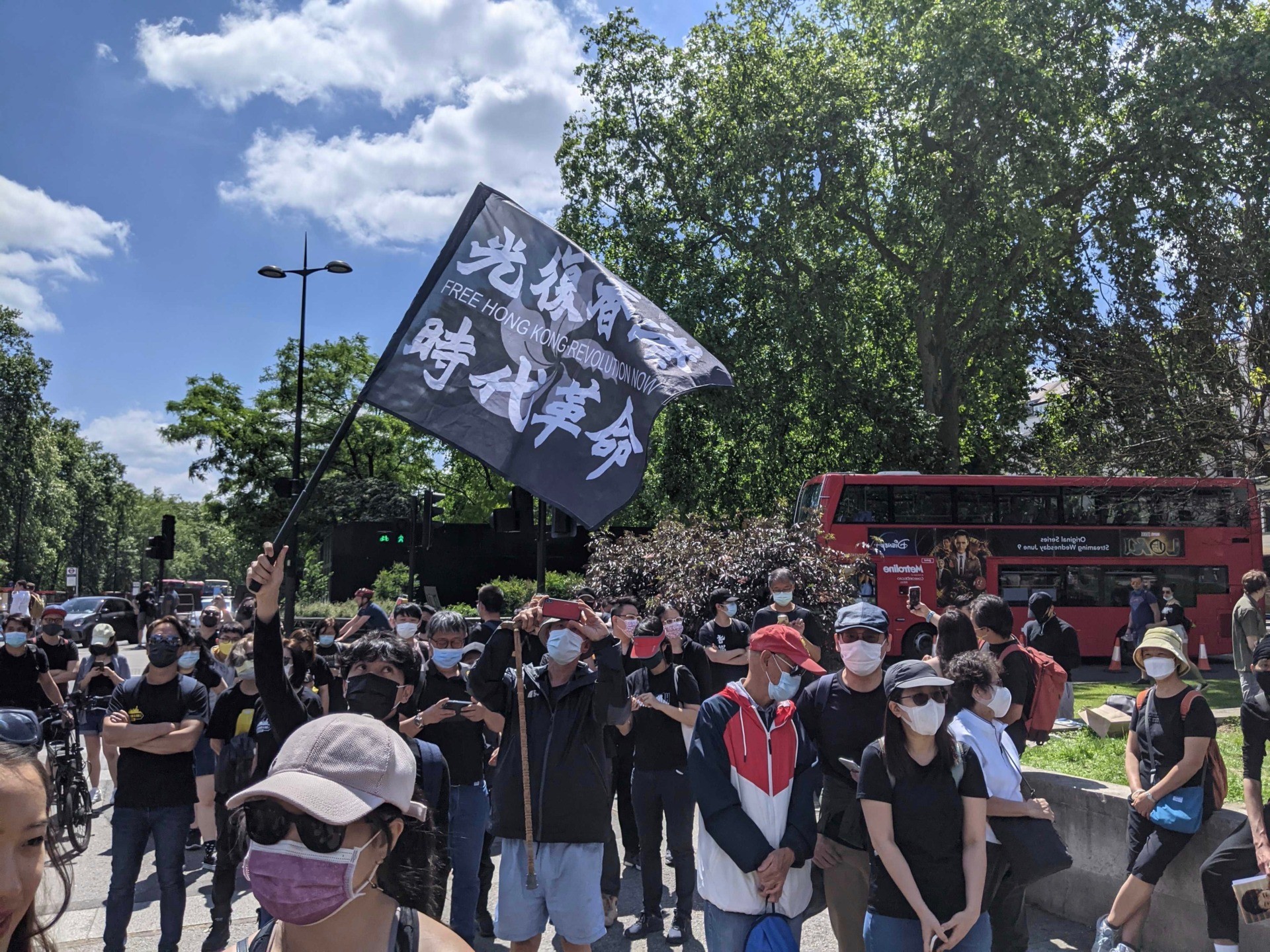 Mr Kinnock said that “the British government is simply not doing enough,” explaining that for successive governments, the United Kingdom has sought to deepen economic ties with the communist dictatorship, most notably under the “Golden Era” agenda put forward by former prime minister David Cameron and then-Chancellor of the Exchequer George Osbourne.

The Labour MP accused the Conservative governments of being “naive and complacent” in the way they have handled Chinese relations.

“They thought they opened the doors to China and in return we would see China aligning with international norms, human rights, and standards. The opposite has happened.

“We have seen an increasingly authoritarian regime, disregarding the international rule of law in Hong Kong, abusing the human rights of the Uyghur people in Xinjiang, and increasingly belligerent in the South China Sea and Taiwan.”

Mr Kinnock said that the only way to confront the aggressive moves by Beijing will be through a “far more robust” approach taken by the international community. 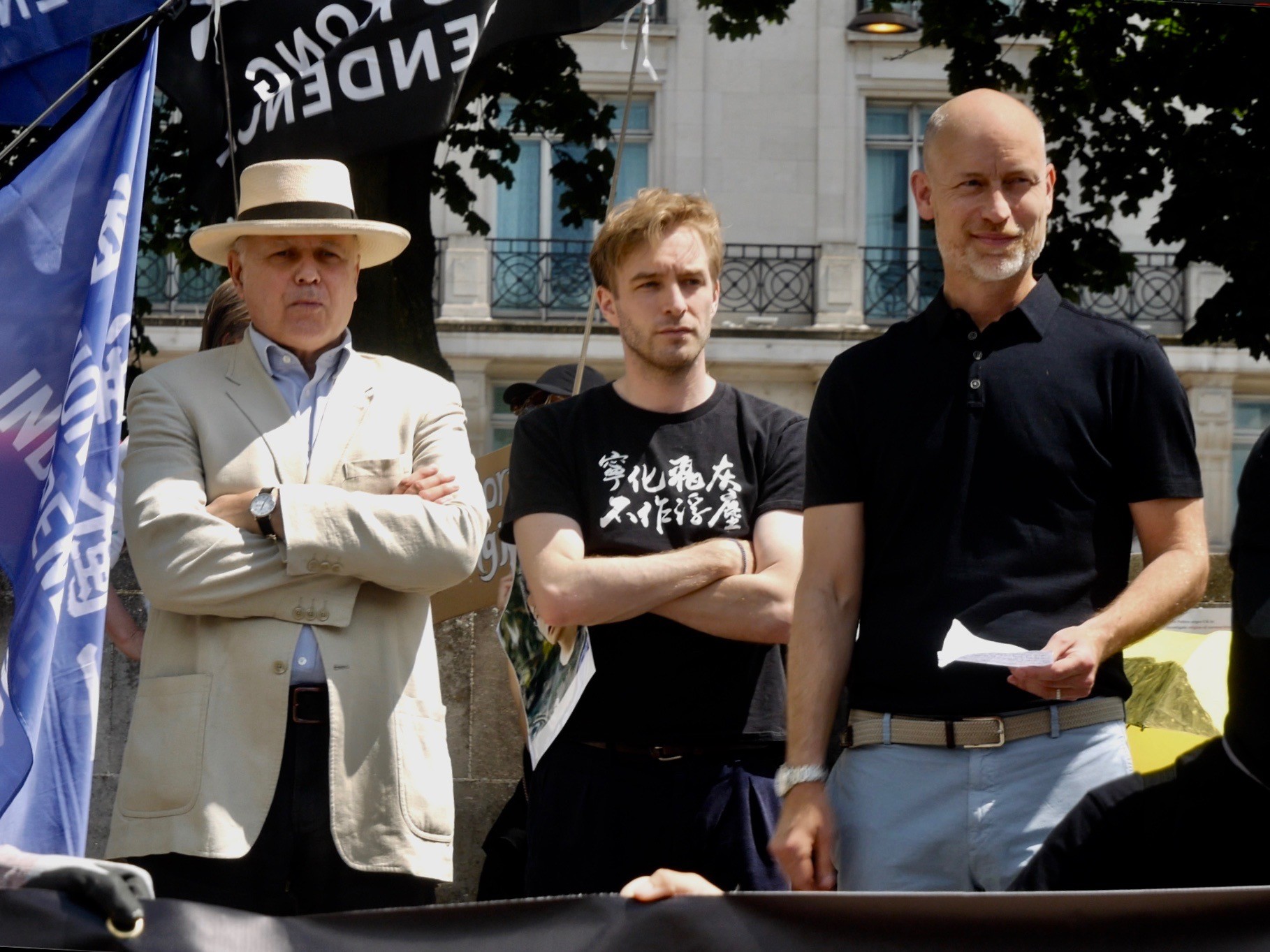 The former leader of the Conservative Party, Sir Iain Duncan Smith said: “I’m from a different party but Stephen and I stand up for your freedoms and your rights and we will never bend or let party difference come between us.”

Smith said that the leaders of the free world must make a “powerful statement” on Hong Kong, or they will have “failed”, saying that “freedom Trumps everything”.

“This lesson has had to repeat itself, for those who thought at the end of the Cold War that democracy and freedom had won, they were wrong. Nothing is forever, you must fight for the things that matter or they will be taken from you.”

Comparing the Chinese state to the Nazi regime, Sir Iain said: “The history of the 1930s showed us what happens when we turn a blind eye to terrible regimes who would destroy people’s lives, we cannot do this again.”

In an exclusive interview with Breitbart London during the same protest, Sir Iain Duncan Smith said that the free nations of the world must “move away from the idea of a greedy rush to China”.

The MPs were joined by prominent Hong Kong activists Nathan Law, Finn Lau, and Simon Cheng, all of whom are living in the UK in exile. 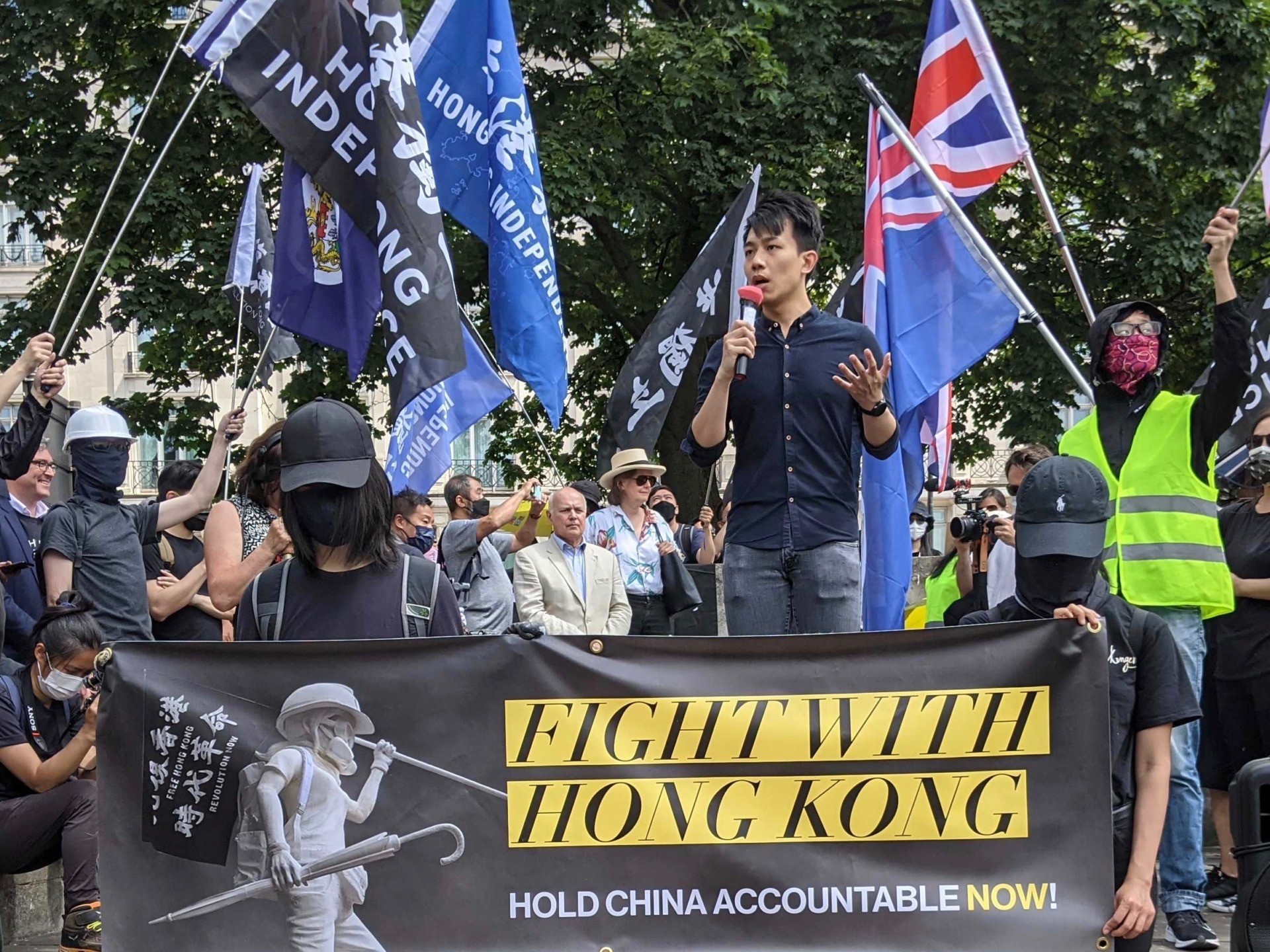 The G7 summit is expected to conclude on Sunday with an announcement of the formation of a “green” alternative to China’s Belt and Road Initiative (BRI). The initiative has seen the CCP funnel massive investments across the Third World, often using debt-trap diplomacy to further impoverish the countries while the Chinese scoop up hard assets such as real estate and infrastructure works.

In response to the potential G7 action, a spokesman from the Chinese embassy in London said: “The days when global decisions were dictated by a small group of countries are long gone.

“We always believe that countries, big or small, strong or weak, poor or rich, are equals, and that world affairs should be handled through consultation by all countries.”

"I would like the G7 to review the whole idea that we can protest a little bit about China's eradication of freedom and democracy but still rush to them to invest with them and to take their money… move away from the idea of a greedy rush to China" https://t.co/xYOTe8HHhU