BERLIN (AP) – The death toll from flooding in Western Europe climbed above 180 on Sunday after rescue workers dug deeper into debris left by receding waters.

Police put the toll from the hard-hit Ahrweiler area of western Germany’s Rhineland-Palatinate state at more than 110 and said they feared the number may still rise. In neighbouring North Rhine-Westphalia state, Germany’s most populous, 45 people were confirmed dead, including four firefighters. And Belgium has confirmed 27 casualties.

Chancellor Angela Merkel was due to visit Schuld, a village near Ahrweiler that was devastated by the flooding, later Sunday. Her visit comes after Germany’s president went to the area on Saturday and made clear that it will need long-term support. 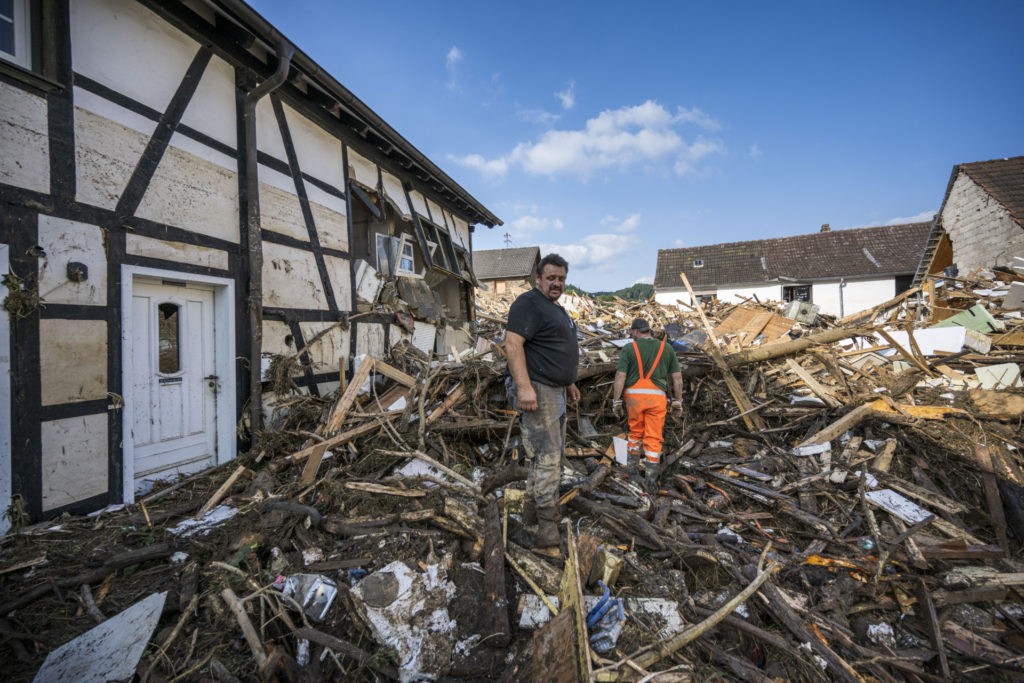 SCHULD, GERMANY – JULY 17: A resident stands in the mess of trees, furniture and what else is left back after the flood on July 17, 2021 in Schuld, Germany. While the water masses are slowly receding from many flooded areas in North Rhine-Westphalia and Rhineland-Palatinate, the search for fatalities continues in the rubble of the disaster areas. By Saturday, that number had risen to more than 130, with more than 90 people killed in the greater Ahrweiler area alone, according to police. (Photo by Thomas Lohnes/Getty Images)

Finance Minister Olaf Scholz said he will propose a package of immediate aid at a Cabinet meeting on Wednesday, telling the Bild am Sonntag newspaper that more than 300 million euros ($354 million) will be needed. And he said that officials must start setting up a rebuilding program which, from experience with previous flooding, will be in the billions of euros.

Although rain has stopped in the worst-affected areas of Germany, Belgium and the Netherlands, storms and downpours have persisted in other parts of western and central Europe. There was flooding Saturday night in the German-Czech border area, across the country from where last week’s floods hit, and in Germany’s south-eastern corner and over the border in Austria. 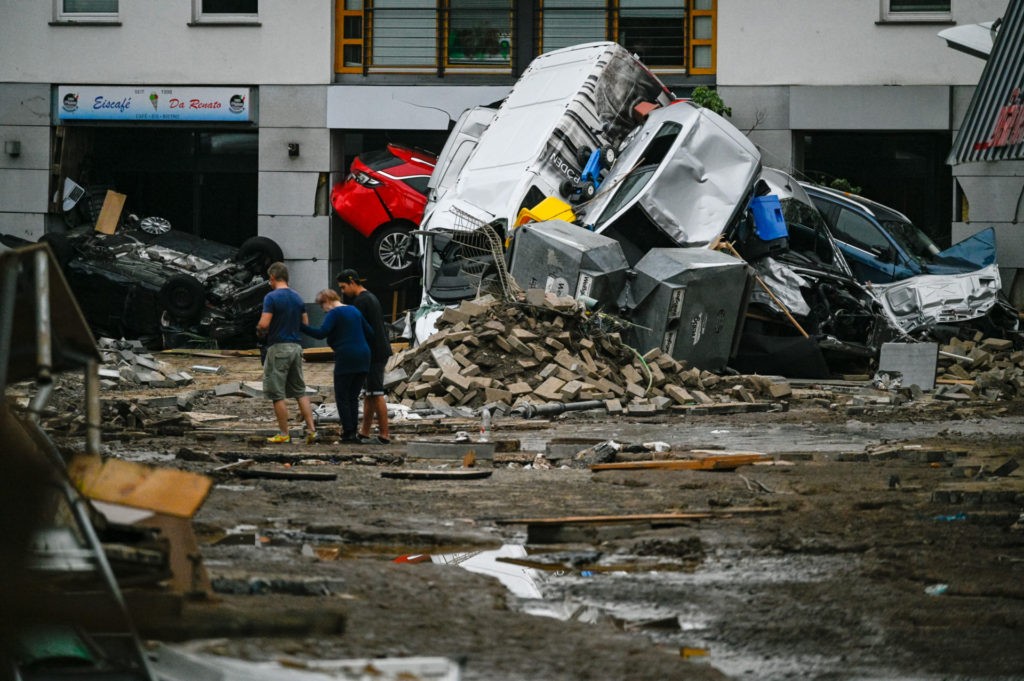 BAD NEUENAHR, GERMANY – JULY 16: Streets and residences damaged by the flooding of the Ahr River are seen on July 16, 2021 in Bad Neuenahr – Ahrweiler, Germany. (Photo by Sascha Schuermann/Getty Images)

Some 65 people were evacuated in Germany’s Berchtesgaden area after the Ache River swelled. At least one person was killed.

A flash flood swept through the nearby Austrian town of Hallein late Saturday, but there were no reports of casualties. 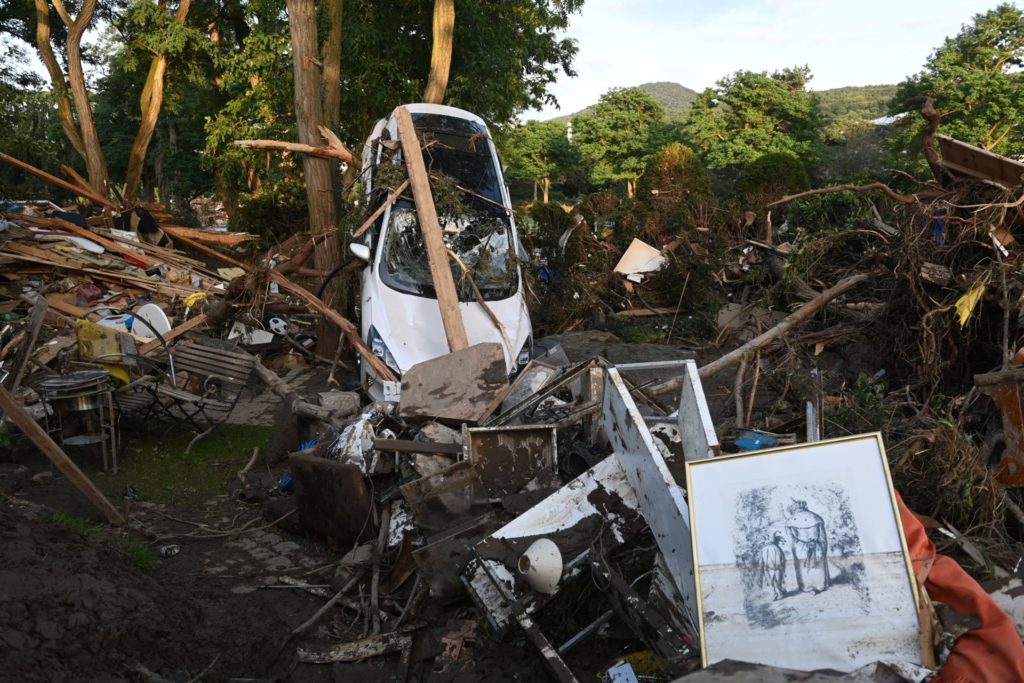 TOPSHOT – A destroyed family garden is seen in Bad Neuenahr-Ahrweiler, western Germany, on July 17, 2021. – Devastating floods in Germany and other parts of western Europe have been described as a “catastrophe”, a “war zone” and “unprecedented”, with more than 150 people dead and the toll still climbing on July 17, 2021 (Photo by CHRISTOF STACHE / AFP) (Photo by CHRISTOF STACHE/AFP via Getty Images)

Climate scientists say the link between extreme weather and global warming is unmistakable and the urgency to do something about climate change undeniable.

Scientists can’t yet say for sure whether climate change caused the flooding, but they insist that it certainly exacerbates the extreme weather that has been on show around the world. 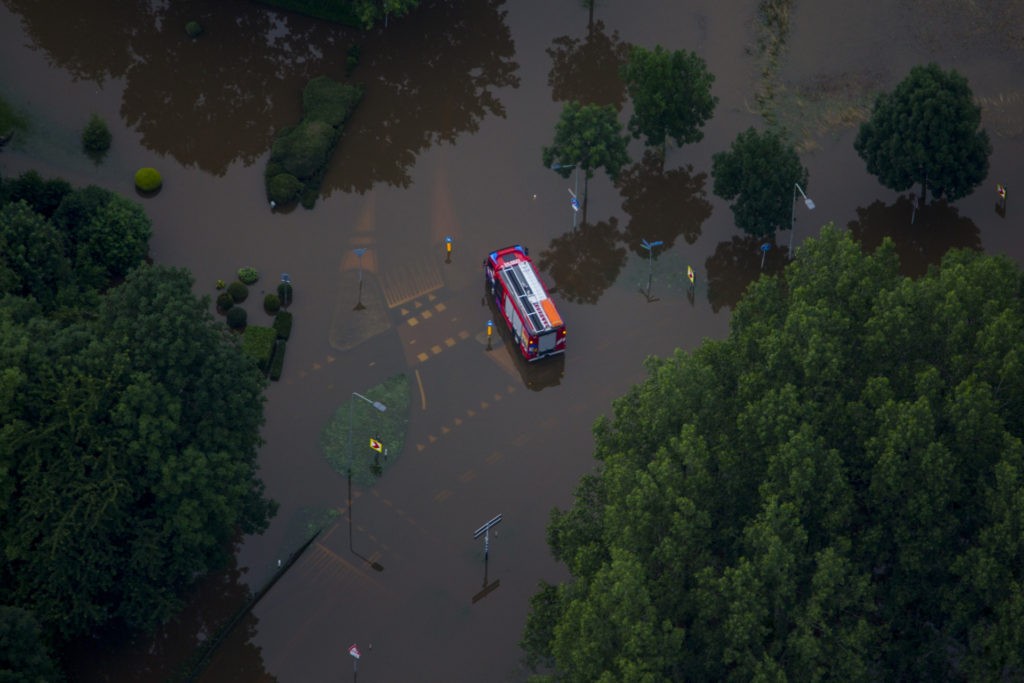 ROERMOND, NETHERLANDS – JULY 16: An aerial view of a Fire Engine near flooding on the Maas river on July 16th, 2021 in Limburg, Netherlands. on July 16, 2021 in Roermond, Netherlands. The flooding has been caused by unusually heavy rain in the hilly parts of Germany and the Ardennes region in Belgium. In Germany the death toll has now passed 100 with dozens more missing. Rescue and evacuation operations are now underway in tricky conditions across the affected regions. (Photo by Cris Toala Olivares/Getty Images)