AFP — With a pair of binoculars, a German police officer working for the EU border agency Frontex scans an empty field crossed by the Belarus-Lithuania border on the lookout for migrants.

The Baltic EU member state has seen more than 2,000 arrivals since the start of the year across the border from Belarus.

Most of the migrants are from Iraq, and Lithuanian officials suspect the influx is being orchestrated by the Russia-backed Belarusian regime as retaliation against EU sanctions.

“I arrived on July 1 and the situation has been interesting from the start because it is very tense,” said the guard, who gave his name only as Mike in line with Frontex policy.

The officer, who previously patrolled the Bulgaria-Serbia border, said he found 80 migrants on his first night patrol.

Lithuania, which has a population of 2.8 million people, has declared a state of emergency over the arrivals and has redoubled diplomatic efforts to stem the flow.

EU Council President Charles Michel also visited the border earlier this month and said the EU was “not intimidated” by the arrivals. 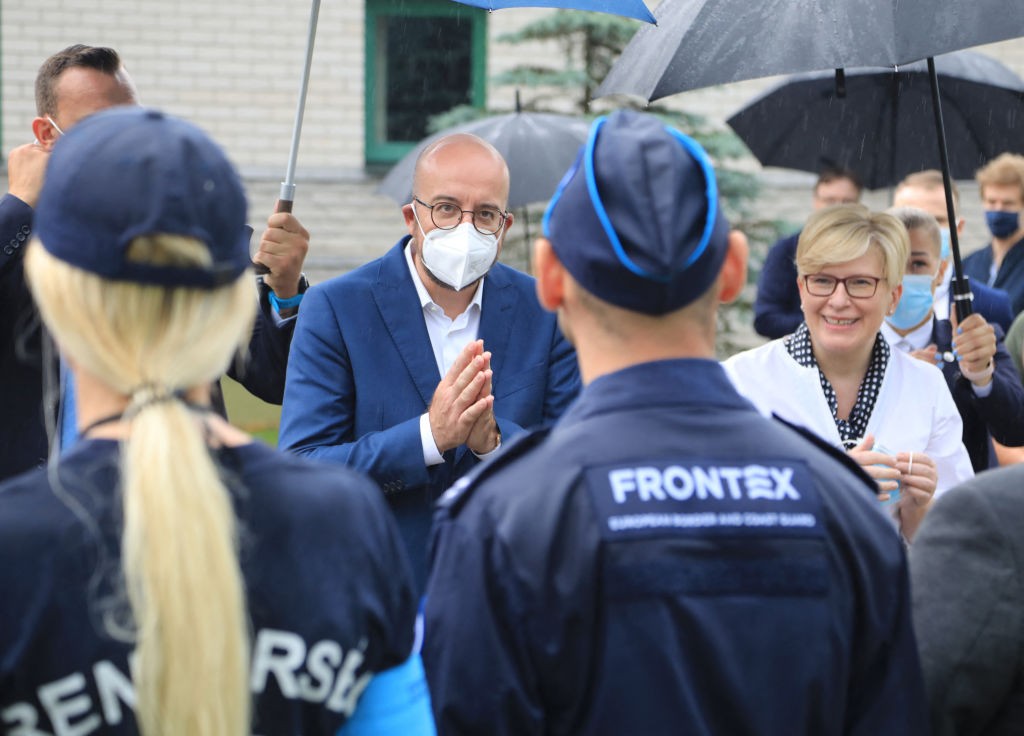 Lithuania’s parliament meanwhile last week gave its go-ahead to a controversial new law that would detain migrants for up to six months and make it harder for them to appeal asylum rejections.

In the border town of Druskininkai in southern Lithuania, six large green tents have been set up near a border post.

Some 130 migrants are being held there — the youngest just three months old — waiting to be transferred to other centres in Lithuania where their asylum requests can be processed.

“Suddenly we saw in a month the same number of irregular entries as over a whole year,” Frontex chief Fabrice Leggeri told AFP this week after inspecting the border.

“Clearly this is a crisis relative to the size of Lithuania and its previous experience. The country is not used to having migrants from the Middle East and Africa,” he said.

By the end of July, Frontex will have deployed 60 officers.

Asked whether Belarusian authorities were facilitating the passage of migrants, Leggeri said: “The Belarusian border guards do not seem to be very active and in any case the cooperation which used to be very close has disappeared completely.”