SAPPORO, Japan (AP) – Ellen White scored her third goal in two games at the Olympics, heading Britain to a 1-0 victory over Japan on Saturday and earning a place in the women’s soccer quarterfinals.

The striker scored both goals in Wednesday’s win over Chile and then added another in the same Sapporo Dome in the 74th minute against the host nation.

The goal came from a defensive mix-up after Lucy Bronze’s cross came into the penalty area. White got ahead of goalkeeper Ayaka Yamashita, rising to nod the ball into the net.

Britain leads Group E with six points, two more than Canada, which beat Chile 2-1 in Saturday’s other game. First place will be decided on Tuesday when Britain plays Canada. 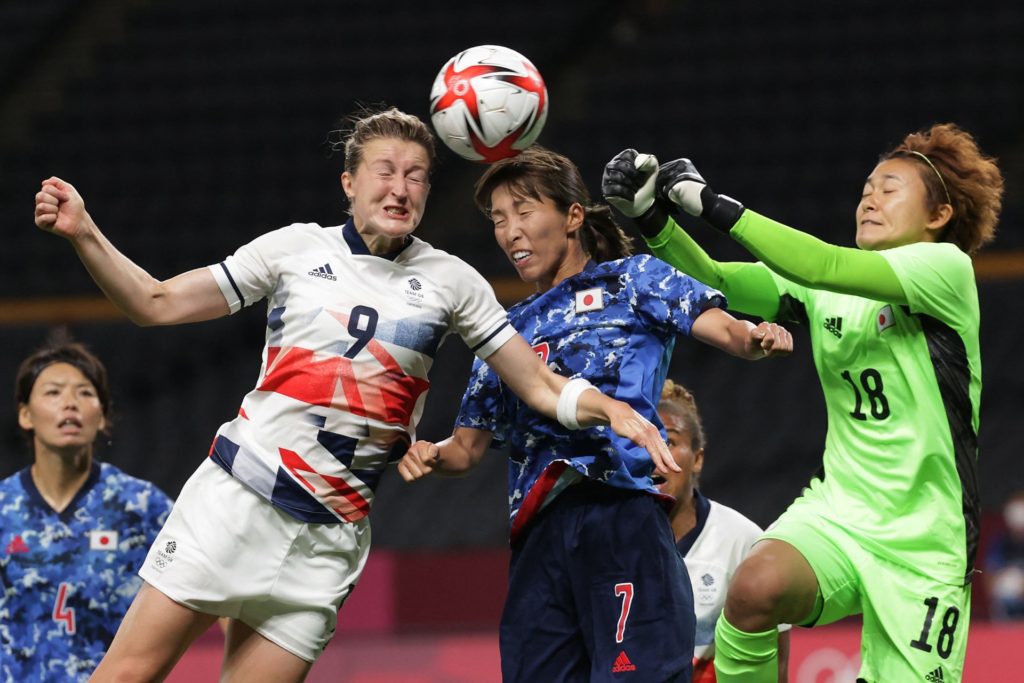 Britain’s forward Ellen White (2nd L) heads the ball to score a goal during the Tokyo 2020 Olympic Games women’s Group E first round football match between Japan and Britain at the Sapporo Dome in Sapporo on July 24, 2021. (Photo by ASANO IKKO / AFP) (Photo by ASANO IKKO/AFP via Getty Images)