Norwegian police have confirmed that at least five people have died after a man armed with a bow and arrows went on a rampage in Kongsberg, with investigators refusing to rule out a possible terror motive.

The attacks took place on Wednesday evening and saw the man carry out his attack, which has left five dead and two others injured, including a police officer.

Local police chief Oeyvind Aas commented on the incident saying, “The man has been apprehended … from the information we now have, this person carried out these actions alone.”

Reports indicate that it took police up to half an hour to arrive at the scene and take the attacker into custody, according to Norwegian broadcaster NRK, and officials have cordoned off large sections of Kongsberg city centre, though no other suspects are currently being sought.

Police were initially alerted to the attack at just after 6 p.m. when several witnesses reported seeing a man attacking others with a bow and arrow. 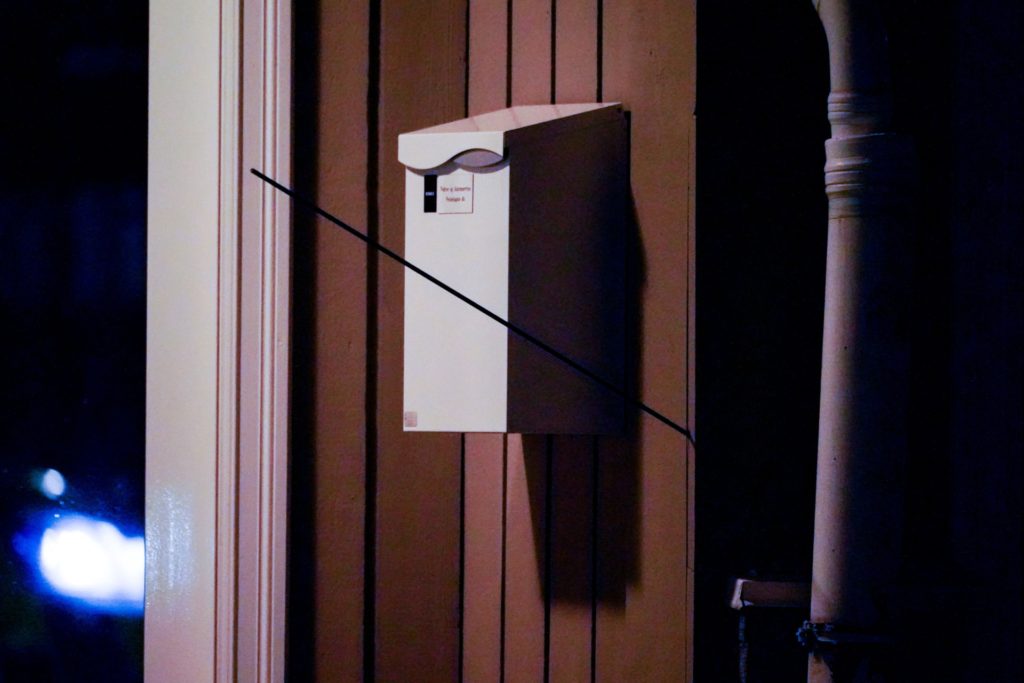 An arrow is left in a wall at the scene where a man armed with a bow killed several people before he was arrested by police in Kongsberg, Norway on October 13, 2021. – A man armed with a bow and arrows killed several people and wounded others in the southeastern town of Kongsberg in Norway on October 13, 2021, police said, adding they had arrested the suspect. (Photo: HAKON MOSVOLD LARSEN/NTB/AFP via Getty Images)

“Given the course of events, it is natural to consider whether this is a terrorist incident. The detainee has not been questioned, and it is therefore too early to say anything about this related to motivation,” police chief Aas said.

The attacks may also be linked to an incident in a local supermarket located in the city centre with the suspect allegedly injuring people inside a Coop Extra shop.

Local journalist Kjetil Stormark stated that he witnessed the police operation to find the suspect, saying: “There were large police forces actively acting and looking for people they were trying to stop. There were also police helicopters and helicopters from the 330 squadron. It looked like they were using infrared cameras to search the riverbed.”

After the attack, Norwegian police were ordered to carry firearms, a practice uncommon in the country. “This is an extra precaution. The police have no indication so far that there is a change in the national threat level,” the Norwegian police directorate said.

Norwegian Prime Minister Erna Solberg spoke on the attack at a press conference, saying: “The messages from Kongsberg tonight are horrible. The perpetrator has carried out fearful actions against several people.” 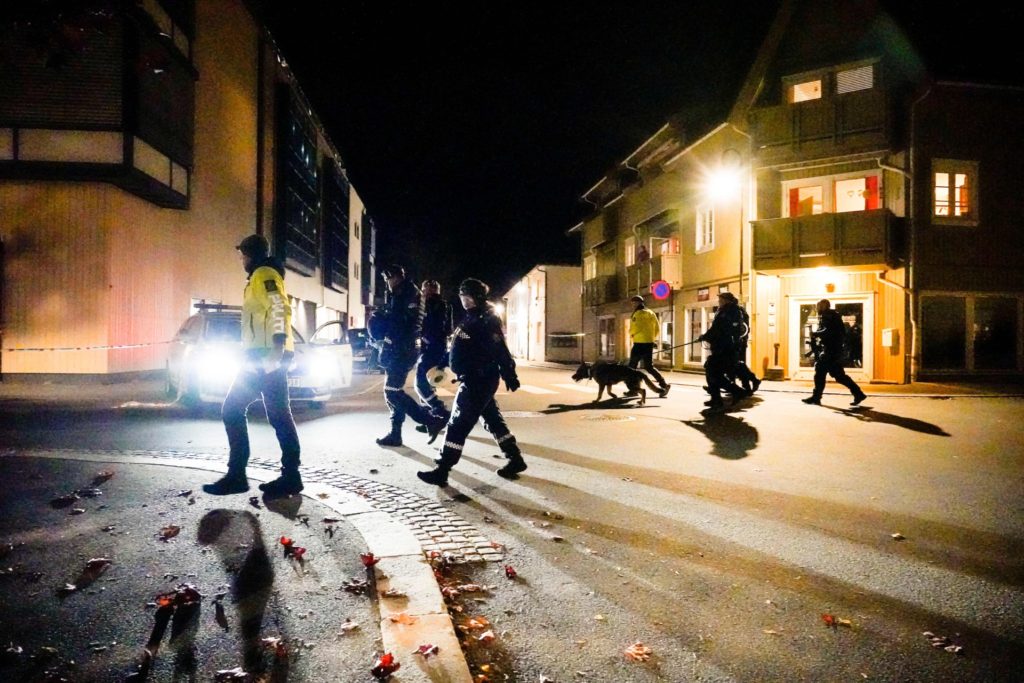 Police officers cordon off the scene where they are investigating in Kongsberg, Norway after a man armed with a bow killed several people before he was arrested by police on October 13, 2021. – A man armed with a bow and arrows killed several people and wounded others in the southeastern town of Kongsberg in Norway on October 13, 2021, police said, adding they had arrested the suspect. (Photo by HAKON MOSVOLD LARSEN/NTB/AFP via Getty Images)