Giorgia Meloni, leader of the Brothers of Italy party that won the most votes in Italy’s national election, was preparing to be the country’s first woman premier on Monday. The center-right coalition leader is bound for office declaring “We defend God, country, and family” built on opposition to gender ideology and the LGBT lobby alongside support for strong borders and an end to limitless mass migration.

Meloni sounded a moderate, unifying tone in a victory speech that noted Italians had finally been able to clearly determine who they wanted to govern and the direction they wished to go in defiance of establishment elites.

“Italians have sent a clear message in favour of a right-wing government led by Brothers of Italy,” she told reporters in Rome, holding up a sign saying “Thank you Italy.”

All of which has sent much of Europe into a gasping, political tail spin. 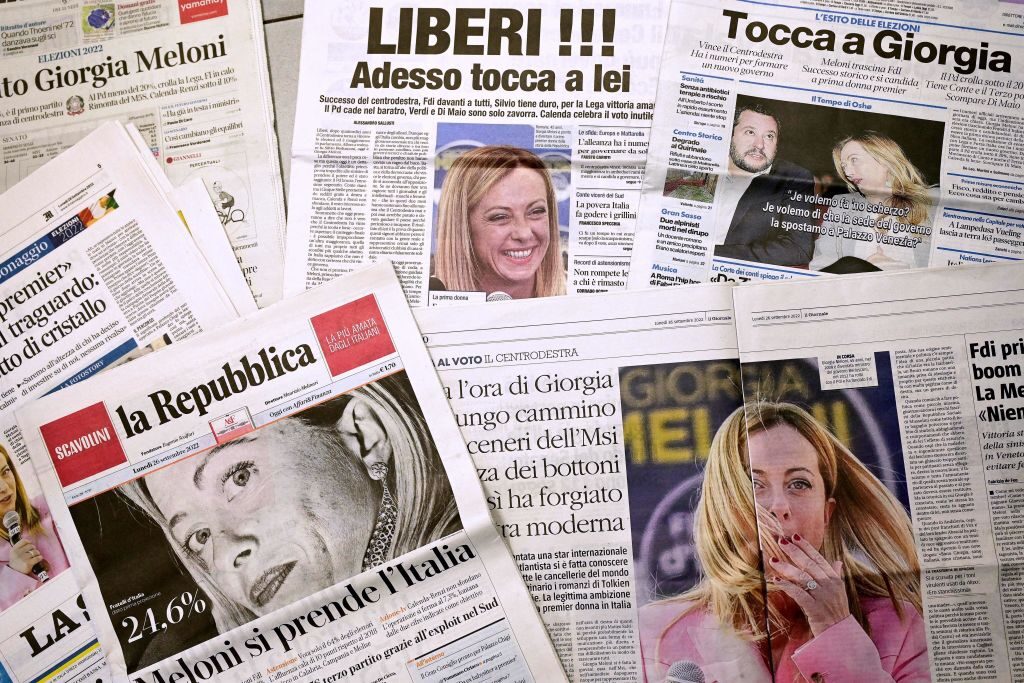 This photo taken in Rome on September 26, 2022, shows front pages of Italian newpapers with photos of leader of Italian party “Fratelli d’Italia” (Brothers of Italy) Giorgia Meloni, a day after her party came top in general elections. (VINCENZO PINTO/AFP via Getty Images)

“Her electoral lip service to Europe cannot hide the fact that she represents a danger to constructive coexistence in Europe,” she was quoted as saying by German daily WELT, AP reports.

“I am afraid of incompetence, not the fascist threat,″ said Roberto D’Alimonte, a political science professor at LUISS, a private university in Rome. ”She has not governed anything.”

He neglected to mention Meloni did serve as youth minister in Berlusconi’s last government a decade ago. 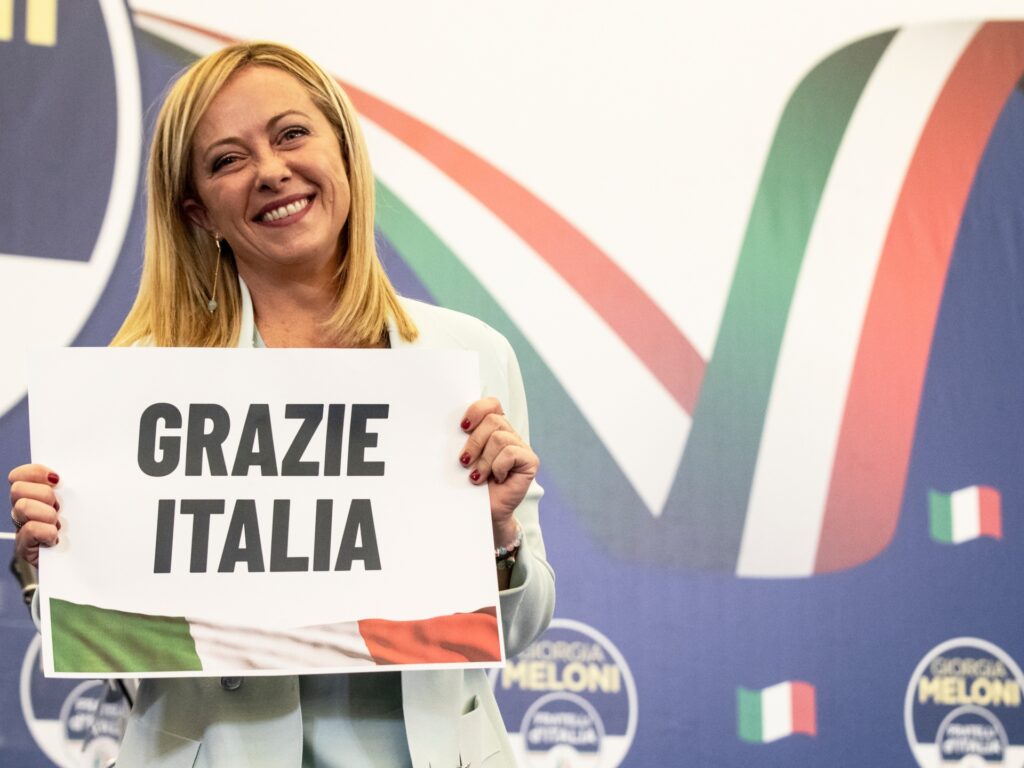 Prof Gianluca Passarrelli of Rome’s Sapienza University told the BBC he hoped she would avoid rocking the boat on Europe and focus on other policies, before expressing the fear she might enact the promises she was elected on, cautioning “I think we will see more restrictions on civil rights and policies on LGBT and immigrants.”

German magazine Stern splashed its front page with a photo of Meloni, under the banner: “The most dangerous woman in Europe.”

The Financial Times reports just last week E.U. commission chief Ursula von der Leyen put Rome in the same basket with Budapest and Warsaw as challengers to the overarching desire of the E.U. to govern all of Europe without exception or challenge to its own autocracy.

“If things go in a difficult direction,” she said when asked about the Italian elections, “I’ve spoken about Hungary and Poland, we have tools.”

This was a reference to the rule of law disputes and funding freezes that both countries have experienced.

The implied threat sparked outrage in Rome, particularly amongst the political right of center and online in the MIGA (“Make Italy Great Again”) circles, where von der Leyen was accused of interfering in the election.

Despite the threats from around the E.U., Meloni has no intention of being intimidated as her audience saw as far back as 2019 at the World Congress of Families:

Wow. Italy’s new Prime Minister Giorgia Meloni sums it up perfectly. No wonder the elites and establishment don’t want her to succeed. pic.twitter.com/aYdecShaNs

She will need that fortitude in coming months and years.

Italy is suffering rampant inflation while an energy crisis looms this winter, linked to the conflict in Ukraine.

The Italian economy, the third largest in the eurozone, is also saddled with a debt worth 150 percent of gross domestic product.

Despite the gasps from her opponents inside and outside Italy, Meloni is bound to act to secure the country’s economic future despite what her detractors say is her underlying euroskeptic beliefs.