It may be that one of the very first things you see in Harry and Meghan’s Netflix documentary is getting fact-checked, with Royal sources allegedly challenging the notion they were approached with the chance to address the accusations made in the series but declined.

Multiple reports claim palace sources have hit back at Harry and Meghan’s salacious Netflix documentary, with the opening assertion of the series that members of the Royal Family had been given the chance to comment on claims made but chose not to being challenged as a falsehood.

The Royal palaces have officially stated they will not be commenting on any aspects of the Netflix shock doc, which was released today, leaving the informal channels of ‘Royal insiders’ and ‘palace sources’ — all unnamed and consequently all but impossible to adequately verify — as the only means of getting Royal reaction to the sensational claims made.

While all such claims made should be taken with a pinch of salt, nevertheless, two major British newspapers have cited their own sources to state them, alongside a popular magazine.

The Daily Mail, for their part, cite a “Buckingham Palace source” responding to a title card in the first seconds of the first episode of the Harry and Meghan programme which reads “Members of the Royal Family declined to comment on the content within this series”, who made clear that in their view this was not true. The newspaper reported that:

…hours after the first three episodes began streaming, royal officials in London insisted they were never asked to respond at all.

The source was clear that neither Buckingham Palace, Kensington Palace nor any member of the family were approached for comment on the content of the Duke and Duchess of Sussex’s Netflix series.

Adding intrigue, both the Mail and the Daily Telegraph — claiming their own palace insiders — assert that while questions put to the Royal Family by an unknown third party had been put forward, the Palace was unable to ascertain the identity of the interlocutor and so did not respond. As the Telegraph has it:

[The Palace] said they contacted both Archewell Productions and Netflix in an attempt to verify the authenticity of the email but received no response.

In the absence of any verification, they felt unable to provide any response, it is understood.

Both papers report that Netflix continues to insist it had given Royals a chance to respond to allegations.

As already reported, the content of the Netflix programmes promoted racial narratives and featured fringe academics with questionable track records in promoting divisive racial politics. Prince Harry pushed racism allegations himself in the show, and made clear his intention to fight the media, saying “This is about duty and service and I feel being part of this family, it is my duty to uncover this exploitation and bribery that happens within our media”.

While the $100 million Netflix show has aired today three months after the death of Britain’s late Queen Elizabeth II, it was filmed in her lifetime. It has been claimed that the Queen was suffering from incurable bone cancer towards the end of her life and was “devastated” by what was allegedly taken to be a betrayal by Harry and Meghan when they decided to withdraw from the Royal Family.

Beyond the musings of unnamed palace insiders showing preference to a handful of London newspapers, there may be some subtle indications about the strength of feeling in the Royal Family itself available to see in the public realm.

While Prince Harry’s father King Charles III continued with his Royal duties as normal today as the documentary was released, eagle-eyed observers may have noted his unusual choice of silk necktie, showing what appears to be a recurring axe motif. Axes have a very definite association with royalty in the United Kingdom, quite often with the execution of traitors to the monarchy — and rarely royals themselves — in centuries past. 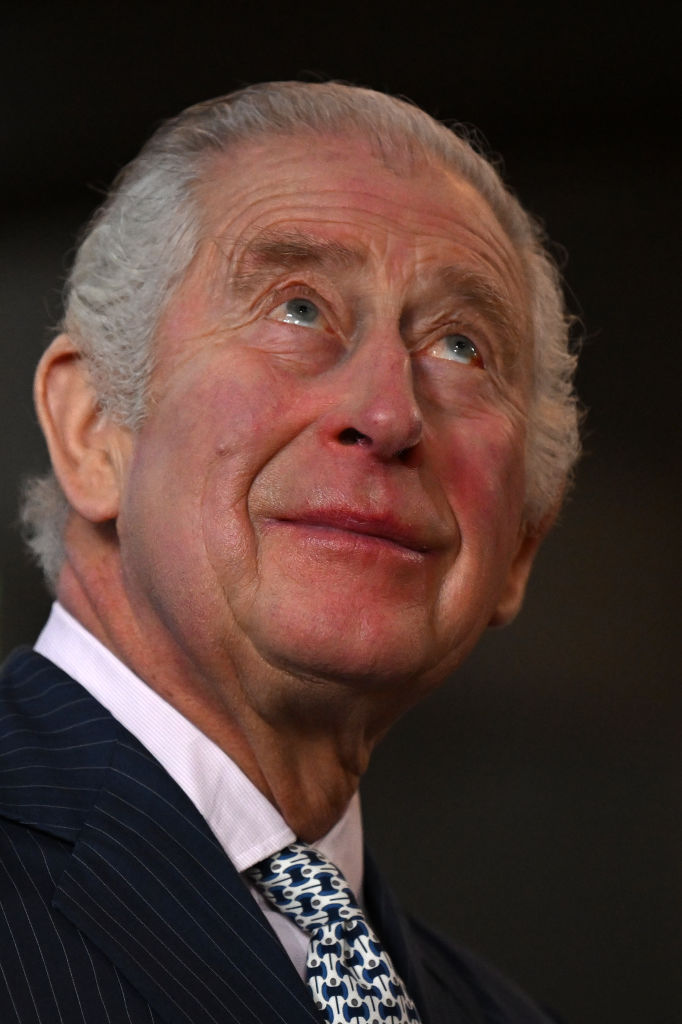