The Turkish government has responded with outrage after anti-Islamisation campaigner Rasmus Paludan went ahead with his planned Qur’an burning protest in Stockholm on Saturday.

The burning of the Qur’an outside the Turkish embassy in Stockholm on Saturday afternoon, one of dozens of such protests performed in European countries in recent years by strict anti-Islamisation campaigner Rasmus Paludan, went ahead on Saturday in the face of warnings by the Turkish government to Sweden that the event should be banned. A large police presence looked on as the book was set alight and eventually dropped to the ground.

As well as Paludan having been physically attacked for his protests in the past, there was also a counter-protest of pro-Erdogan Turks present, Reuters reported.

The Turkish government, which under President Recep Tayyip Erdoğan has drifted from being one of the most successfully secularised post-Islamic states in the world to having a de-facto Islamist stance, had warned the Swedish government in grave tones about the importance of banning the protest from taking place. Sweden is presently applying to join the NATO defence alliance, and Turkey as a member has the power to veto their acceptance.

News that the burning of the Qur’an had gone ahead in Sweden were met with counter-protests in Istanbul, with a group of around 200 gathering outside the Swedish embassy to shout slogans, make the now-familiar one-fingered salute, and burn the Swedish flag, so reports Reuters. The Turkish government said: “We condemn in the strongest possible terms the vile attack on our holy book … Permitting this anti-Islam act, which targets Muslims and insults our sacred values, under the guise of freedom of expression is completely unacceptable.”

The issue of the book burning is particularly focussed on the Swedish government by Turkey because Paludan, who points to the often violent response to his Qur’an burnings — and even ‘Qur’an throwings‘ — as evidence of his claim that Muslims can be intolerant and incompatible with Western values, applied to the Swedish government for permission to undertake the protest. This, in Ankara’s view, gave Stockholm a chance to block the protest which they chose not to take.

The demonstration came nearly a year after Paludan and his group Stram Kurs (Hard Line) carried out a series of other Qur’an burning protests across Sweden over Easter, which led to extensive rioting in multiple cities and attacks on police by outraged Muslims. 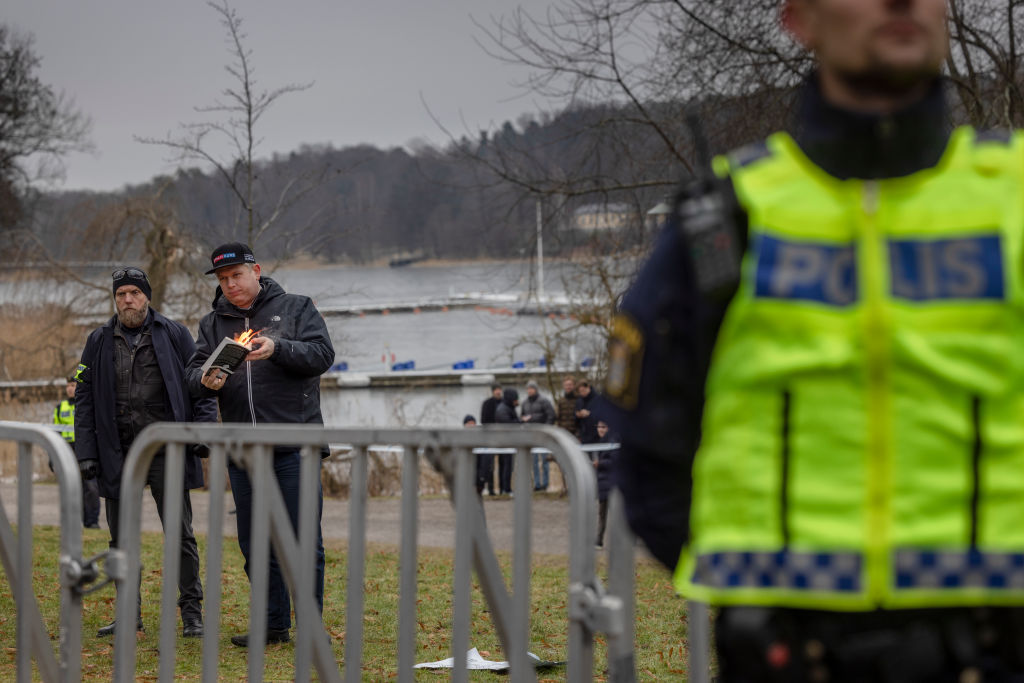 Rasmus Paludan burns a Koran outside of the Turkish embassy on January 21, 2023 in Stockholm, Sweden. Swedish authorities granted permission to a series of protests for and against Turkey amid the bid to join NATO, with far-right Danish-Swedish politician Rasmus Paludan – a controversial figure in Sweden – set to stage a Koran burning outside the Turkish embassy, as well as pro-Erdogan and pro-Kurdish groups protesting simultaneously. (Photo by Jonas Gratzer/Getty Images) 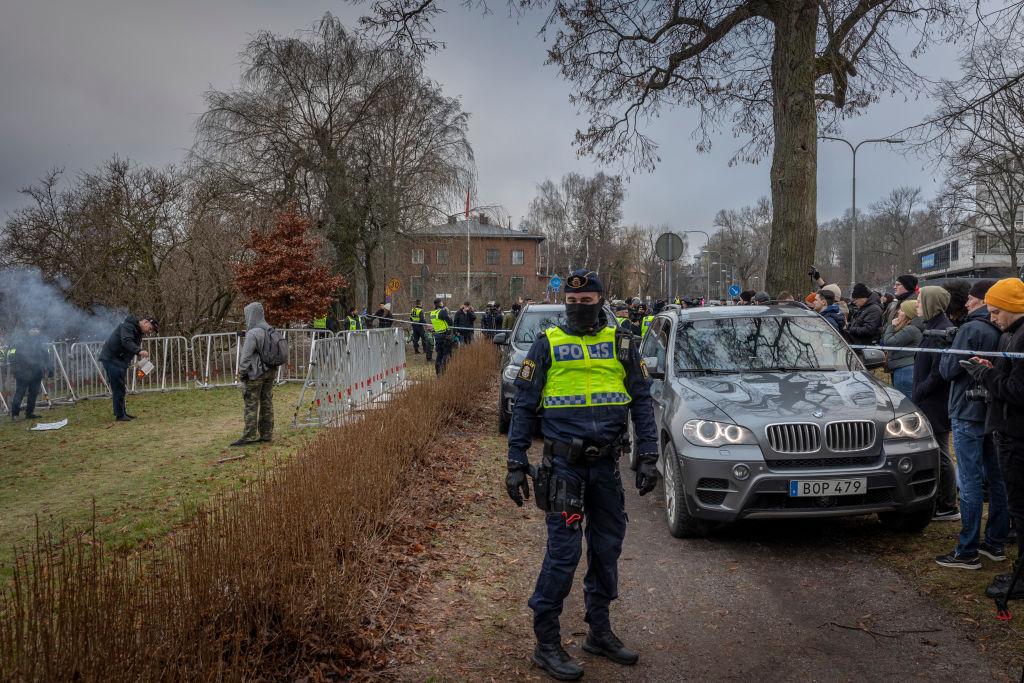 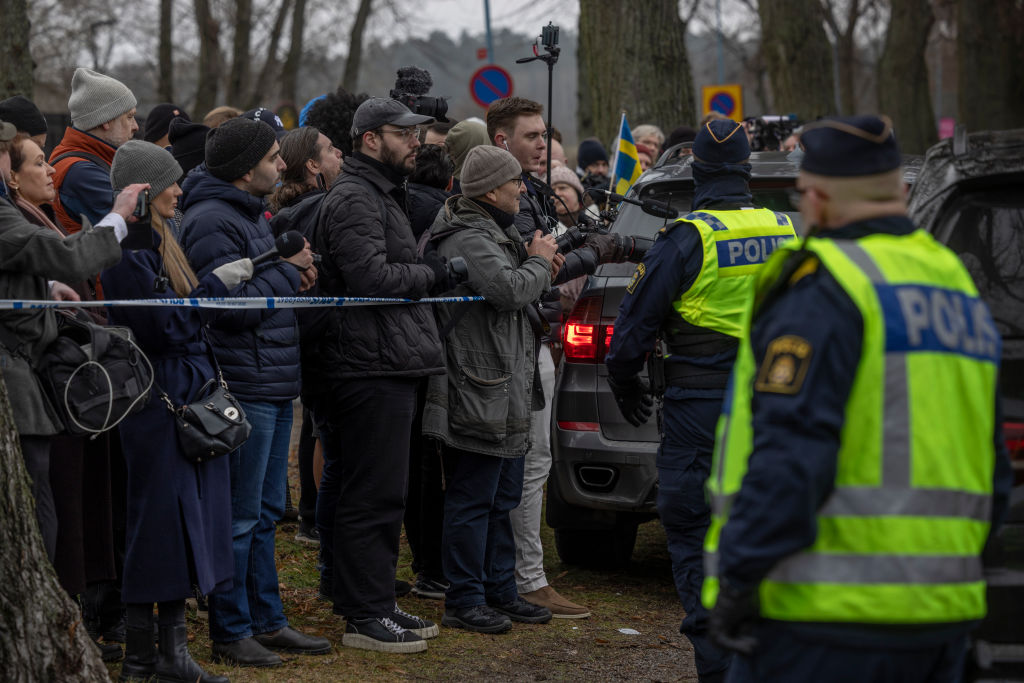 Some officials later testified during a trial for one of the individuals who participated in the violence that they feared they were going to be killed during the riots.

Relations between Turkey and Sweden are already low, after months of considerable demands from Ankara for Stockholm to deport critics of Erdogan and alleged Terrorists to Turkey in return for the country accepting their bid to join NATO. There have been protests specifically on this issue. In early January, an effigy of President Recep Tayyip Erdogan was hung outside Stockholm city hall.

While Turkish officials demanded an investigation into the incident, Swedish prosecutors stated that no crime had been committed and no investigation would take place. 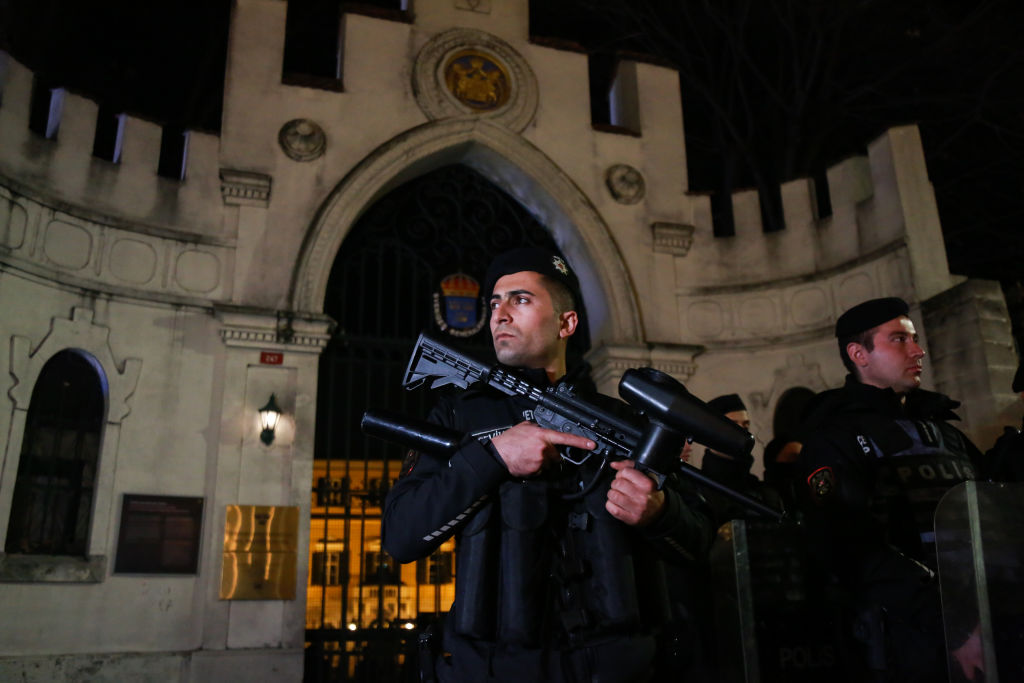 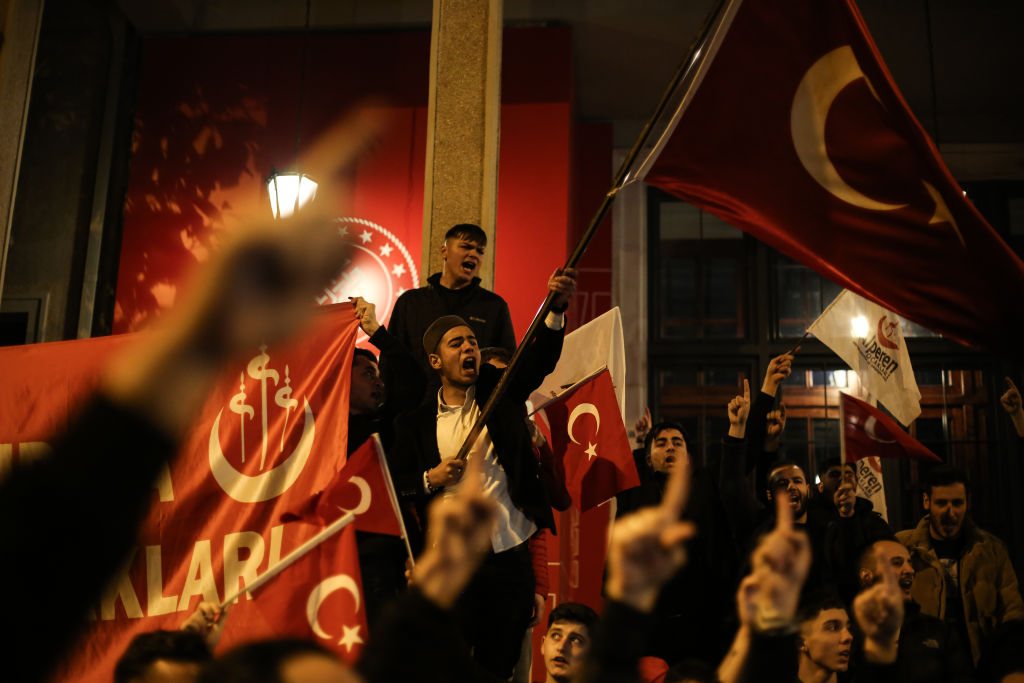 A protest against the burning of the Qur’an in Sweden is held in front of the Swedish Consulate on January 21, 2023 (Photo by Hakan Akgun/ dia images via Getty Images) 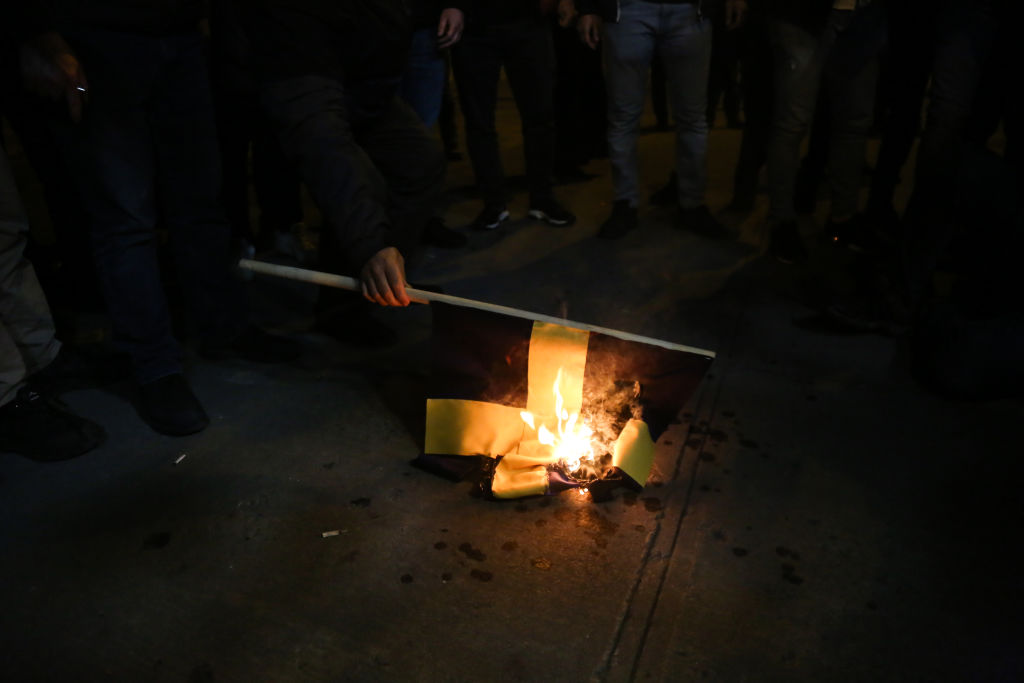 A protest against the burning of the Qur’an in Sweden is held in front of the Swedish Consulate on January 21, 2023 (Photo by Hakan Akgun/ dia images via Getty Images)

Swedish Police Feared They Were Going to Die During Easter Qur’an Riotshttps://t.co/l8amnbjVnr