In his interview with Vatican News, Parolin decried the “cancellation” of the roots of Europe, “especially as regards Christian holidays and the Christian dimension of our Europe.”

Banning “Merry Christmas” or references to Christmas holidays is wrongheaded, the cardinal insisted, because it fails to respect culture and the legitimate differences between people in an attempt to “homogenize” everything to a least common denominator.

These differences “should not become an opposition or a source of discrimination, but must integrate precisely to build a full and integral humanity,” he said.

The internal communications guidelines were drafted by Helena Dalli of Malta, the European Commissioner for Equality, in a purported effort to promote “an inclusive communication.” 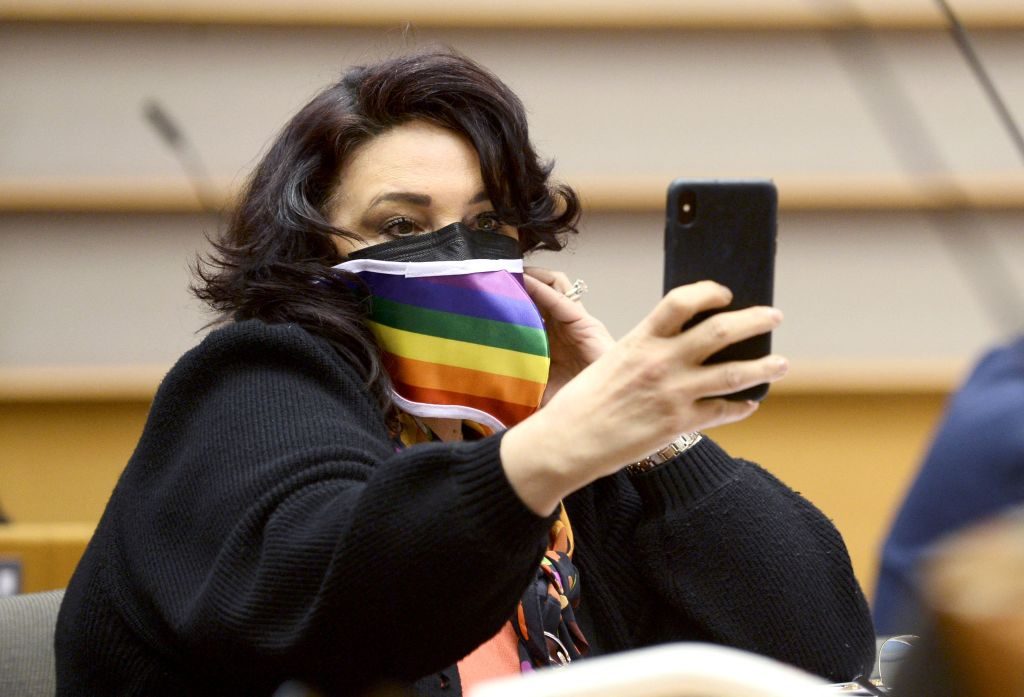 European Commissioner for Equality Helena Dalli takes a selfie with a face mask bearing rainbow colours during a plenary session at the European Parliament in Brussels, Belgium on March 10, 2021. (JOHANNA GERON/POOL/AFP via Getty Images)

The 30-page manual stipulated abandoning any references to holidays of specific religious traditions in favor of generic expressions such as “winter break,” as well as more gender-neutral, LGBTQ+ friendly language.

“My initiative to draft guidelines as an internal document for communication by Commission staff in their duties, was intended to achieve an important aim: to illustrate the diversity of European culture and showcase the inclusive nature of the European Commission towards all walks of life and beliefs of European citizens,” Dalli said in her defense.

Famiglia Cristiana, one of Italy’s top-selling magazines, declared Wednesday that the EU communication guidelines were not the first attack on Christian Europe by Helena Dalli, but just the latest in a long string of such assaults.

Dalli has promoted the elimination of the expression “husband and wife” in marriage ceremonies in favor of “I declare you spouses,” the article noted, while urging that “father” and “mother” be replaced by “parent 1” and “parent 2” on birth certificates and other official documents.

Following widespread criticism of the E.U. text, the commission walked it back, with Dalli referring to the document as a “work in progress.”