2021 saw Christian populations persecuted in countries around the world, usually without attracting a great deal of headline media coverage.

Christian advocacy group Open Doors found over 340 million Christians facing “high levels of persecution” across the globe, which works out to one-eighth of the total Christian population.

The worst offender for the past 20 years running, North Korea, is a brutal Communist dictatorship hostile to any faith except worship of the ruling Kim dynasty. Most of the other top-ten entries are Islamist governments, but Open Doors saw a troubling rise in Hindu nationalism driving Christian persecution in India:

Hindu extremists believe that all Indians should be Hindus, and that the country should be rid of Christianity and Islam. They use extensive violence to achieve this goal, particularly targeting Christians from a Hindu background.

Christians are accused of following a “foreign faith” and blamed for bad luck in their communities. These believers are often physically attacked and sometimes killed, as well as being under constant pressure from their family and community to return to Hinduism. If they do not “re-convert,” they may be boycotted by their community, with a devastating effect on their ability to earn income. Many believers are isolated and don’t know any other Christians.

Christians are persecuted in all areas of public and private life, and anti-conversion laws (currently in nine states, with more considering adoption) are abused to harass and intimidate Christians. Few people are actually convicted under these laws, but cases can drag on for years.

“The Covid-19 [Chinese coronavirus] pandemic has offered a new weapon for persecutors, though, and Christians are often deliberately overlooked when official Covid-19 food and aid are distributed,” the report said of the situation in India.

The Christian community in India, the largest and oldest in Asia, is stunned by the increase in violent persecution, which has the tacit and sometimes overt support of Indian police and politicians because they view the increasing number of conversions among lower-caste Indians as a threat to Hindu nationalism.

A growing number of Indian states are passing anti-conversion laws against Christians. They often pass similar laws against conversion to Islam, or simply criminalize converting to any religion except Hinduism. Meanwhile, tactics the NYT described as “economic pincer movements” are employed to bankrupt Christian groups in court. 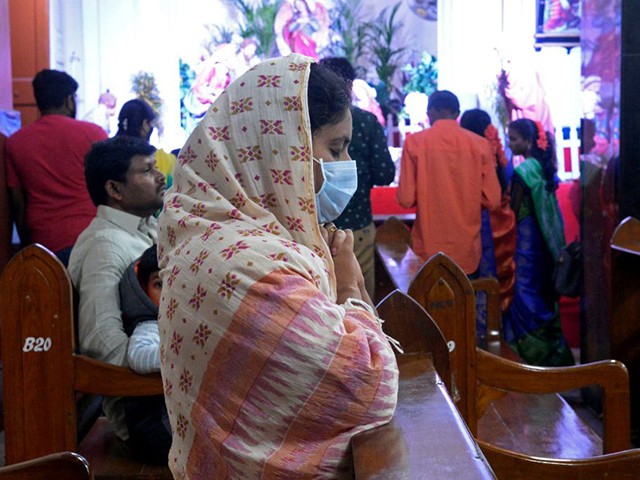 Catholic devotees pray on the occasion of the solemnity of ‘Mary, Mother of God’ at Saint Mary’s Basilica in Secunderabad, the twin city of Hyderabad on January 1, 2021. (Photo by NOAH SEELAM/AFP via Getty Images)

The pandemic was a factor in growing persecution in other nations, fueling a dangerous rise in authoritarian powers that made Christians one of their first targets. Other local factors included violent attacks by Boko Haram and the Islamic State franchise ISWAP in Nigeria, where more Christians were murdered for their faith than any other country.

While these especially savage gangs are prone to killing, raping, and forcibly converting Christians, Open Doors put some of the blame for Nigeria’s dismaying situation at the feet of President Muhammadu Buhari, whose presidency “has seen a sharp increase in attempts to force Islamization on the country, including appointing Muslims to key government positions.”

Afghanistan’s problems are obvious after the Taliban conquest, but conditions there were harsh for Christians even before the Taliban swept into Kabul.

“It is impossible to live openly as a Christian in Afghanistan. Leaving Islam is considered shameful, and Christian converts face dire consequences if their new faith is discovered. Either they have to flee the country or they will be killed,” Open Doors noted.

In some parts of Afghanistan, Christian converts are incarcerated in mental hospitals because “leaving Islam is considered a sign of insanity.”

Eritrean Christians from most denominations face a double threat from the government and the Eritrean Orthodox Church (EOC), a state-sanctioned religious organization. Christians from other denominations tend to fare much worse, and the Eritrean government is both intrusive and oppressive, maintaining pervasive surveillance against disfavored citizens and subjecting them to harsh extra-judicial punishments.

Open Doors analysts argued Communist China played a greater role in worldwide persecution than its Number 17 position on the top-50 list of persecutors would suggest because Chinese surveillance systems and security consulting services have been sold to so many oppressive governments. In effect, China is doing a lot to help the rest of the unfree world grow more proficient at oppression. 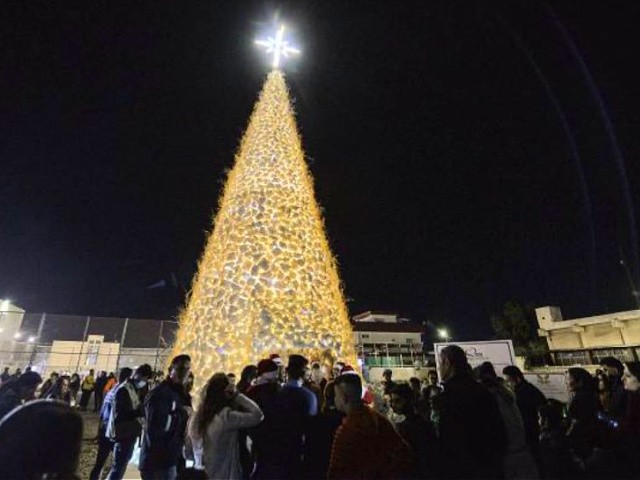 People gather by the giant hollow Christmas tree set up in Iraq’s predominantly Christian town of Qaraqosh (Baghdeda), in Nineveh province, some 30 kilometres from Mosul, on December 7, 2021. (Photo by ZAID AL-OBEIDI/AFP via Getty Images)

Open Doors’ ratings for Christian persecution track fairly well with the U.S. State Department’s annual Report on International Religious Freedom. Many of the same nations appear as “Countries of Particular Concern” for religious persecution, including North Korea, Eritrea, Iran, and Nigeria. The State Department considered adding India to its “red list” of worst offenders, but the proposal was rejected in November; it removed Nigeria this year.

The Pew Research Center found in its latest annual religious freedom report that Christians are “the most persecuted religious group in the world,” with 153 nations reporting attacks or discrimination against them. The number of nations documenting persecution against Christians has doubled in the past 15 years.