California Gov. Gavin Newsom criticized beachgoers Monday in Orange County and Ventura County, who had taken to the coast in large numbers over the weekend, saying that their behavior was an example of “what not to do.”

Newsom was speaking during a press briefing on the state’s progression fighting the coronavirus pandemic.

Local and national media carried photographs of people enjoying the sun in Newport Beach, Huntington Beach, and other locations. Though many people wore masks and kept separate from one another, some photographs provoked criticism and concern. 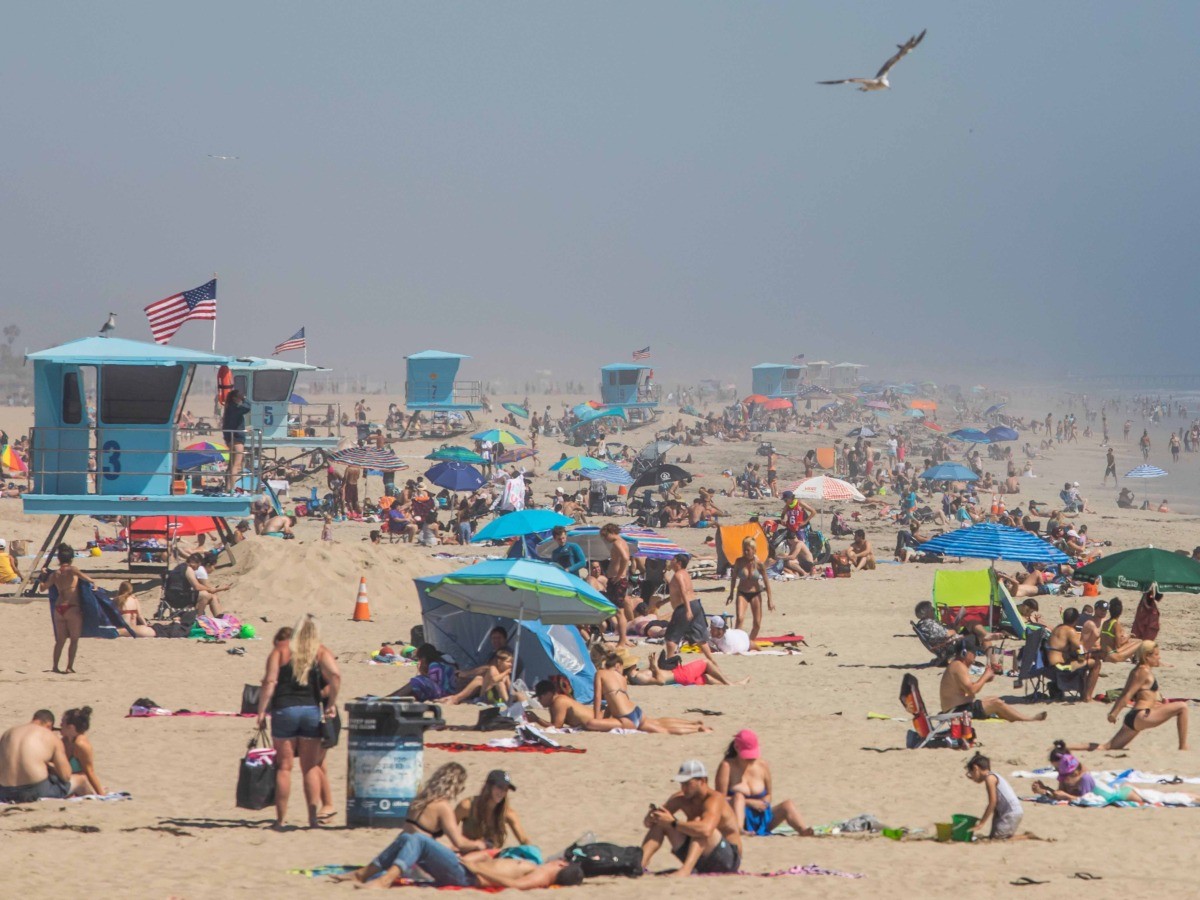 People enjoy the beach amid the novel coronavirus pandemic in Huntington Beach, California on April 25, 2020. – Orange County is the only county in the area where beaches remain open, lifeguards in Huntington Beach expect tens of thousands of people to flock the beach this weekend due to the heat wave. Lifeguards and law enforcement are patrolling the beach to make sure people are keeping their distance. (Photo by Apu GOMES / AFP) (Photo by APU GOMES/AFP via Getty Images)

California enjoyed summerlike temperatures late last week and through the weekend for the first time this year, and many flocked to beaches where they were open.

Some were also apparently drawn to the beaches at night to watch rare bioluminescent waves — the result of phytoplankton that appear during red tides. 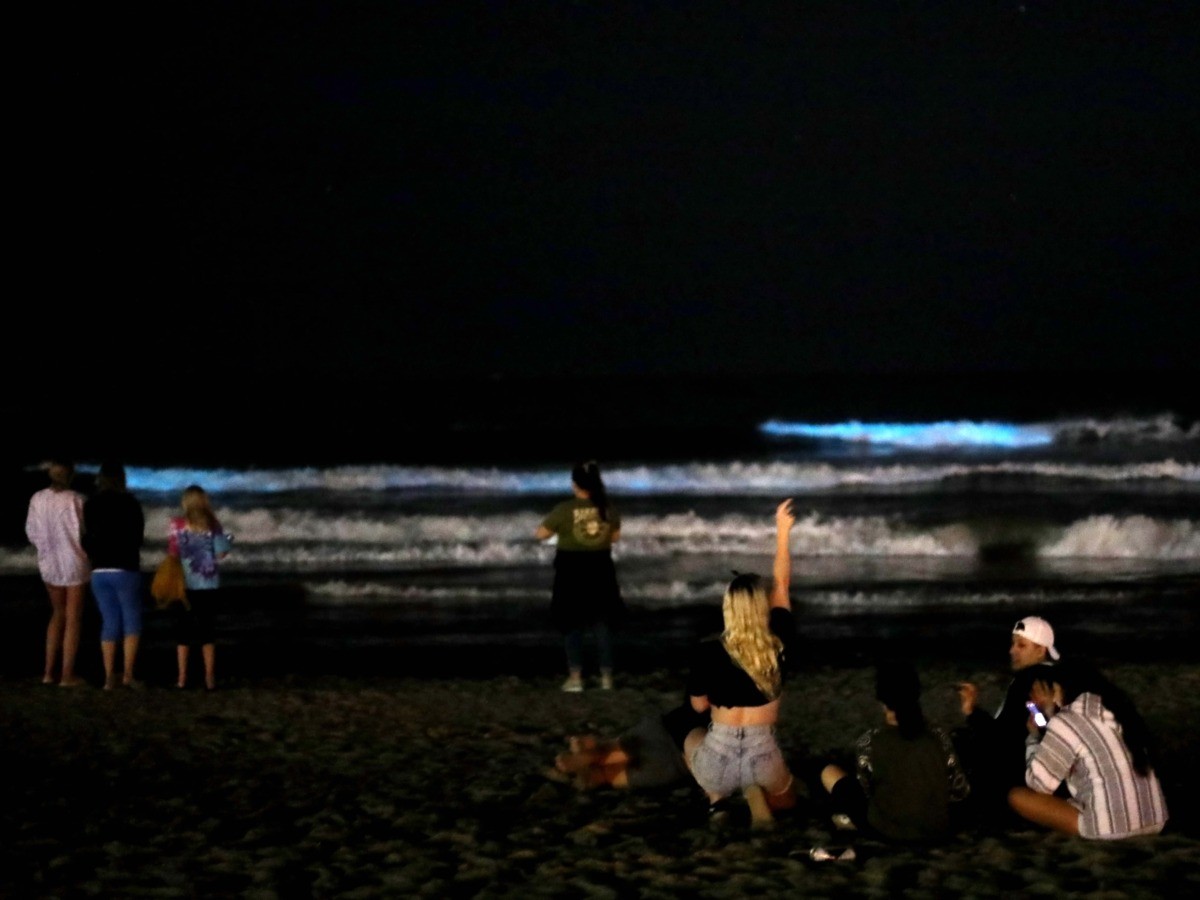 NEWPORT BEACH, CA – APRIL 24: People stand on the beach at night to watch the waves glow blue due to bioluminescence on April 24, 2020 in Newport Beach, California. Bioluminescence is a phenomenon caused by certain kinds of phytoplankton associated with red tide. (Photo by Michael Heiman/Getty Images)

“We can’t see the images like we saw, particularly on Saturday, in Newport Beach and elsewhere,” Newsom said. He praised the 40 million people of the state in general, and noted that most coastal regions had kept the beaches clear.

“Unfortunately, there were these exceptions,” he said. “We’ve got to confront that.”

The governor added that he was hoping to lift some stay-at-home orders soon and reopen the state’s economy. “The only thing that can stop that is more images like we saw over this weekend,” Newsom warned.

He latter added that he did not want to see local law enforcement have to issue citations to people who simply needed recreation, but worried about bad behavior “setting back the cause of reopening the economy as quickly as we’d like to.”

Newsom added that the state had begun seeing a decline in the number of daily deaths from coronavirus, dropping from over 100 just several days ago to 45 in the most recent report.