ROME — The progressive leader of the Bishops’ Conferences of the European Community (COMECE) has called on Europeans to fight against the twin enemies of coronavirus and nationalism in order to preserve the European Union.

“We need to have more solidarity and more empathy,” said the cardinal, who is also the archbishop of Luxembourg. “It is so important to show the world that human society can live in solidarity, that such a global crisis, this pandemic, can only be fought on a global level, and that the European Union is an instrument for world peace.”

The cardinal gave the interview in the city of Schengen (Luxembourg), where the agreement opening borders between the signatory countries was signed in 1985, to celebrate “Europe Day” (May 9). There he lit a candle “to reiterate the need for solidarity, unity and peace, in this time when the covid-19 pandemic is plaguing the world,” the Vatican newspaper reported.

“We need another virus, the virus of solidarity and charity, to understand that man does not live alone,” the cardinal said, because “we can only be human together with others.” 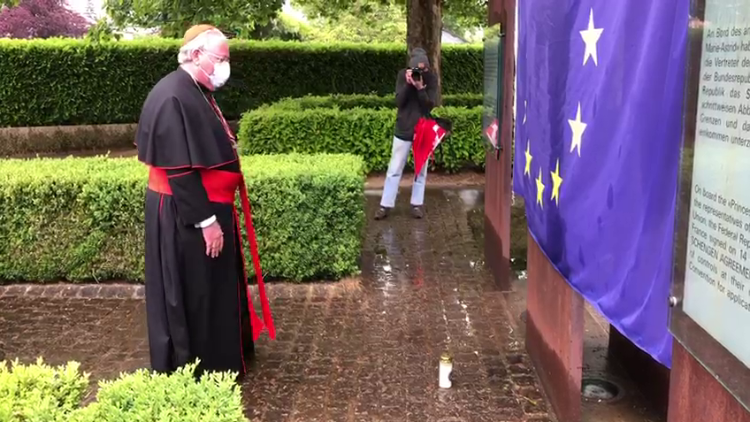 The cardinal has been an outspoken advocate for relaxing migration laws and last December chastised his fellow Europeans for failing to end the exploitation of migrants in Greece, urging member states to take in more migrants.

“This is not happening far from Luxembourg in some place where we cannot help,” he said. “This is happening in Greece — in Europe and in the European Union. We must be fiercely ashamed that we have not done anything to help.”

One week earlier, the cardinal said that the political inaction on the Mediterranean migrant crisis was due to “fear of right-wing parties.”

“I find it outrageous that we’re letting people drown in the Mediterranean; that our hearts have become so hard; that politics no longer dares to act for fear of right-wing parties,” Hollerich said.

In his interview Saturday, the cardinal said that the celebration of Europe Day furnishes “a moment of gratitude, because thanks to the European Union we have had peace.”

In the face of the coronavirus pandemic, he said, in which many Europeans have died, the European Union needs to give “strong signals, with empathy.”

“Not just theoretical solutions: aid must come soon because otherwise people will lose confidence in Europe,” he added.