ROME — The Vatican newspaper L’Osservatore Romano announced Wednesday that migrants are the “true victims” of the coronavirus pandemic and yet they have disappeared from the news.

“Migrants are the true victims of the pandemic: up until a few months ago they were considered the emergency, but now they have disappeared from the news,” the newspaper tweeted Wednesday.

The tweet was referencing an article by Roberto Cetera titled “The Forgotten Ones of the Pandemic,” published in Thursday’s issue of the paper.

“Three months ago, immigrants were improperly considered the emergency,” the article begins. “Then when a real emergency landed to shake up the peaceful lives of many of us, they were not simply downgraded, they were disappeared. We are speaking about migrants, the invisible, forgotten, anonymous victims of the pandemic.”

“The pandemic has put us in a position to do without their services, and we have gotten rid of them, as we do with waste,” Bishop Di Tora declares.

“The main problem we see is the loss of the jobs of many migrants, in the agricultural sector, but especially in the area of family services and care for the elderly,” the bishop insists.

“It is not just a question of restrictions on mobility, which in theory have never been applicable for care-givers and domestic workers,” he notes. “Rather, to avoid any possible risk of contagion from outside, many families have decided to do without their help.” 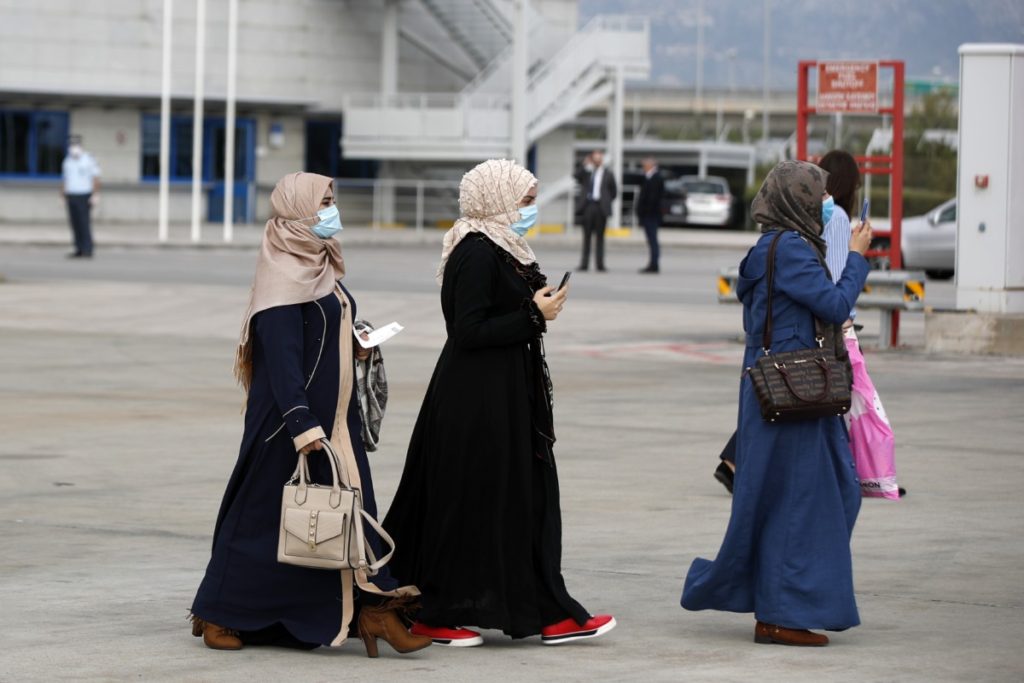 Migrants wearing face masks to prevent the spread of the coronavirus, board an airplane bound for Britain at the Eleftherios Venizelos International Airport in Athens, on Monday, May 11, 2020. Sixteen asylum-seeking minors and 34 migrants were relocated as part of a migrant reunification plan agreed between the two countries. (AP Photo/Thanassis Stavrakis)

“Worse still,” he adds, “many domestic workers are paid under the table and the fear of many employers was that if their workers were caught at the stop checks and declared the address of the place of work where they were headed, they could have run the risk of being denounced to the INPS [social security], so they were let go overnight, without any compensation.”

“Perhaps the situation is even worse in agriculture, in the harvesting of tomatoes and seasonal produce, because in the widespread situations of exploitation and gang masters, a new threat is added: ‘either you accept the little bit that we give you or you leave,’” the bishop said. “The blackmail works especially in the case of undocumented workers, who obviously do not benefit from any of the forms of economic support launched by the government for this phase of the emergency.”