SANTA MONICA — Several hundred enthusiastic supporters of Sen. Bernie Sanders (I-VT) gathered in a cavernous hangar at the local municipal airport for an Election Night rally, refusing to admit that the long primary campaign had finally been lost.

Earlier Tuesday evening, former Secretary of State Hillary Clinton had appeared before a cheering throng in Brooklyn, New York, formally acknowledging that she had crossed the delegate threshold necessary for a majority at the Democratic National Convention in July. As the early returns trickled in from the California primary, showing Clinton with a larger-than-expected lead, reality began to set in. But the crowd slowly grew, and the cheers and chants only grew louder with each passing minute.

“This is what democracy looks like!” they chanted, incorporating a popular leftist refrain used from the Wisconsin protests of 2011 to the Occupy Wall Street movement and beyond.

Some wore union T-shirts; a few even sported oddball costumes. 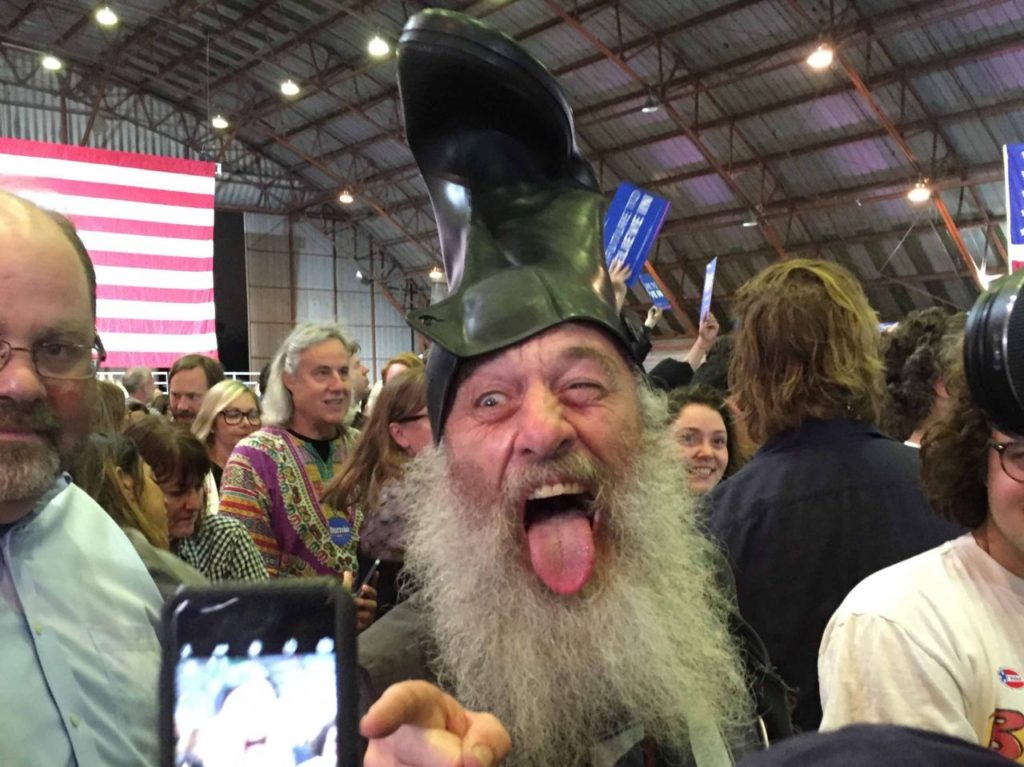 The loudest cheer, by far, was: “The media is corrupt!” Sanders supporters are bitterly disappointed that the Associated Press called the Democratic nomination on Monday, just hours before voters were to arrive at the polls in the California primary. They singled out CNN for particular abuse — but cheered the left-wing Young Turks network, which gave away free T-shirts.

As the evening continued, the margin narrowed between Clinton and Sanders — but not by much, and it was apparent he would lose California, and with it any hope of a symbolic statement of defiance that could deny Clinton her party’s mandate.

Melissa Balderidge of Camarillo told Breitbart News that she hoped Sanders would still fulfill his pledge to fight onwards to a contested convention, or even consider a third-party run. “I can’t vote for a candidate who is being sued for fraud, or one who is being investigated by the federal government,” she said. Marcus Hamm of Los Angeles — a professional wrestler by trade — was even more negative about Trump, saying that he saw him as a reality television star who is manipulating his audience.

The mood remained upbeat, with rock ‘n’ roll interspersed among Simon & Garfunkel folk songs on the public address system. Yet there were some sad smiles on disappointed faces, and somber embraces. Few people seemed to be checking the vote results. They knew. Bernie may have advanced his “political revolution” — but the revolutionary moment still awaits.