This time, the California-based provocateur has erected a miniature “border wall” around the Republican presidential nominee’s star on the Hollywood Walk of Fame. 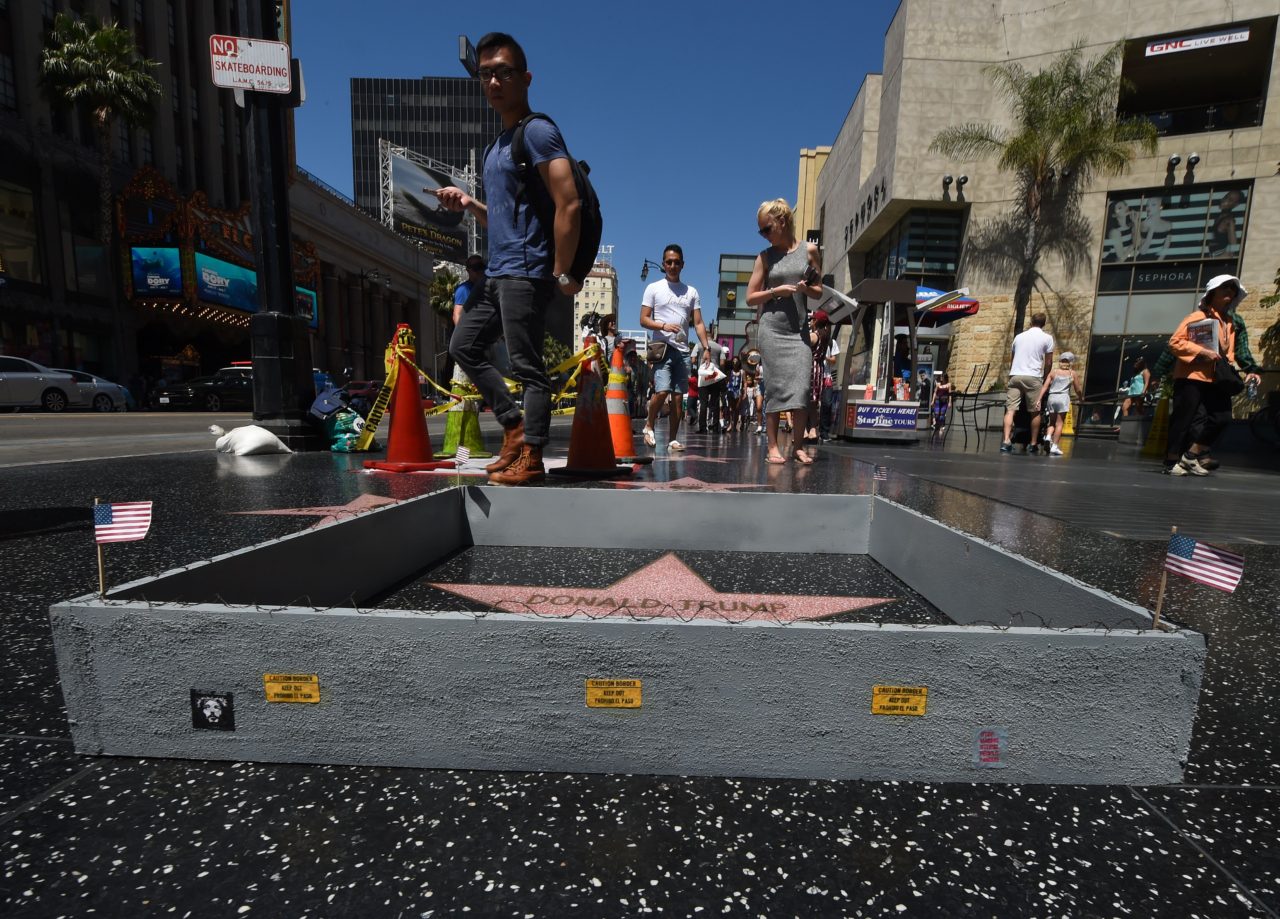 Tourists on Hollywood Boulevard could be seen gawking at the display, including in a photograph posted to the artist’s Instagram page.

Hollywood sight-seers on the famous walk of fame were confronted with an unusual addition to Trump’s Famous Star. Someone had built a 6" tall grey concrete wall around it. Complete with "Keep out" signs and topped with razor wire. The unofficial addtion to the iconic star appeared early Tuesday afternoon, to the amusement of onlookers. #Hollywood #donaldtrump #melaniatrump #hollywoodwalkoffame #wall #trump #election #election2016 #rnc #gop #gopconvention #rnc2016 #nevertrump #cleveland #tedcruz #hillaryclinton #hillary #berniesanders #feelthebern

“Hollywood sight-seers on the famous walk of fame were confronted with an unusual edition to Trump’s famous star [sic],” Plastic Jesus wrote on Instagram. “Someone had built a 6″ tall grey concrete wall around it… The unofficial addition to the iconic star appeared early Tuesday afternoon, to the amusement of onlookers.”

This is hardly the first time that Trump’s Walk of Fame star has been targeted by vandals. In January, the star was defaced when someone drew a swastika over it, and it was similarly vandalized in September when a large yellow “X” was painted over it.

The Hollywood Chamber of Commerce has repeatedly resisted calls to remove Trump’s star from the Walk.

“The answer is no,” Hollywood Chamber of Commerce president and CEO Leron Gubler told Breitbart News last July. “Once a Star has been added to the Walk, it is considered a part of the historic fabric of the Hollywood Walk of Fame. Because of this, we have never removed a star from the Walk.”

Plastic Jesus is apparently no fan of Trump; in April, the artist posted a series of “No Trump Parking” signs all around Los Angeles. The artist has also previously poked fun at the Kardashian family, and erected a giant cocaine-snorting Oscar statue on Hollywood Boulevard ahead of last year’s Academy Awards.