SANTA MONICA, California — A local synagogue entrance was smeared with feces and food in an apparent antisemitic attack on the first night of Chanukah on Saturday night.

Congregants arriving for prayers on Sunday morning at the Living Torah Center, a synagogue affiliated with the Orthodox Chabad movement, were shocked by the vandalism, which one of the rabbis cleaned as best he could before services.

Some feces remained lodged in the upper corner of the building’s facade, and marred a window facing Wilshire Boulevard.

Rabbi Boruch Rabinowitz told Breitbart News that the attack was not random. Assistant Rabbi Dovid Tenenbaum, who serves as a chaplain with the local police department, called in a report.

The synagogue may have attracted additional attention because of the menorah lit in the window. Jewish law dictates that the Chanukah menorah be placed in a window facing the outside world in order to publicize the holiday. 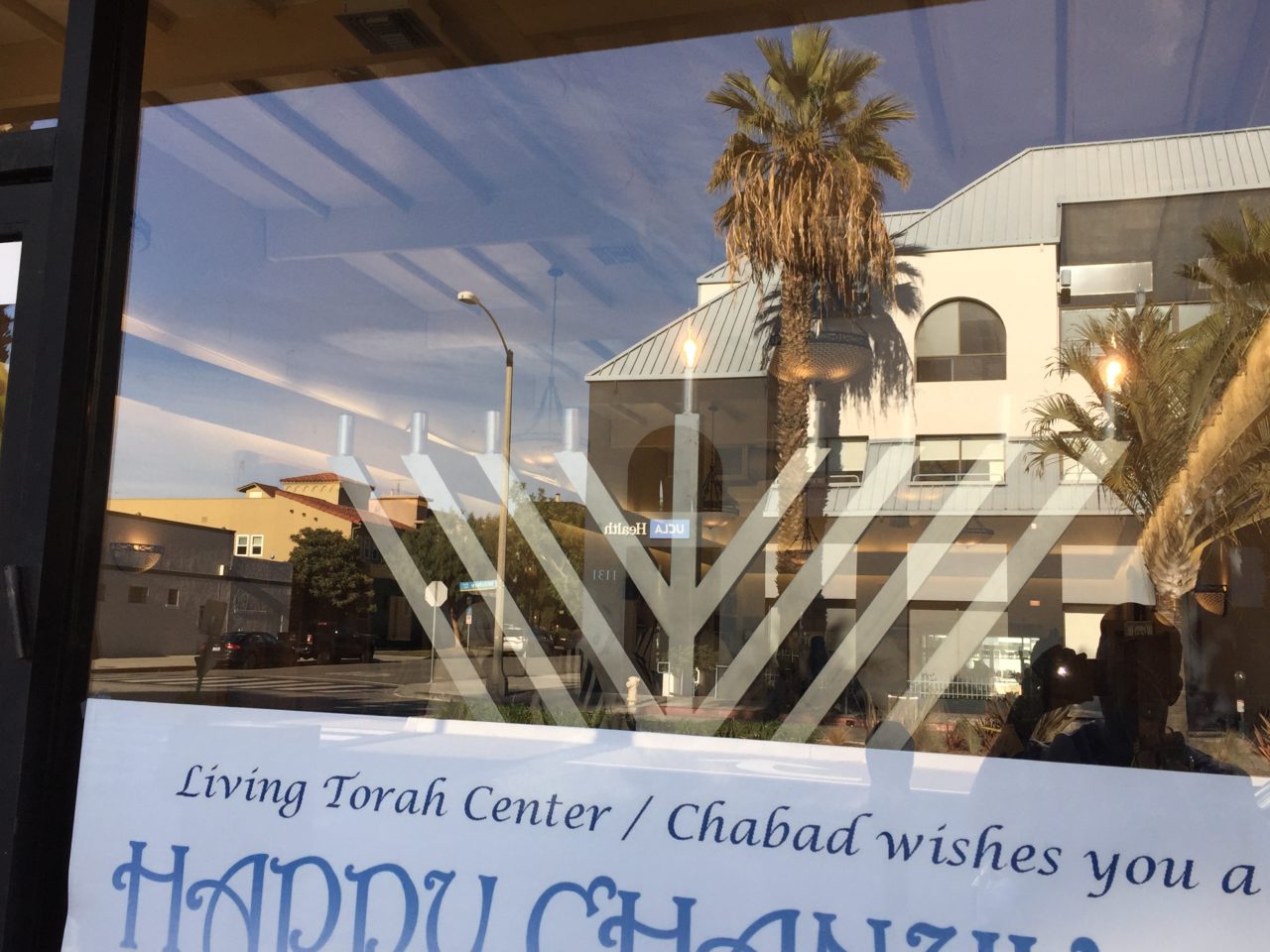 The “Festival of Lights” celebrates the successful Jewish revolt against Seleucid rule in Israel in 165 B.C., and the discovery of oil in the Holy Temple that was only sufficient for one day but burned, miraculously, for eight instead.

The attack on the synagogue was the second antisemitic incident there in recent weeks. In November, a black man burst into services, gave the Hitler salute, shouted “Heil Hitler,” and made a machine-gun motion with his hands before fleeing on foot.

ALERT: If you see this man in #SantaMonica call police. Burst into synagogue, made Hitler salute & machine-gun motion pic.twitter.com/ZRyPlGflZD

Santa Monica is a predominantly liberal, Democratic city, surrounded on three sides by Los Angeles, and takes pride in an image of tolerance.

Joel B. Pollak is Senior Editor-at-Large at Breitbart News. He was named one of the “most influential” people in news media in 2016. His new book, See No Evil: 19 Hard Truths the Left Can’t Handle, is available from Regnery through Amazon. Follow him on Twitter at @joelpollak.