The crown prince is the son of Iran’s last king, Mohammad Reza Shah Pahlavi. He is the president of the National Council for Free Elections in Iran.

“We realize that the current regime is not going to voluntarily leave the scene, which is why we have put together a campaign of resistance and civil disobedience,” Pahlavi told Breitbart News. “And that’s why we’ve been in contact with a variety of secularists within Iran representing all sorts of views from workers to teachers to labor unions” to other organizations. 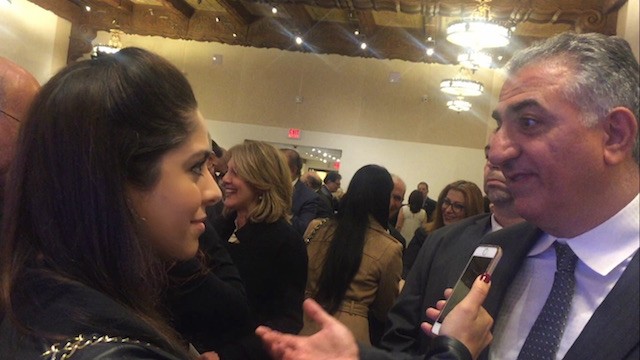 Over half of Iran’s population is under the age of 40. The crown prince noted that the advent of social media and technology is a priceless tool in the quest for freedom. “And fortunately in this world of social media and Internet communication most of the give and take happens by means that were not available 20 years ago,” he said.

Pahlavi recently penned a letter to President Donald Trump congratulating him on his victory. Asked how he views Trump and his administration with regard to U.S.-Iran relations, he said, “I think the current president has indicated that he wants to be much more in support of strengthening the people’s hand and, at the same time, weakening the regime. And I think that’s exactly what we were hoping to hear.”

He said this rhetoric and support “should not be limited to the U.S,” adding that he’s “always advocated that the empowerment of any people is always the best solution at the end, especially when they have to fight very oppressive regimes. So, engaging with the people, helping civil society in these countries, is the quickest path to maximizing the success of such nations to overcome whatever struggle they are facing.”

Iran’s former  recently died. The businessman had a checkered political past and was considered the father of Iran’s nuclear program. While some within the regime described his as a “man of peace,” he was better remembered by many of the Iranian people as an oppressor and for having orchestrated several international terrorist atrocities.

The crown prince also commented on the recent death of Iran’s former president, Hashami Rafsanjani, who was described in the media as a “man of peace” but who was the father of Iran’s nuclear program, as well as an oppressive ruler. Pahlavi compared Rafsanjani’s death to the passing of Cuba’s late dictator Fidel Castro: “It’s not the same anymore, no matter how many more junior cadres remain. And in that sense, more of a void will be created.” He noted the importance of making sure that “the void is filled with the proper alternative. That’s something everyone should be concerned with.” 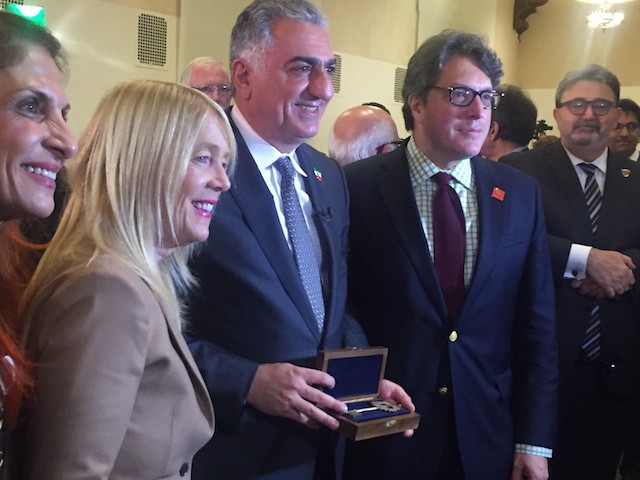 Although he did not mention President Barack Obama by name, the crown prince said, “When you fight extremely brutal regimes, such movements cannot succeed without having tacit support from other freedom-loving countries and governments.” His words evoked memories of the failure of the Obama administration to provide much-needed support to the ailing Iranian people during the 2009 Green Revolution and the stolen election that fueled it.

With Rafsanjani’s death, however, the crown prince noted that “the regime is pretty much beginning to show indications of fragmentation, going eventually towards their collapse.” He noted “the importance of making sure that the path to the alternative is as smooth as possible and that complete measures are taken to make sure that a dictatorship will not be replaced by another one. And that, indeed, it is the people who will triumph and nobody else.”

Asked if the crown prince would consider taking on an elected or lineal leadership role in his country of birth, and the land where his father reigned as its last king, Pahlavi said:

I’ve always said this is not about me. It’s about the Iranian people and their opportunity to finally get self-determination and freedom. That’s my only objective at this point. And the day that we have free elections will be the day I will consider my political mission in life accomplished. From that day on, I cannot tell you now what the circumstances will be. I’ve always said that I’m ready to serve my country, in whatever capacity that my constituents choose.