New York City is suffering from a shortage of firefighters and EMS personnel on the eve of the November 1 deadline, which requires city workers have at least one dosage of a COVID vaccine, according to reports.

A report from the New York Post said 26 companies of the New York City Fire Department (FDNY) citywide were “shuttered” on Saturday as a result of the city’s vaccine mandate, per city officials.

“As of 7:30am this morning, 26 @FDNY companies are closed including 5 in my district due to @NYCMayor locking out unvaccinated firefighters,” Nicole Malliotakis (R-SI, Brooklyn) tweeted on October 30. “If someone dies due to a slower emergency response, it’s on Bill de Blasio and his overreaching mandates. I hope this fool fixes it ASAP!”

🚨As of 7:30am this morning, 26 @FDNY companies are closed including 5 in my district due to @NYCMayor locking out unvaccinated firefighters.

If someone dies due to a slower emergency response, it’s on Bill de Blasio and his overreaching mandates. I hope this fool fixes it ASAP!

“The excessive sick leave by a group of our Firefighters because of their anger at the vaccine mandate for all city employees is unacceptable, contrary to their oaths to serve & may endanger the lives of New Yorkers, ” FDNY Commissioner Daniel A. Nigro said, according to an October 29 tweet from writer Ginger Adams Otis.

Firefighter shortage has affected the entire city and is not isolated to one borough or neighborhood, the New York Post reported:

No borough or neighborhood was spared, with the shuttered companies ranging from Engine Co. 55 in lower Manhattan, to Engine Co. 234 in Crown Heights, to Engine Co. 231 in Brownsville. Others included Ladder Co. 128 in Long Island City and Engine Co. 158 and Ladder Co. 78 on Staten Island, according to information provided by Malliotakis and Councilman Joe Borelli (R-SI), who cited the Uniformed Firefighters Association. Borelli said the list of 26 came from a FDNY alert dispatched to members.

October 30’s company closures, reported by the Post, accounted for 7.6 percent of the City’s 341 engine and ladder companies, according to the outlet. Councilman Borelli called the number “unconscionable,” and added, “The firefighters who are unable to work have all been tested within the week and are not COVID positive, and I doubt New Yorkers care about the vaccine status of the person applying defibrillators to their chest,” according to the outlet. 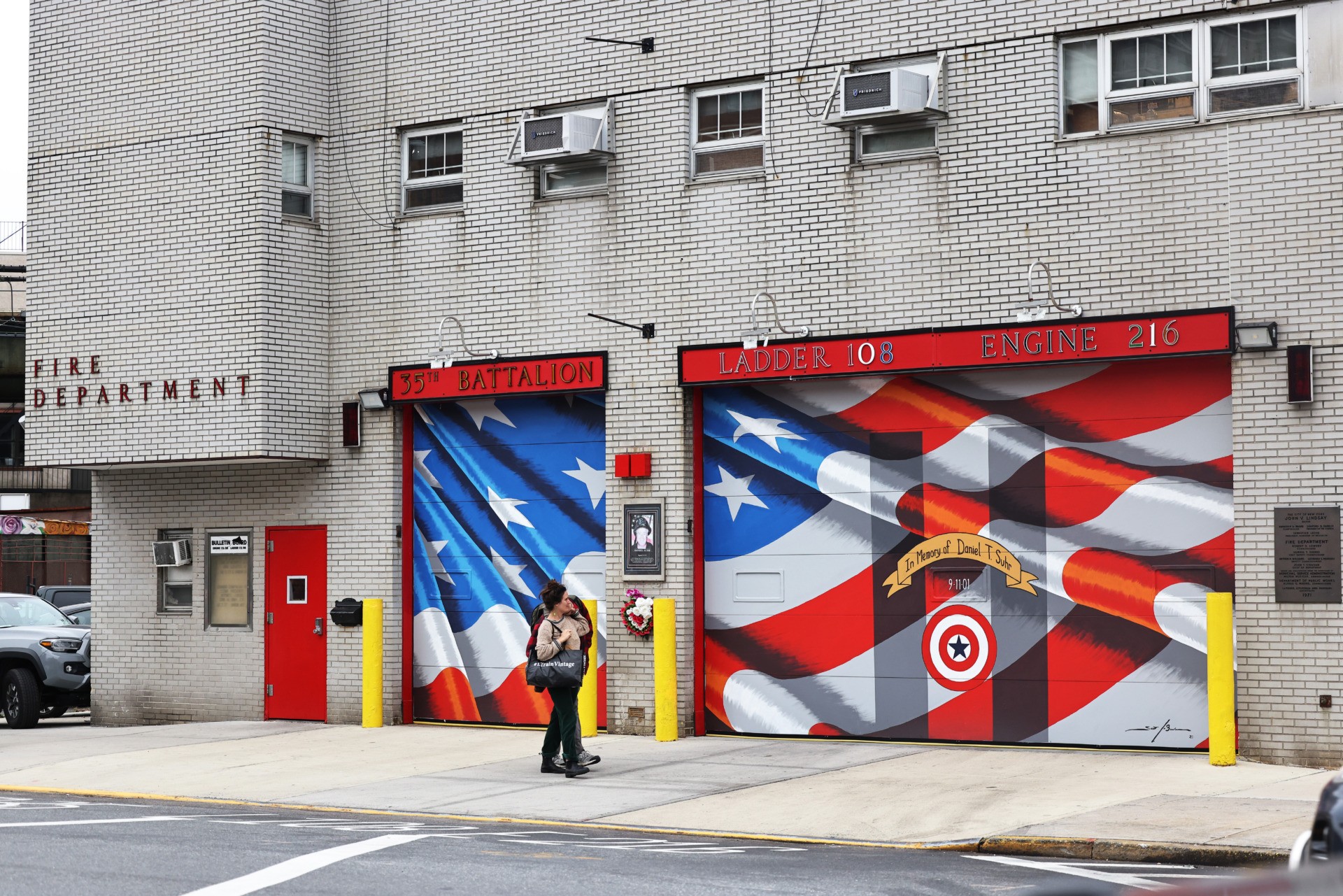 Several firehouses Malliotakis and union officials claimed were closed in Brooklyn were open when Daily News reporters visited. Among them were Engine 231/Ladder 120 in Brownsville, Engine 323 in Flatlands and Engine 234 in Crown Heights.

When The News contacted two other firehouses Malliotakis and union officials said were closed they were open and operating, although short-staffed.

According to the Post, FDNY spokesperson Jim Long said the situation is not permanent and labeled the companies as “temporarily out of service.”

“The situation remains fluid,” Long said. “We hire manpower to get the company back in service or relocate other units to the area for coverage.”

One man lives across the street from Engine Co. 284 in Dyker Heights, Brooklyn, which was offline on October 30, according to the Post. The 63-year-old resident, named Vinny Agro, said, “We’re f- -ked. We are going to toast like marshmallows,” the Post reported. “It’s another sad day for New York City.”

“Most of the houses here are semi-attached frame houses. You throw a match on it, and it goes up real quick,” he added, per the Post. “You need a quick response . . . it’s scary.” 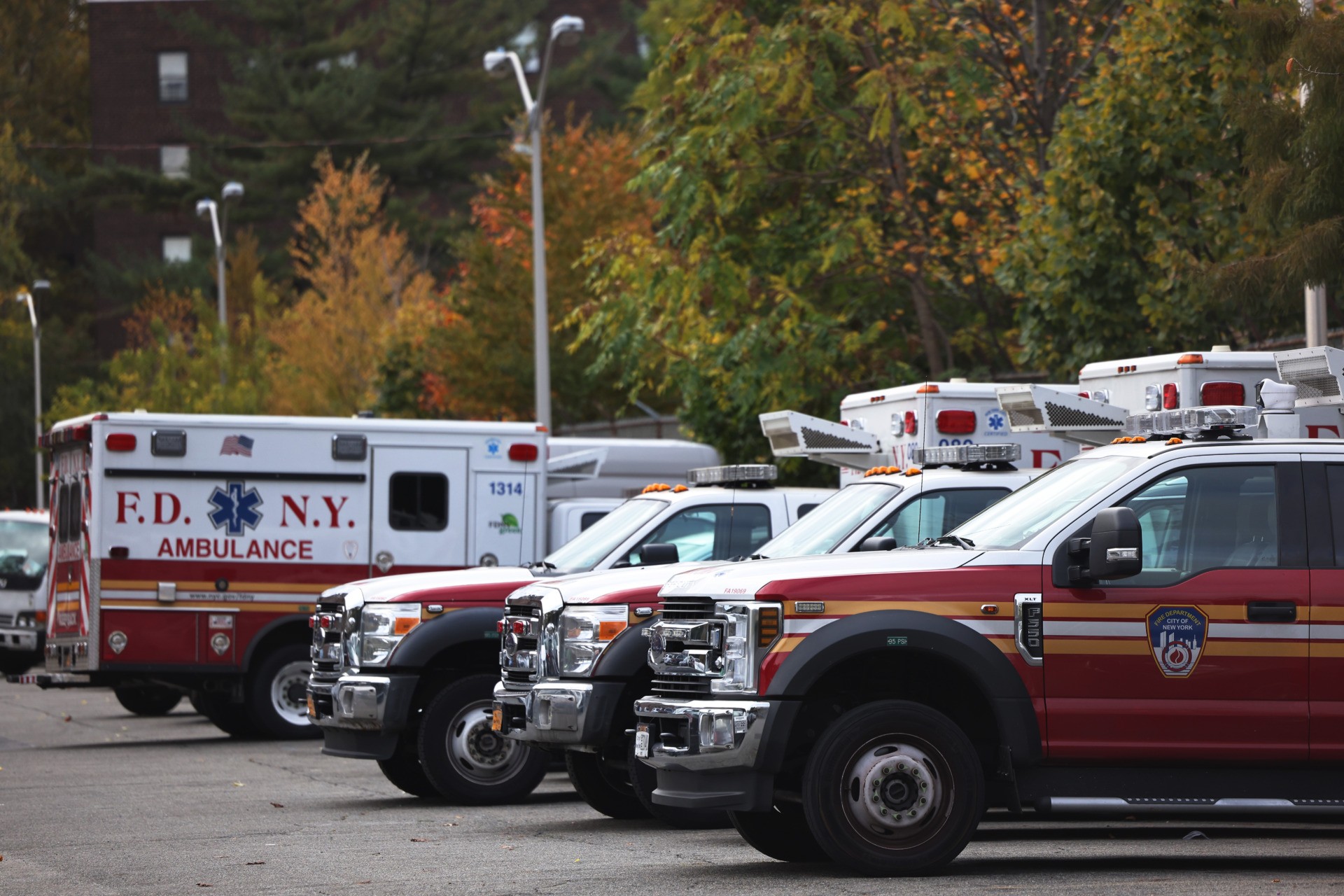 Of FDNY firefighters, the vaccination rate registered at 72 percent at the end of the day October 29, and almost 4000 firefighters remain unvaccinated, according to the Post.

One Brooklyn precinct took more than two hours to respond to calls Friday night, according to the Post.

“The 77th Precinct in Crown Heights, Brooklyn, was slow to respond to calls Friday night as four officers on the 4 p.m.-to-midnight shift called in sick, sources said,” the outlet wrote. “Call logs showed response times of more than two hours in some cases.”

Early Saturday morning, a young boy died in a Washington Heights fire, and his grandmother was significantly injured, Fox News reported. Robert Resto, age 7, died after a fire broke out in the building superintendent’s basement apartment. Firefighters responded to the call at 1:30 a.m. and were reportedly not affected by the shortages of firefighters, as they reportedly arrived on the scene in four minutes, Fox News reported, citing an NYDN article.

The Daily News reported that upwards of 36 ambulances were out of commission on October 30 as a result of vaccine-related circumstances. FDNY officials stated that a large number of paramedics and emergency medical technicians were experiencing vaccine side effects from their initial coronavirus shots and called in sick on Saturday.

Town Hall officials said as of Tuesday, October 26, just 61 percent of EMS workers were vaccinated, but the number climbed substantially to 84 percent by 8:00 p.m. on Friday, according to the Daily News.