JAFFA, Israel – A Syrian man has been “crucified” by the Islamic State for collaborating with the US-led “Crusader coalition.”

The man, a resident of a town near Raqqa, the so-called capital of the IS caliphate, was executed by gunshot and then tied to a lamppost, or a “cross,” IS said in a statement.

They attached a sign to his body, saying: “Name: Abdelhadi Issa Salem. Crime: collaborating with the Crusader coalition. Sentence: execution and crucifixion.” Some of the images can be seen below as distributed by the Islamic State’s internal Telegraph Forum, an encrypted message service for IS members and supporters.  Breitbart Jerusalem obtained the photos from within the forum. 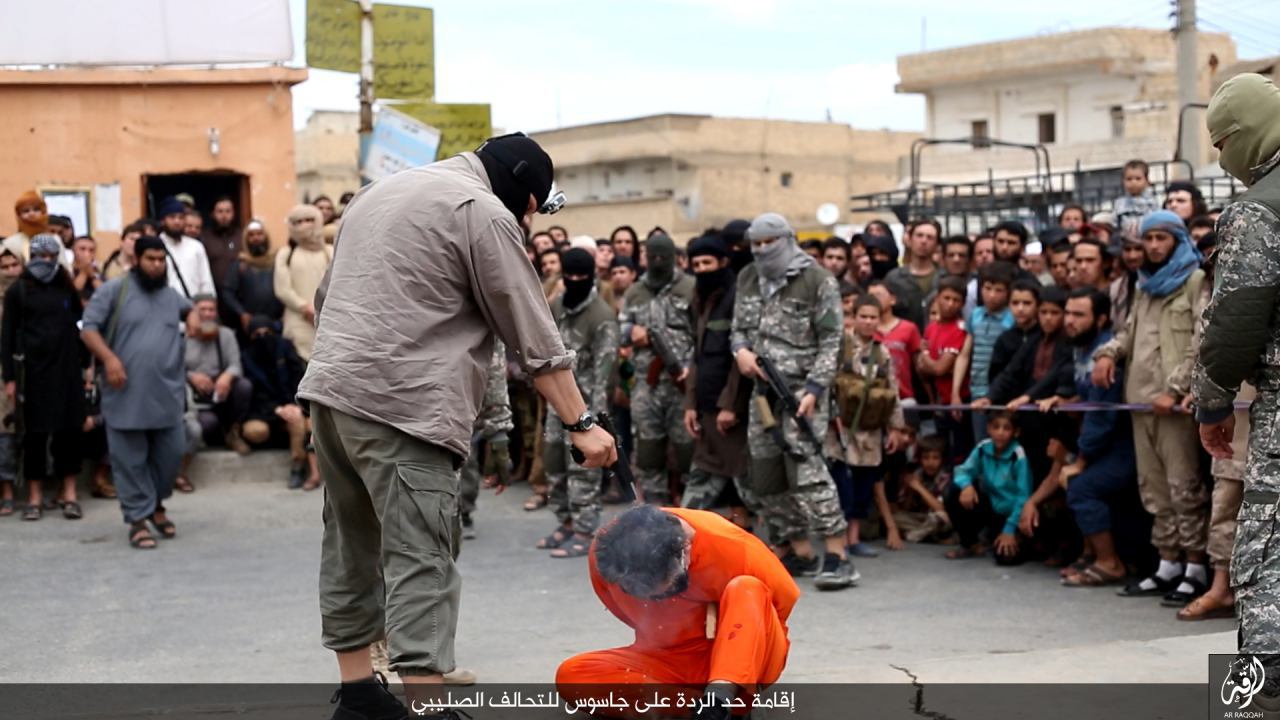 The offender is executed with a single shot to the head. 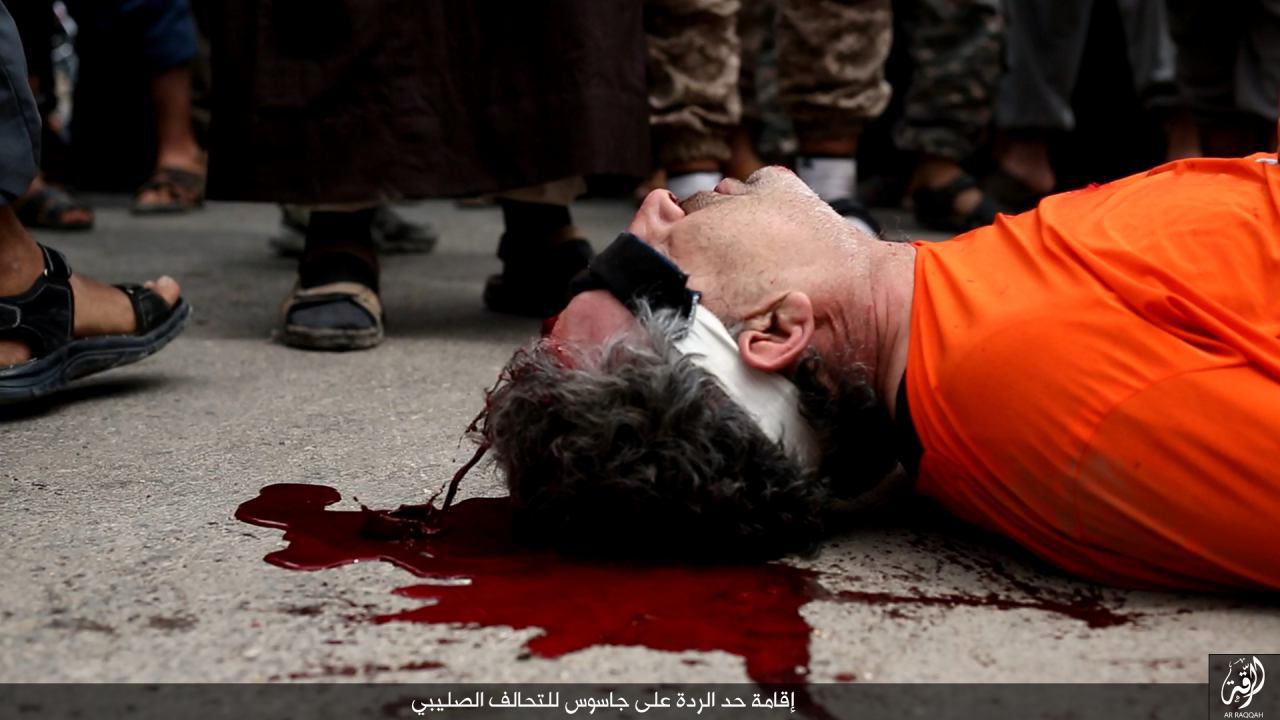 The dead man is left bleeding in front of the gathered crowd. 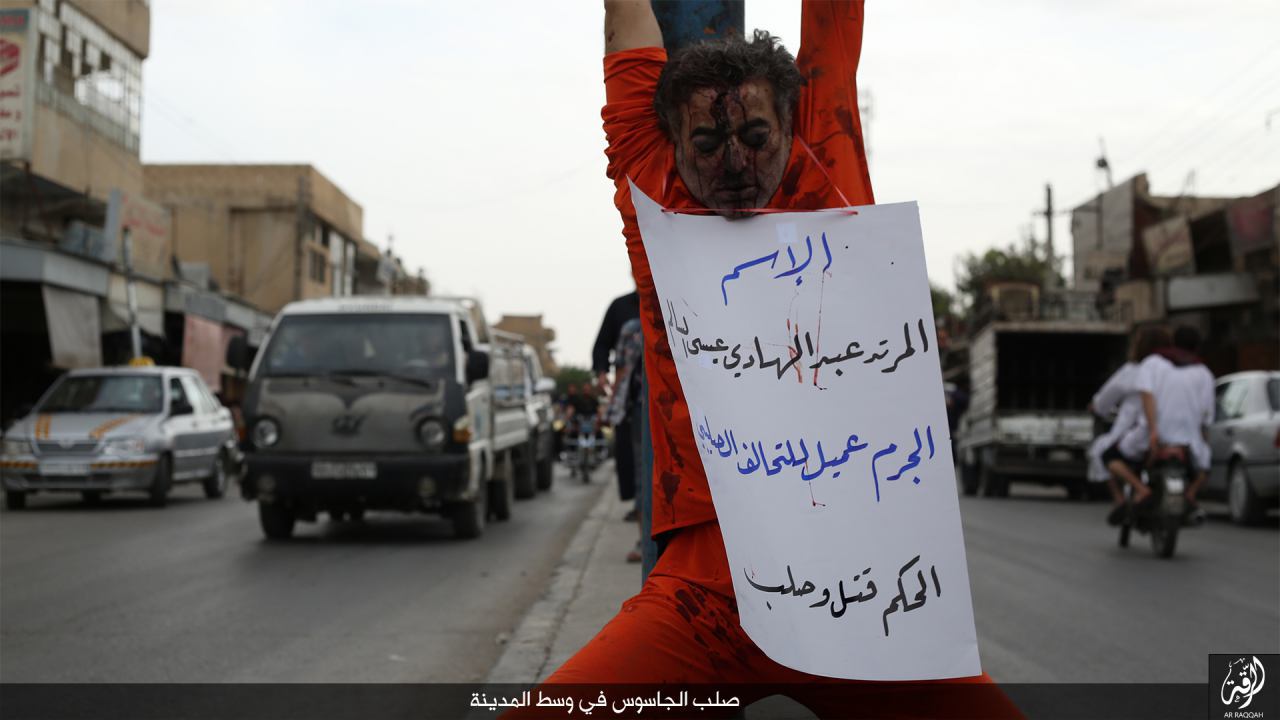 Former IS militant Abu Bakr Almaqdesi, a resident of Gaza, told Breitbart Jerusalem that he had previously witnessed the crucifixion of convicted traitors and other felons while fighting for IS in Iraq and Syria several months ago.

“Crucifixion is mentioned in the Quran as a punishment to those who wish to corrupt the land and its inhabitants,” he said. “It’s not a cruel punishment. It’s entirely in keeping with Islam.”

“It would be wrong to see it as a punishment for collaborating with the Crusader coalition,” he added. “I don’t think that’s what the brothers had in mind when they sentenced him. They simply chose a Quranic punishment that was commensurate with his crime.”

“The crucifixion has nothing to do with the fact that the Crusaders are Christian, for the simple reason that we Muslims don’t think Jesus, peace be upon him, was crucified. The Quran says that his followers thought he was crucified when they saw a crucified man who looked like him. There was no intention of offending Christianity.”