As the reality of President-Elect Donald J. Trump’s dramatic victory began to sink in around the world, at least one region’s leaders popped open the champagne – if only metaphorically speaking, as they are Muslim.

During the primaries, candidate Trump declared his solidarity with the Kurdish people on at least three separate occasions, establishing his position early on. Trump allies recently elaborated, expressing openness to the idea of an independent Kurdistan.

Secretary Hillary Clinton paid lip service to the Kurds during general election debates, but laced with nuanced caveats. She mentioned the intention to “consider” arming the Kurdish forces, but within the context of a united Iraq. As Kurdish participation in liberating areas from the Islamic State draws to a close, the issue would become politically and practically irrelevant by the time that her Pentagon would start assessing a change in policy.

There are very compelling recent and historic reasons that the Kurds hold hope that President-Elect Trump represents an opportunity to break from a status quo of neglect and betrayal.

Writing as someone who has been on the front lines on multiple occasions, it is an injustice to see the Kurdish forces endure years of ambush suicide attacks by ISIS jihadists emboldened with captured American equipment once provided to the Iraqi Army. Holding a 600-mile front against the deadliest terrorists in the world isn’t easy when lacking the essentials: vehicles, munitions, night vision, medical supplies. Ironically, the Kurdish forces sometimes get an upgrade when they capture American equipment from the Islamic State.

Another key point of contention with President Obama was the quick reversal of sanctions on Iran. The ability of ongoing armed and peaceful struggles of minorities against the regime to bring about change — such as that of the Kurdistan Democratic Party of Iran — is greatly diminished.

Across the border, the Kurds of Iraq and Syria also pay the price of a stronger Iran, which all but controls Baghdad. Baghdad has withheld some of the Kurds’ constitutionally-guaranteed share of the Iraqi federal budget, threatening Kurdish economic stability; many Kurds suspect pressure from Iran has contributed to this situation.

The effects of decimated finances are magnified by the trifecta of war with ISIS, hosting two million refugees and displaced persons, and the collapse of crude prices. Meanwhile, Obama’s Administration does little to pressure Baghdad and demand that a fair proportion of international aid arrives to the Kurds holding the line against ISIS.

Flush with American ransom money and foreign investment, the Iranian Shia crescent nears completion. Iranian-backed militants have strategically emerged as an inseparable part of the Iraqi forces. Hezbollah’s affiliate in Iraq races toward Syria to reinforce Assad, completing an uninterrupted route from Tehran to Israel’s northern borders. The arrival of these Shia militants means that the Sunni-affiliated ISIS has more to fight for. The stage is being set for the next round of sectarian onslaught — in spite of Secretary of State John Kerry’s remark that “…Iran in Iraq has been in certain ways helpful.”

The Trump Administration must ensure this pattern of neglected allies and emboldened enemies ceases.

Whether it is these recent events, or former Secretary of State Henry A. Kissinger’s infamous about-face to the Kurds, or the blind eye to the mass exterminations and gassing of 180,000 Kurdish civilians, or America’s incitement of Kurdish rebellion in the first Gulf War (only to then withhold aid), the Kurds have every reason to be cynical.

If President Donald J. Trump and his advisors from outside the “swamp” heed grave historical lessons, they will see the Kurds and Israel as true regional allies, amid a sea of erratic and dubious regimes. It is often said that President-Elect Trump tremendously values loyalty and ideological agreement, and the Kurds have demonstrated these time and again.

During the next Administration, we could very well see the rise of a second great democracy in the Middle East, the ironic first such success of “bringing democracy to the Middle East,” as it was those who destroyed Iraq in the name of democracy who emerged as the greatest obstacle.

For the Kurds to succeed in their statehood endeavor, the most difficult political and diplomatic challenges probably still lie ahead of them. But with President Donald J. Trump, it enters the realm of real possibility — hope and change that his predecessor did not offer.

Zach D. Huff, an expert on Kurdish Affairs and veteran of the Israel Defense Forces, splits his time between Tel Aviv, Israel and the Kurdistan Region of Iraq. 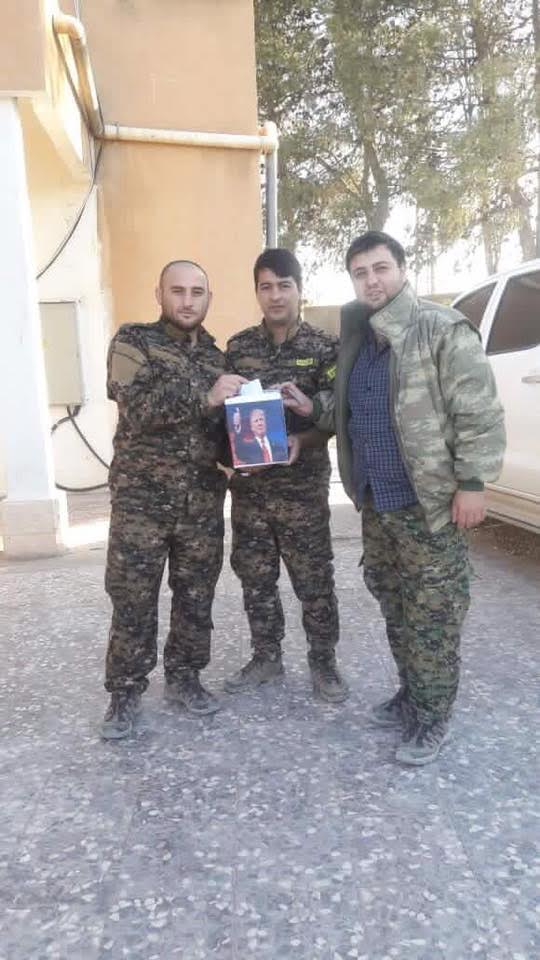