Thousands of mourners silently walked through Paris on Wednesday to condemn the gruesome murder of an 85-year-old Jewish woman, the latest in a series of anti-Semitic attacks that have convulsed France’s dwindling Jewish community.

Mireille Knoll reportedly escaped a notorious World War II roundup of Paris Jews, in which police herded some 13,000 people — including more than 4,000 children — into a stadium and shipped them to the Auschwitz death camp in Nazi German-occupied Poland.

Knoll managed to flee with her mother to Portugal..

After the war she returned to the French capital and married a Holocaust survivor, who died in the early 2000s.

Knoll was found dead in her bed in her small apartment in eastern Paris last Friday by firefighters called to extinguish a blaze, as Breitbart News reported.

The CRIF compared the cowardly killing to that of Sarah Halimi, 65, who was beaten and thrown from her balcony last April. That murder was reclassified as anti-Semitic last month. The suspect is in a psychiatric hospital.

WJC expresses shock and horror over the barbaric murder of 85-year-old Jewish Holocaust survivor Mireille K. in Paris last Friday. We echo the calls of @Le_CRIF and expect the authorities maintain full transparency over the course of the investigation.https://t.co/D4f28f8Tly pic.twitter.com/IdzetxPGST

Investigators are working on the theory that Knoll’s killers stabbed her, robbed her and set her body on fire because she was a Jew.

“The terrible thing is that one of the attackers told the other: ‘She’s a Jew, she must have money’,” Interior Minister Gerard Collomb told parliament on Tuesday.

“There are stereotypes we have to fight.”

France’s half-a-million-plus Jewish community is the largest in Europe but has been hit by a wave of emigration to Israel in the past two decades, partly due to the emergence of a virulent strain of anti-Semitism in predominantly immigrant neighbourhoods.

A selection of pictures from Wednesday’s march appear below: 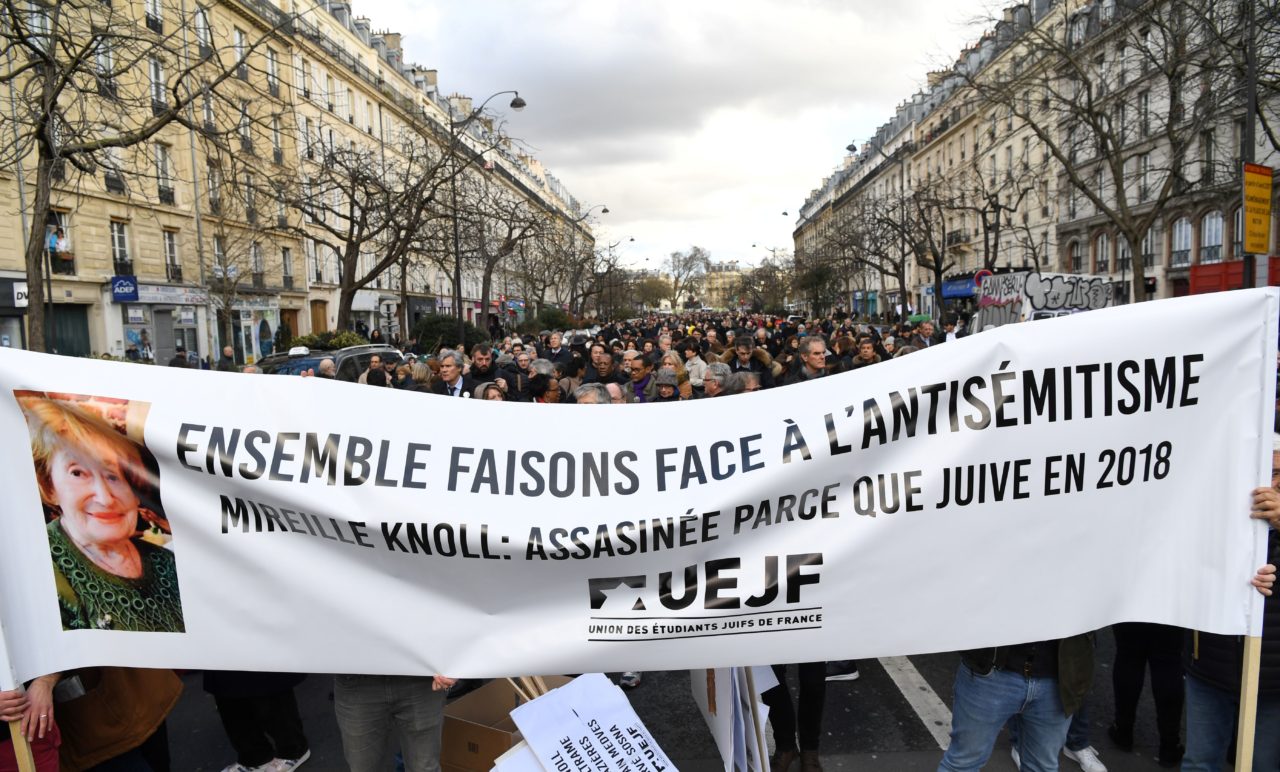 Politicians and others stand behind a banner as they prepare to take part in a slient march in Paris on March 28, 2018, in memory of Mireille Knoll, an 85-year-old Jewish woman murdered in her home in what police believe was an anti-Semitic attack. (ALAIN JOCARD/AFP/Getty Images) 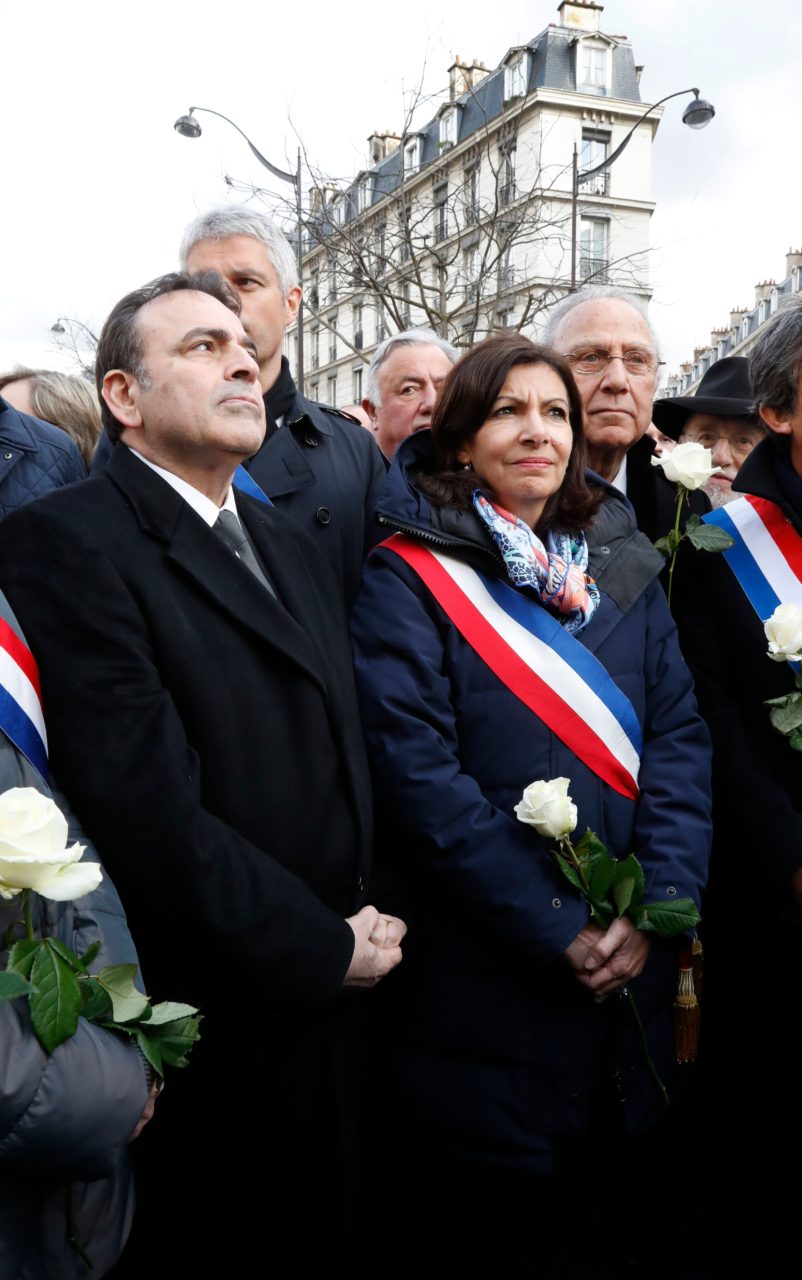 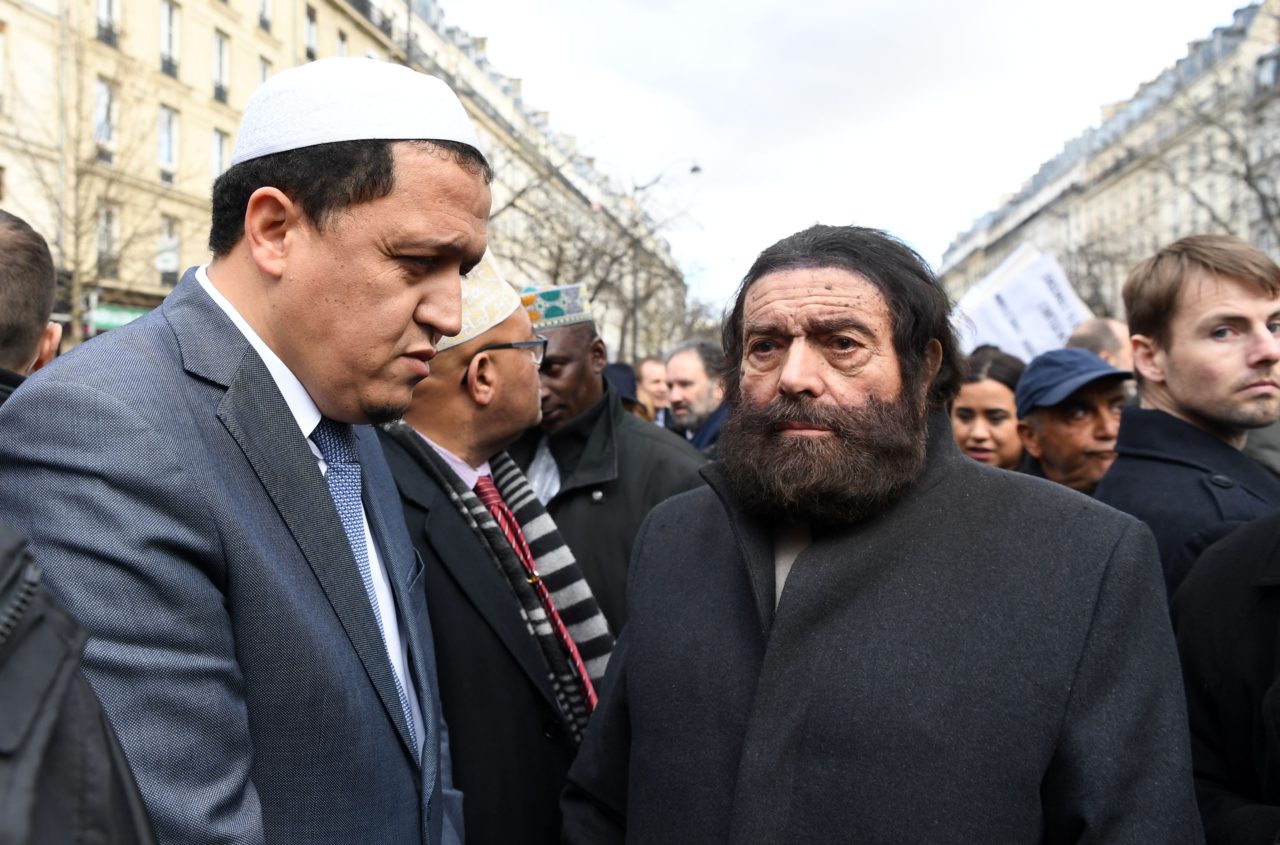 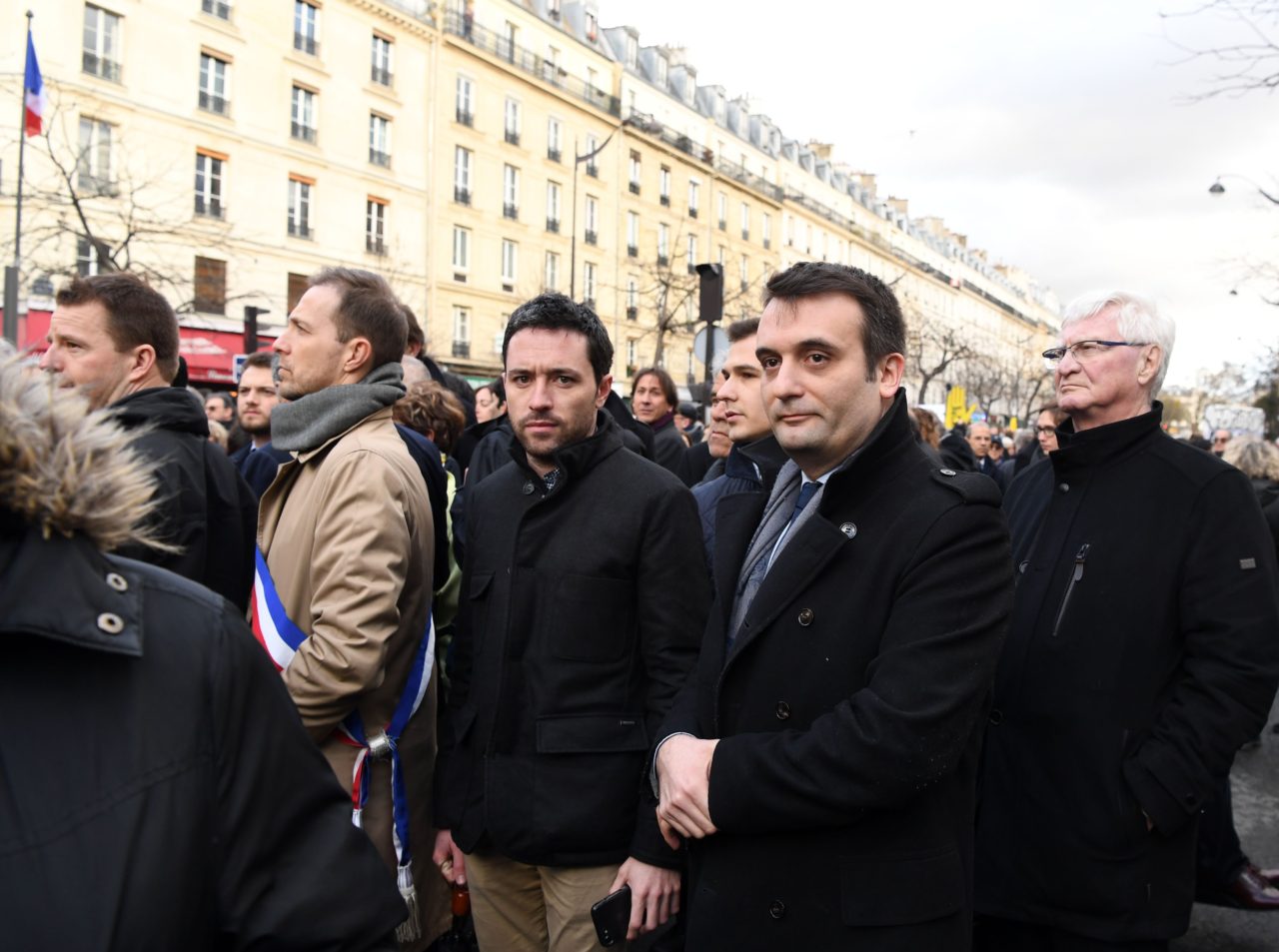