JERUSALEM (AP) — Thousands of Christian pilgrims took part in Palm Sunday celebrations in Jerusalem at the start of the Holy Week.

Worshippers carried palm fronds and olive branches and marched from the top of the Mount of Olives to the Old City of Jerusalem. Israeli police say an estimated 15,000 people took part in the procession. 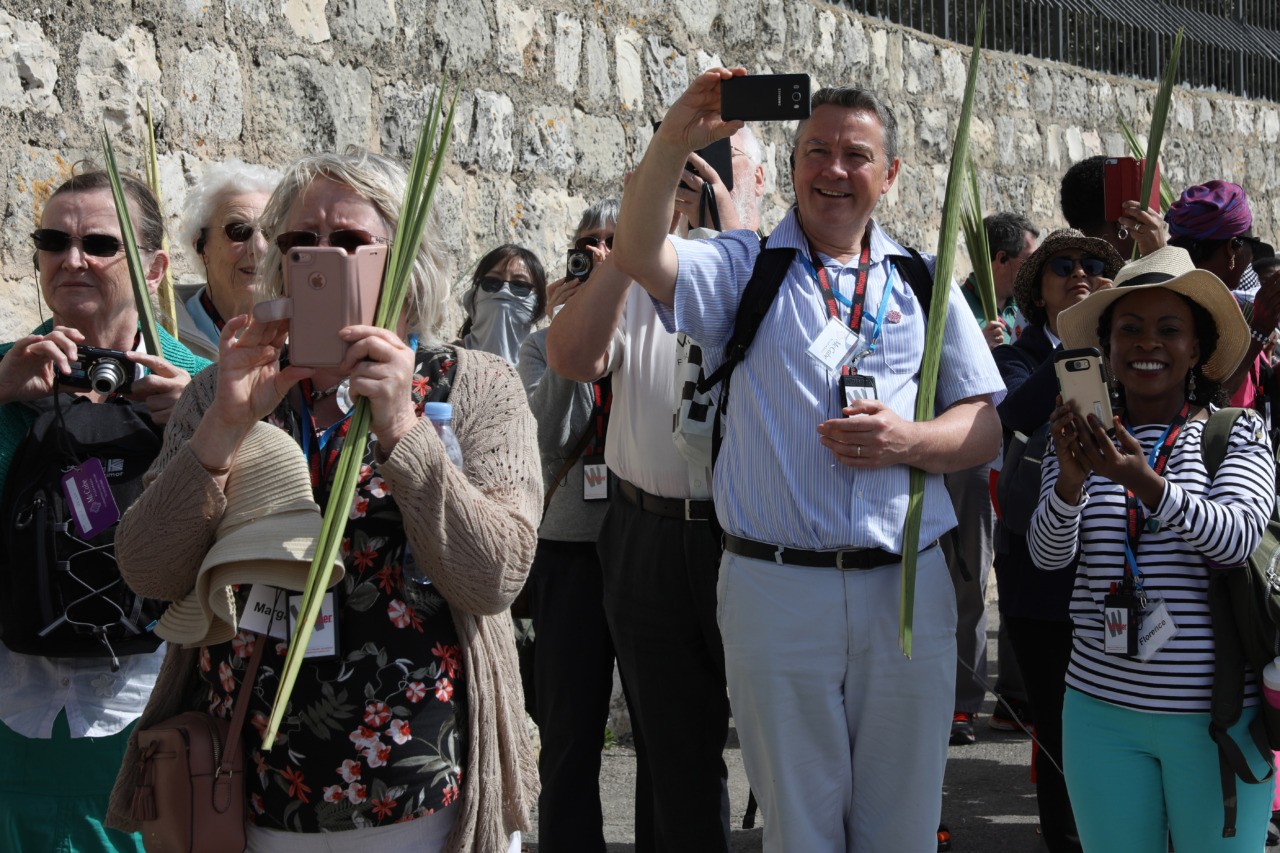 Catholic worshippers take part in Palm Sunday procession from the Mount of Olives to Jerusalem’s Old City on April 14, 2019. – The ceremony is a landmark in the Christian calendar, marking the triumphant return of Christ to Jerusalem the week before his death, when a cheering crowd greeted him waving palm leaves. Palm Sunday marks the start of the most solemn week in the Christian calendar. ( GALI TIBBON/AFP/Getty Images)

Palm Sunday commemorates Jesus’ entry into Jerusalem and is the start of the church’s most solemn week, which includes the Good Friday re-enactment of Jesus’ crucifixion and death and his resurrection on Easter.

The procession made its way from the Mount of Olives past the Garden of Gethsemane where, according to biblical tradition, Jesus was betrayed, then finally into the alleyways of the Old City. 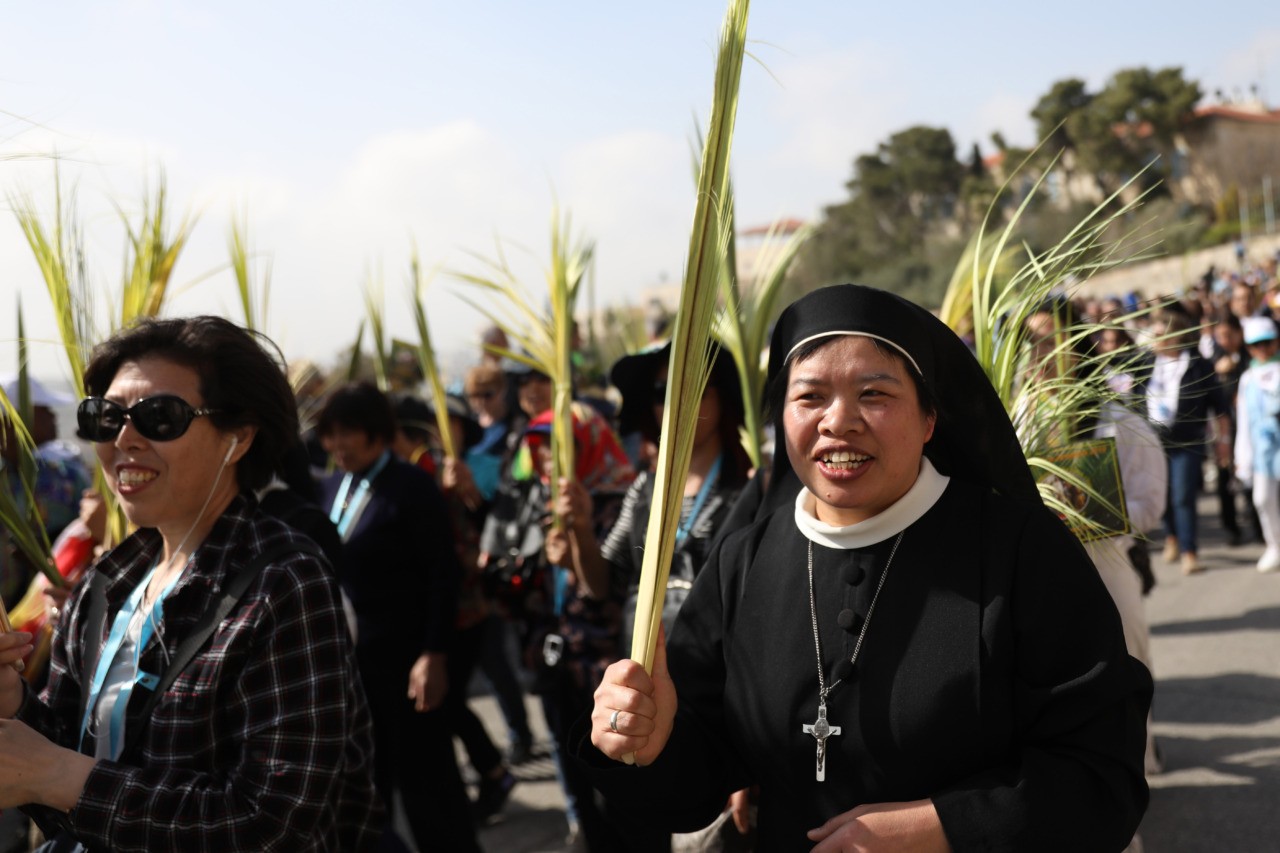