Vision of an American aircraft carrier transiting disputed waters in the Persian Gulf which Iran claimed it shot with a drone has been dismissed by the U.S. Navy as “several years old”.

The unverified report revealed a Guard drone that Tasnim claimed flew over the USS Dwight D. Eisenhower and another U.S. warship in the Persian Gulf. The images show fighter planes parked on the carrier deck.

A high definition footage obtained by #IRGC naval forces shows the #US warships being closely monitored in the #PersianGulf waters, south of #Iranhttps://t.co/BEaY2NhbIL pic.twitter.com/k8Pzh8wdGO

Tasnim did not identify the vessels or say when the drone footage was shot, but in the video, the number “69” is seen clearly on the aircraft carrier.

The U.S. Navy begs to differ as to the time and place of the vision capture.

“The footage the Iranians recently released… appears to be several years old, and of the last deployment to the Arabian Gulf by the USS Dwight D. Eisenhower (CVN 69),” Lt. Chloe Morgan, U.S. Naval Forces Central Command spokesperson, told AFP in an email. 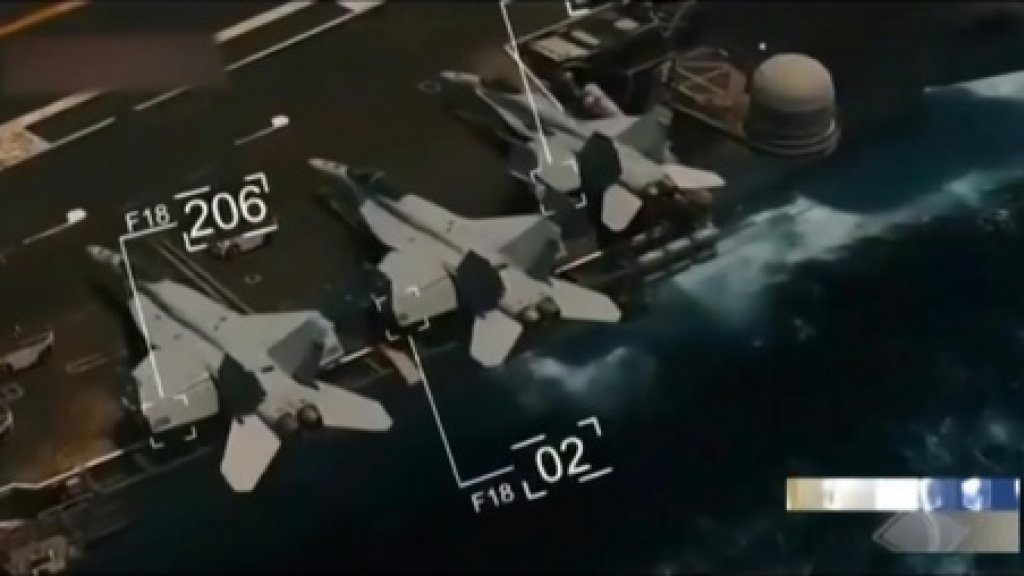 The development comes after the U.S. government earlier this month designated the Guard as a terrorist group to increase pressure on Iran and further isolate the country. “The IRGC masquerades as a legitimate military organization, but none of us should be fooled,” Secretary of State Mike Pompeo said.

In 2016, Iran’s navy similarly took video footage of the nuclear-powered carrier USS Harry Truman, based in Norfolk, Virginia, while it was in the Persian Gulf region launching airstrikes and supporting operations against the Islamic State group in Iraq and Syria.