The base, called Imam Ali, is located near the Syria-Iraq border, and its construction is being overseen by the Quds Force, the elite branch of Iran’s Islamic Revolutionary Guard Corps.

According to the firm’s analysts, the base can become operational once construction is completed over the next few months.

Defense experts told Fox that this is the first time Iran is building a base of this scale from scratch in Syria.

The new Iranian compound is less than 200 miles away from a U.S. military installation in neighboring Iraq. 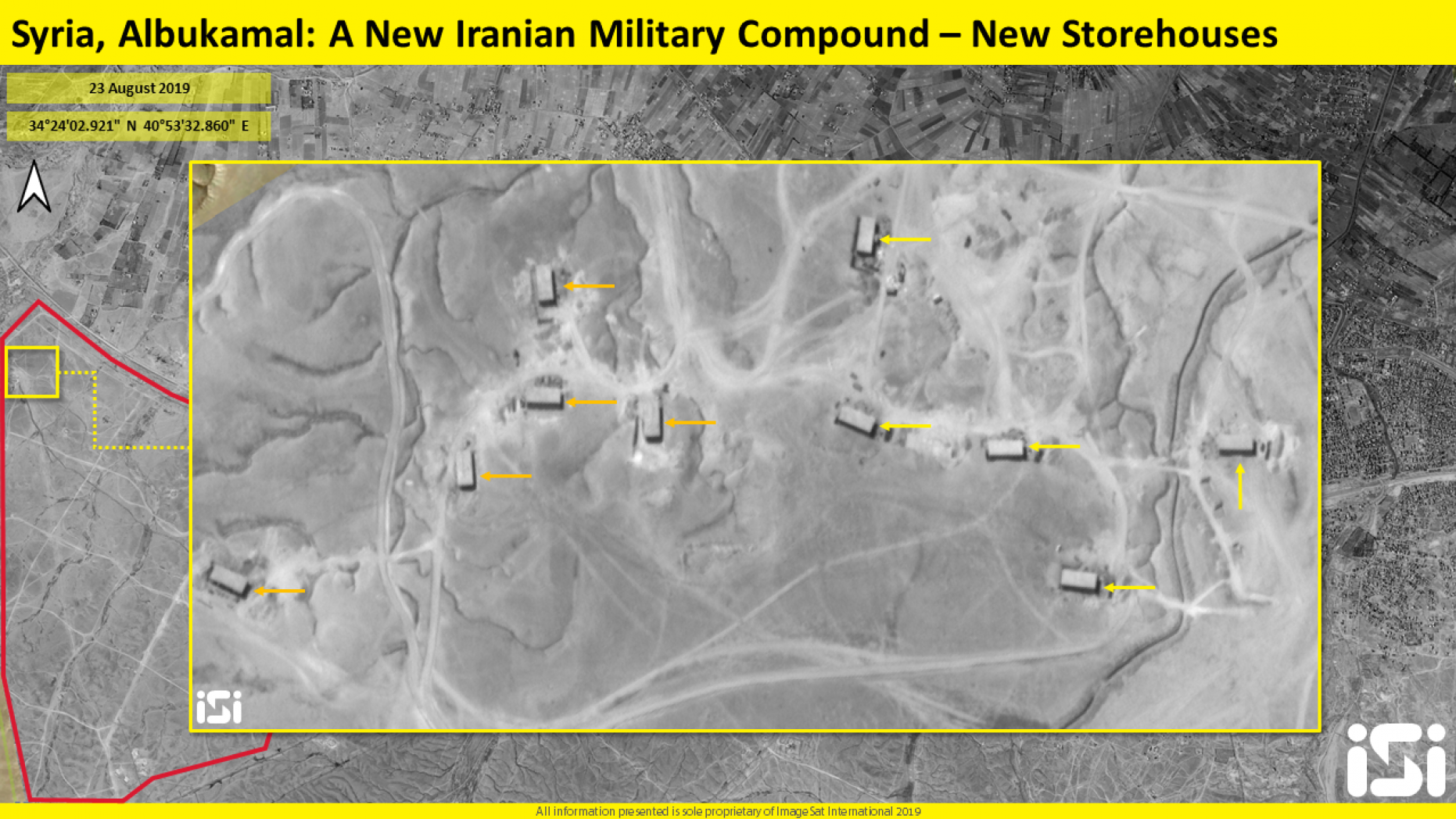 In recent years, Israel has conducted dozens of airstrikes against Iranian military facilities in a bid to prevent precision-guided missiles from ending up in the hands of Tehran’s terror proxy, Hezbollah.

“We are determined to eliminate this dangerous project,” he said. “The aim of the publication today is to convey a message that we will not sit by and allow our enemies to arm themselves with deadly weapons directed at us.”

On Tuesday, the IDF announced that it had identified a facility in southern Lebanon for the conversion and manufacture of precision-guided missiles being used by Hezbollah in partnership with Iran.

The compound, located near the town of Nabi Sheet in the Bekaa Valley in Lebanon, was established in 2013 by Iran and Hezbollah for weapons manufacturing, the army said in a statement, with the intention of turning crude projectiles into longer-range missiles with a range of over 100 kilometers (62 miles) and a strike radius of 10 meters.

“This facility is of superior importance to the Hezbollah precision-missile project, which is why Hezbollah, in fear of strikes, evacuated precious and unique equipment from the compound to civilian locations in Beirut,” the military said.

The announcement comes after an alleged Israeli drone attack on a Hezbollah stronghold in Beirut reportedly set back the Iran-backed terror group’s precision missile project by a year.

IDF spokesman Jonathan Conricus said it would not be long before the army would expose another of Hezbollah leader Hassan Nasrallah’s “lies.”

On Saturday, Nasrallah claimed that there were no precision missile facilities in Lebanon.

“We do not have precision missile factories. This is a lie and a pretext that [Prime Minister Benjamin] Netanyahu is adopting to carry out aggression,” Nasrallah said.

Of the terror group’s estimated 150,000 missiles, only several dozen are precision-guided.

The IDF said the uncovered factory is divided into motor production, quality assurance, manufacturing of explosives for warheads and logistics.

Iran is believed to have changed tactics by setting up weapons factories in Lebanon instead of smuggling weapons into Syria and risking Israeli airstrikes.

On Sunday, Hezbollah fired several anti-tank guided missiles at an army base and struck a military APC in northern Israel in an apparent reprisal for an Israeli attack in Syria that saw two of the terror group’s operatives killed. No one was harmed in the attack.

Israel retaliated by firing at around a hundred Hezbollah targets inside Lebanon.

According to an Israeli TV report, Israel was ready to launch a large-scale military campaign aimed at destroying Hezbollah’s precision missile system in Lebanon, but decided against it because no soldiers were hurt in Sunday’s attack.

“The fact that [Hezbollah leader Hassan] Nasrallah missed and didn’t kill any Israelis saved Hezbollah from the destruction of its precision missile program,” an IDF source was quoted by Channel 12 as saying. “The planes were already in the air.”