“Israel strongly condemns the latest manifestations of anti-Semitism and the vicious attack in the middle of Hanukkah at the home of the rabbi in Monsey,” Netanyahu said at the start of the weekly cabinet meeting.

“We send wishes for recovery to those injured. We will cooperate in any way with local authorities to help defeat this phenomenon. We offer this help to all countries.”

President Reuven Rivlin posted on his Twitter account that he was “shocked and devastated by the terrible terror attack in New York.”

“The resurgent anti-Semitism is not only a problem for the Jewish people, and certainly not for Israel alone. We must work together to confront this evil, which is again and again raising its head and represents a real danger to the entire world,” he wrote.

At least two victims of the attack in Monsey, which has a large Jewish population, were critically wounded.

Strategic Affairs Minister Gilad Erdan denounced the attack and vowed that his ministry would work to protect Jews all over the world. 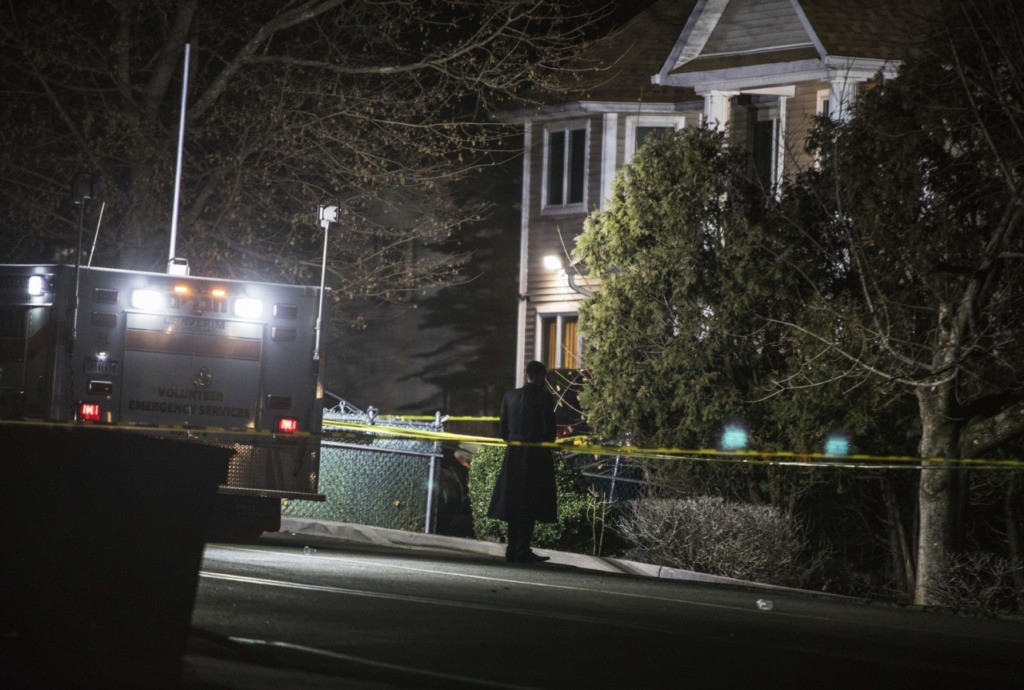 An Orthodox Jewish man stands in front of a residence in Monsey, N.Y., Sunday, Dec. 29, 2019, following a stabbing late Saturday during a Hanukkah celebration. A man attacked the celebration at the rabbi’s home north of New York City late Saturday, stabbing and wounding several people before fleeing in a vehicle, police said. (AP Photo/Allyse Pulliam)

“The delegitimization and antisemitism we face every day has raised its ugly head once again, this time through a vile machete attack,” he said.

“My condolences to all of the families of the wounded and to the entire American Jewish community. We will also continue to work tirelessly to restore the sense of personal security each and every Jew deserves, even from afar, wherever they are.”

Blue and White leader Benny Gantz similarly warned of a “growing number of attacks on Jews around the world.”

“This shocking incident during a Hanukkah celebration is another example of a global problem that faces us today. I have no doubt that the American authorities will show zero tolerance toward the stabber, and will do everything they must to put an end to this phenomenon.”

Gantz’s number two, Yair Lapid, wrote on Twitter: “Anti-Semitism won’t beat us down, it won’t destroy our spirit. The community in Monsey today will also light the last candle of Hanukkah and pray for better times.”

In a Hebrew-language tweet, Yisrael Beitenu leader Avigdor Liberman called on Jews to immigrate to Israel.

“Over and over we are witnesses to the terrible consequences of anti-Semitism, this time in Monsey, New York. Along with the profound sadness and wishes for a speedy recovery to the wounded, it’s important to know that the main solution to this phenomenon is immigration to Israel.”

Foreign Minister Israel Katz joined the condemnation, tweeting that he was “shocked and deeply upset by the antisemitic attack in Monsey, New York.”

I am shocked and deeply upset by the antisemitic attack in Monsey, New York. I wish all those injured and affected a speedy recovery. This attack on Hanukkah, is another reminder of the murderous nature of antisemitism and the need for it to be tackled by everyone.

Israel’s Ambassador to the UN Danny Danon called on the U.S. to take action to fight attacks against Jews.

“Anti-Semitism has no border. It raises its head in the United States, in Europe and around the world. The world’s nations must unite in a struggle against the wave of hate.”