A mass stampede by mourners at the funeral of Iranian military commander Qasem Soleimani caused 35 deaths and injuries to 193 others on Tuesday morning, Iran state media reports.

The military leader’s coffin was part of a procession that moved through the streets of his hometown of Kerman in the southeast of Iran on the fourth day of his funeral.

The ceremony is taking place as a top Iranian security official said Tehran is considering 13 “revenge scenarios” after the drone strike on the general, according to the semi-official IRNA news agency. 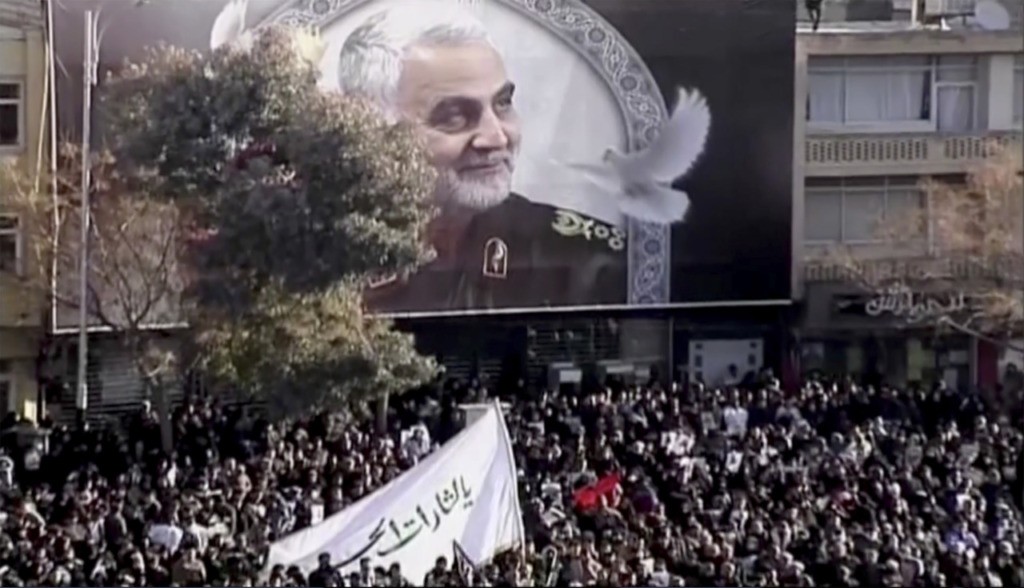 In this image made from a video, mourners gather to pay their respects to the slain Gen. Qasem Soleimani in Kerman, Iran Tuesday, Jan. 7, 2020. (Iran Press via AP)

Ali Shamkhani, secretary of the Supreme National Security Council of Iran, said a response is near: “The Americans should know that until now 13 revenge scenarios have been discussed in the council and even if there is consensus on the weakest scenario carrying it out can be a historic nightmare for the Americans.”

“If the U.S. troops do not leave our region voluntarily and upright, we will do something to carry their bodies horizontally out,” Shamkhani added.

Iran’s parliament, meanwhile, passed an urgent bill declaring the U.S. military’s command at the Pentagon and those acting on its behalf in Soleimani’s killing as “terrorists,” subject to Iranian sanctions.

The measure appears to be an attempt to mirror President Donald Trump’s decision in April to declare the Iran Revolutionary Guard a “terrorist organization.”