Democrat Ammar Campa-Najjar, who is running for Congress in California’s 50th district, created a music video about the Palestinian cause in 2012 that included the slogan “Free Palestine.”

The video, posted to Kickstarter, is called “Project ‘Peace in Palestine’.” It purports to tell the “universal Palestinian story: a people’s perennial dream for peace.”

The video includes images of Palestinians in various evocative settings, highlighting public demonstrations of national pride. One image includes a sign: “Terror is our common enemy.”

However, the video also features images of dead Palestinian children and other images of war. The lyric “Free Palestine” is heard over images of Jerusalem and its holy Muslim and Christian sites, suggesting that they should be liberated from Israeli sovereignty.

The slogan “Free Palestine” is associated with radical anti-Israel groups, who refuse to recognize Israel’s right to exist and consider all of it to be occupied Palestinian territory. Some also regard the slogan as antisemitic.

Though the song also features lyrics about peace, it does not feature any images of peace or reconciliation between Palestinians and Israelis. It includes many images of Palestinian flags, but no images of Israeli flags.

One image includes a sign demanding the Palestinian “right of return,” which would flood Israel with the descendants of Arab refugees from the 1948 war and effectively end Israel’s existence.

The video is described as the joint product of Campa-Najjar — who then went by the name Ammar Najjar — and artist Peter Bolland.

Campa-Najjar’s campaign responded to a request for comment about the video Thursday afternoon: “It’s promoting peace, as Ammar always has. Pretty straight forward.”

The campaign also sent a photograph of Campa-Najjar meeting with former Israeli Prime Minister Ehud Barak, who led the Israeli special forces mission in which both his grandfather and grandmother were killed. 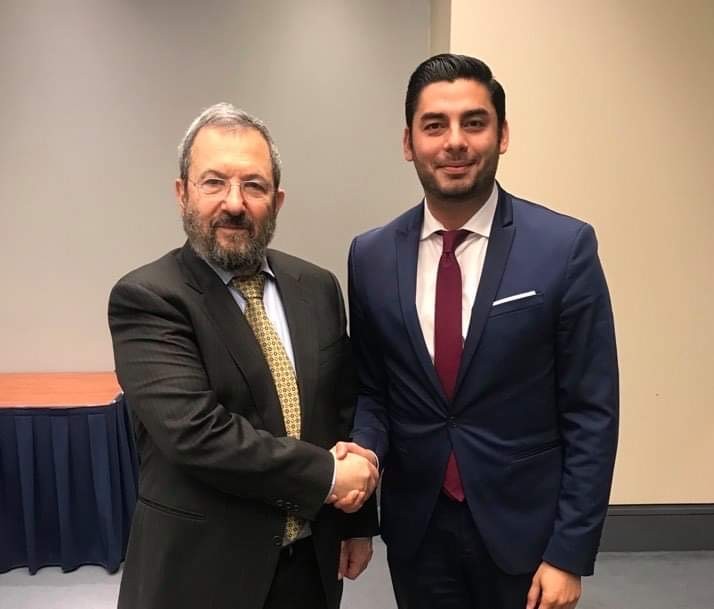 The Kickstarter project, now defunct, offered incentives for donations. At the $50 level, for instance, the project offered a “‘Peace in Palestine’ t-shirt, a signed CD, and a personal thank you letter from the Palestinian Ambassador to the Kingdom of Norway, His Excellency Yasser Najjar.” The project ultimately raised $75 before being canceled.

Yasser Najjar is Campa-Najjar’s father. His grandfather, Muhammad Yousef al-Najjar, was a Palestinian terrorist involved in the massacre of Israeli athletes at the Summer Olympics in Munich, Germany, in 1972. He was killed in a raid by Israeli special forces in Beirut, Lebanon, in 1973.

Campa-Najjar, a Christian of Mexican and Palestinian descent, has disavowed his paternal grandfather’s beliefs and actions, though he called him a “legend” in a 2015 Instagram post. He changed his name in 2018 to add his mother’s maiden name.

Correction: Issa represented the 49th district, not the 48th as previously indicated.