Iranian defector and judoka Saeid Mollaei dedicated his silver medal to Israel at the Tokyo Olympics, and thanked the Jewish state for the “good energy.”

“This medal is also dedicated to Israel and I hope the Israelis appreciate this achievement,” Mollaei said according to the Kan public broadcaster.

“I hope the Israelis are happy with this win,” Mollaei said, and added in Hebrew: “Todah (thank you).”

Mollaei competed on behalf of Mongolia in the final of the men’s judo 81-kilogram division.

Saeid Mollaei is the Iranian judo champion who in 2019 defied regime orders to lose intentionally so as not to compete with Israelis. He defected to Germany.

Mollaei left the Iranian team after his refusal to forfeit a match against Israeli judoka Sagi Muki in 2019. Soon after he was granted refugee status by Germany when he was forced to flee his birthplace. 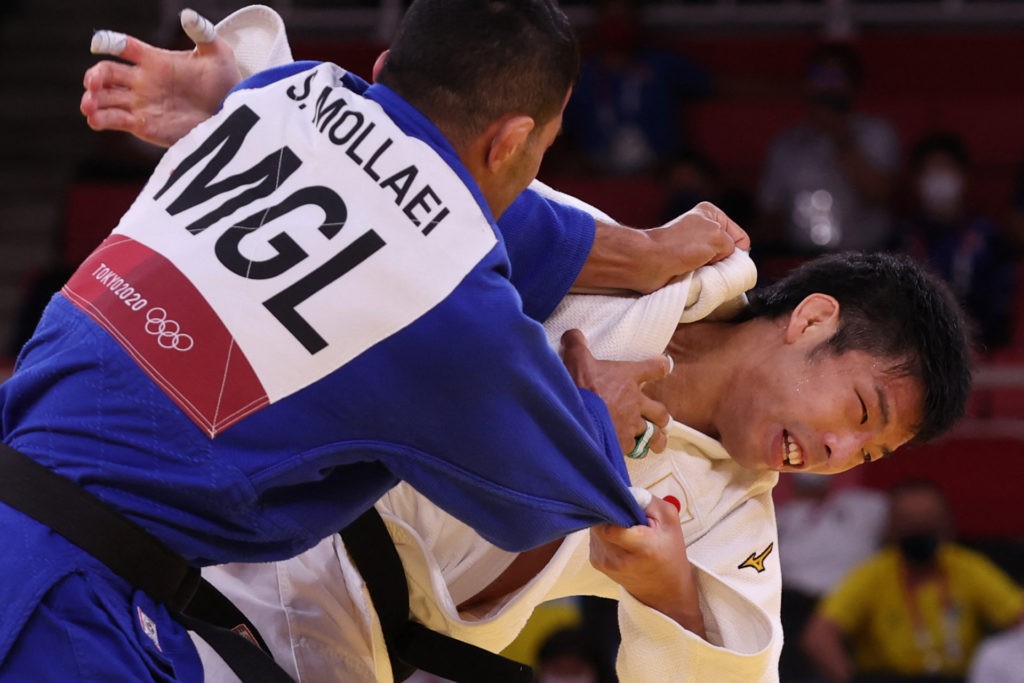 He eventually received citizenship in Mongolia and flew to Tel Aviv earlier this year for a competition.

Earlier this year, Iran was slapped with a four-year ban against participation in judo tournaments for refusing to let its athletes face off against Israeli competitors.