The arrests, which occurred in the West Bank town of Jenin, come a week after the four other escaped high-security prisoners were apprehended in northern Israel. All six, considered highly dangerous terrorists, were from the Jenin area.

Iham Kamamji and Munadil Nafiyat, both members of the Islamic Jihad terror group, did not protest the arrest.

“The two terrorists were caught alive and were handed over for interrogation by the security forces,” the army said, noting that it was a joint operation by the Israel Defense Forces, Shin Bet security service, and the counter-terrorism police unit.

Riots broke out around the city following the arrest, the army said.

“As forces were leaving the city, riots broke out in a number of locations, during which rioters threw stones and explosives at the troops and gunmen opened fire in the area,” a military statement said.

“The Yamam (police counter-terrorism unit), Shin Bet and the Haruv Reconnaissance Unit entered the city of Jenin, sealed off and surrounded the house, including gunfire around the building in which the fugitive terrorists were hiding. They came out unarmed and without resistance,” the IDF said.

Israeli forces deployed a decoy tactic by sending large numbers of troops to a different area of the city. It sent a much smaller tactical team to the location of Kamamji and Nafiyat’s hiding place.

Fouad Kamamji, Iham’s father, told The Associated Press his son had called him when the Israeli troops surrounded the house and said he would surrender “in order not to endanger the house owners.”

“As time passed, we knew they were in Jenin,” Police Commissioner Kobi Shabtai said early Sunday. “We prepared for several days for a complex mission and tonight, after receiving the information we had been waiting for, the signal was given to start the operation, with Yamam forces at the forefront.”

Four of the six prisoners were found and apprehended last weekend in the northern Israeli town of Nazareth and the nearby village of Umm al-Ghanam. According to Israel police,  local Arab Israelis helped with their capture, with dozens of Arabs calling the police alerting them of their whereabouts. 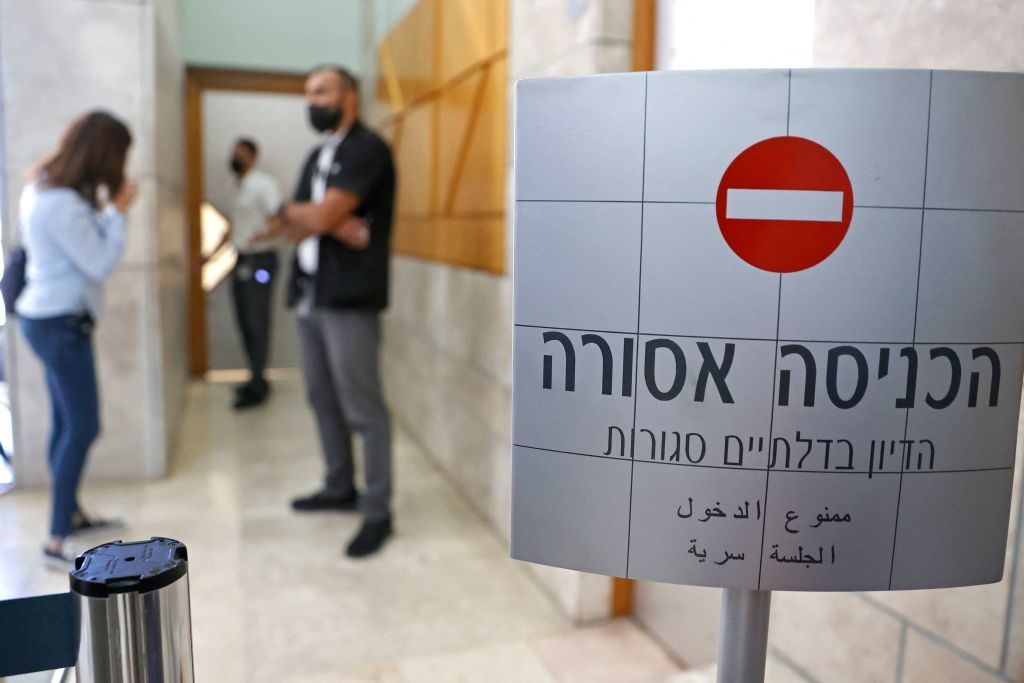 Journalists arrive at the courthouse ahead of a court session in the Israeli city of Nazareth on September 19, 2021, for the Palestinian militants who escaped from a high-security prison earlier this month. All six Palestinian fugitives who escaped a high-security Israeli jail through a tunnel dug under a sink are now back in custody. (JACK GUEZ/AFP via Getty Images) 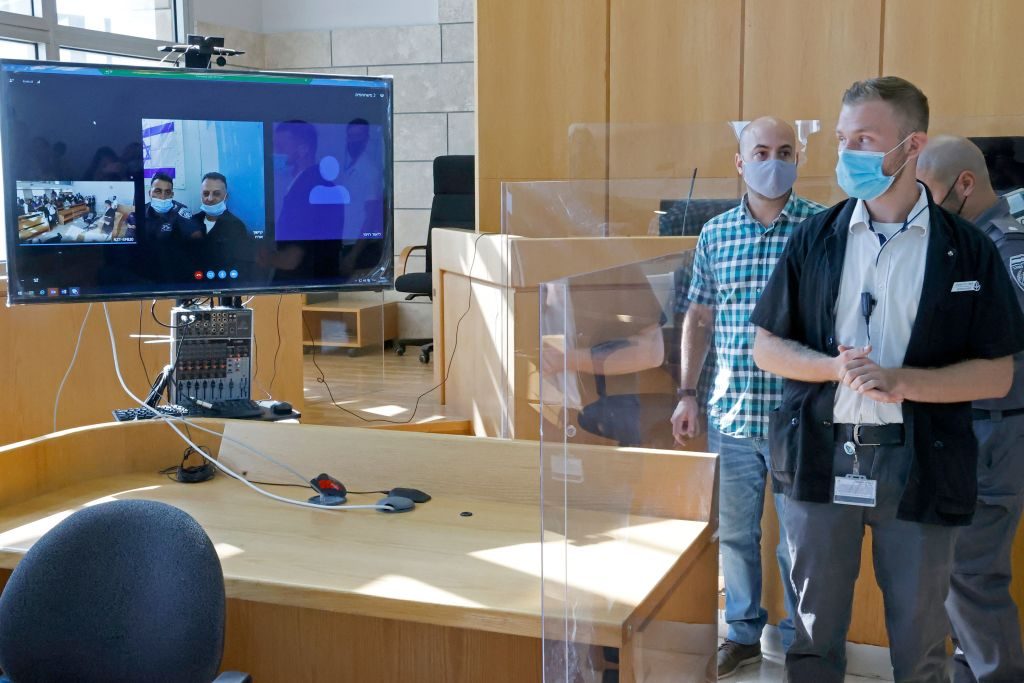 The six escaped the maximum security Gilboa Prison in northern Israel through a tunnel they had dug under a cell sink using sharpened pan handles, triggering a massive manhunt in the area as well as in the West Bank. Five of the six are members of the Palestinian Islamic Jihad terror group, and four are serving life sentences for planning deadly attacks against Israelis.

One of the captured, Zakaria Zubeidi, is a commander in the terror wing of the Palestinian political party Fatah, and was awaiting trial for more than two dozen crimes including multiple terror attacks during the Second Intifada.

Palestinians held several rallies hailing the fugitive “heroes.” The jailbreak, largely regarded as Israel’s worst, was seen as a huge success for the Palestinian cause. Arab Israelis who helped police capture the fugitives were vilified as traitors on social media.

The jailbreak was followed by multiple stabbing attacks by Palestinian knifemen and rocket fire from the Hamas-ruled Gaza Strip.