Rising optimism on the economy among racial minorities is boosting President Donald Trump’s chances in 2018, says a poll by Zogby Analytics.

There is room for Trump’s support to grow, especially if wages and salaries start rising in Trump’s “Hire American” economy.

A January 2018 poll by CBS of 2,164 adults conducted in early January showed 14 percent African-American support for Trump. The CBS poll also showed that an additional 22 percent said: “I am against Trump now, but could reconsider him if he does a good job.” The same poll showed 24 percent Hispanic support for Trump, plus 28 percent potential support. 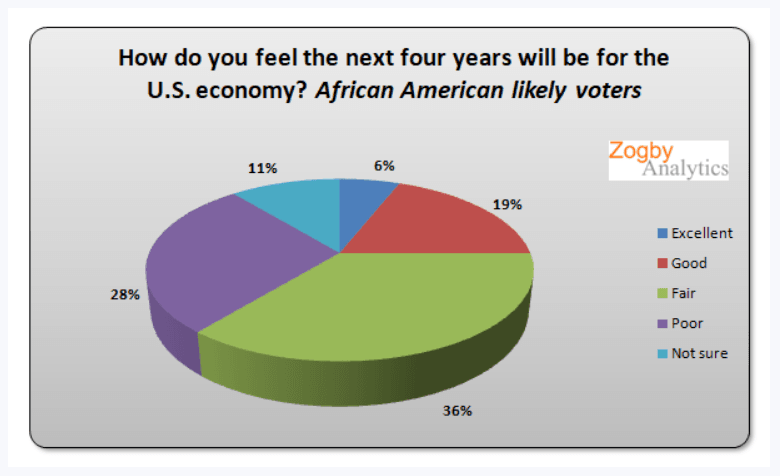 The Zogby data shows that 43 percent of Hispanics feel “good” or “excellent” about the economy. 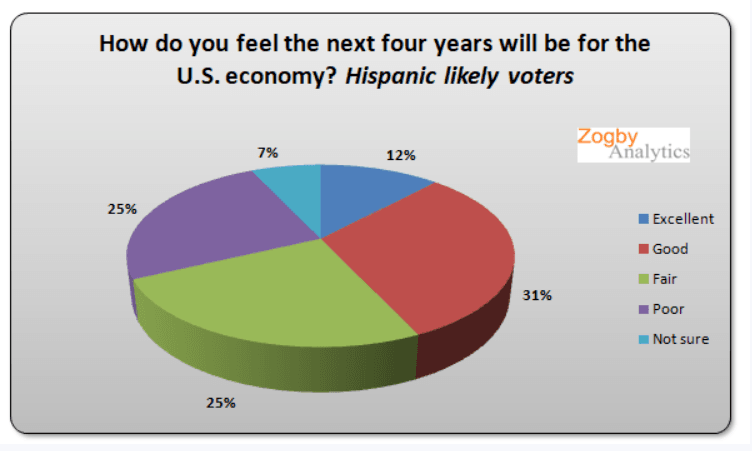 In both groups, men declared themselves to be far more optimistic than the women:

Almost half of Hispanic men think the economy will be good (excellent and good combined) over the next four years; the same amount think things will not be good (fair and poor combined). Nearly two in five Hispanic women think the economy will be good the next four years, while half (51%) think things will be not be good for the U.S. economy …

African American men (34% good and 58% not good) were more optimistic when it came to the economy over next four years compared to women (18% good and 70% not good).

However, Zogby’s samples are small. According to the survey: