Supporters of the new asylum reforms point out that the reforms can prevent many Central American economic migrants from using “catch and release” laws and rules created by pro-migration advocates and judges. In turn, the reduced migration will help economic and civic development in the Central American countries, say reformers.

“Assuming the guidance is faithfully adhered to, it would reduce the number of positive [asylum] claims,” said Andrew Arthur, a former immigration-court judge who now works with the Center for Immigration Studies.

In response, the pro-migration groups are ratcheting up the criticism as they prepare lawsuits against Sessions’ reforms.

“Sessions is abusing his authority over the immigration courts to impose [his] extremist anti-immigrant vision for America; a vision that includes refusing to give women and children fleeing horrific violence their day in court,” said David Leopold, a progressive immigration lawyer, and an advisor to the pro-migration DHS Watch group. Sessions’ legal argument, Leopold claims:

is not a well-reasoned statement of the law. It’s a political statement masquerading as a precedent decision designed to force asylum adjudicators and immigration judges to advance an extremist anti-immigrant agenda.

Federal “law requires a case-by-case review of each asylum claim, not a predetermined conclusion that the vast majority of a large class of asylum seekers are barred from asylum,” complained Ur Jaddou, who was Obama’s chief counsel at the U.S. Citizenship and Immigration Services agency. Jaddou, who now runs DHS Watch, added:

Like they did with their egregious family separation policy, Sessions and [DHS Secretary Kirstjen] Nielsen are once again joining forces to inhumanely abuse their authority and thwart the rule of law to block women, children and others in desperate need of protection afforded under our law.

Jaddou and Leopold are arguing that AG Sessions does not have the discretion to revamp asylum procedures, even though they both have claimed that Obama had the “prosecutorial discretion” to stop enforcing immigration law via the ‘DACA’ amnesty.

Obama’s relaxation of asylum rules flooded the nation’s immigration courthouses, creating a backlog of roughly 700,000 cases. Most asylum seekers are allowed to work while their court cases are stuck in court for two or more years, and in 2017, roughly 400,000 work permits were given to pending asylum-seekers. The migrant population has also crowded into classrooms and communities, at a huge cost to working-class Americans and their children — but also generating a huge windfall for university-educated lawyers, property owners, and cheap-labor employers, whose children can go to expensive schools.

Sessions’ reforms were outlined in a July 11 memo to the Department of Homeland Security officials who conduct the first interviews with would-be asylum seekers.

Those interviews are critical because they decide whether each applicant has a “credible fear” of persecution if he or she is sent back to their homeland. If the border officer decides the person does not have a “credible fear,” the person is not allowed to file a claim for asylum — or to exploit the various catch-and-release loopholes — and is quickly repatriated to their home country.

Under policies set by President Barack Obama, 80 percent of asylum seekers were allowed to pass the “credible fear” test — although only one-fifth of them eventually won their asylum claims. 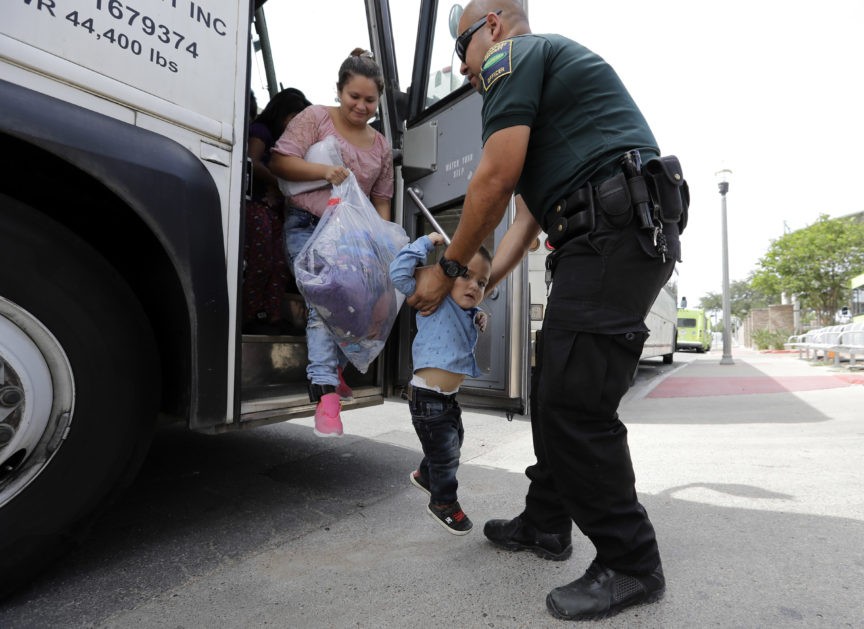 The memo tells officers that migrants who cite fear of criminals or abusive spouses do not meet the international and long-established test for political, religious or “social group” persecution. This policy reverses the pro-migration policies created by deputies working for Obama. The memo says:

claims based on membership in a putative particular social group defined by the members’ vulnerability to harm of domestic violence or gang violence committed by non-government actors will not establish the basis for asylum, refugee status, or a credible or reasonable fear of persecution.

The Sessions memo also shifts power from D.C.-based elite lawyers down to the front-line professionals in the immigration agencies. For example, the memo allows border officers to start using their professional judgment about whether the migrant is credible:

The memo also gives officers the authority — “discretion” — to consider and use a broad range of evidence they were directed to ignore during the Obama administration. The memo says valid evidence includes migrants’ decision to ignore asylum opportunities in Mexico, or to sneak into the United States, or their ability to earn a living in the United States:

In exercising discretion, officers should consider any relevant factor, including but not limited to: “the circumvention of orderly refugee procedures; whether the alien passed through any other countries or arrived in the United States directly from her country; whether orderly refugee procedures were in fact available to help her in any country she passed through; whether he or she made any attempts to seek asylum before coming to the United States; the length of time the alien remained in a third country; and his or her living conditions, safety, and potential for long-term residency there.”

Under Obama, border officers were reduced to blue-collar cogs in the elite left’s immigration-machine and were ordered to not notice migrants’ abuse of the asylum rules.

All this reform is too much for the progressive groups which are pushing to maximize migration into blue-collar American towns. For example, Frank Sharry, the director of the pro-migration group, America’s Voice, replayed the progressives’ claim that America is a land of and for immigrants — but not Americans — saying:

Jeff Sessions and Kirstjen Nielsen are taking a wrecking ball to the very idea of America as a shining city on the hill that provides refuge to those coming to America seeking freedom and safety. The subversion of asylum laws and reversal of settled standards for protection will, quite literally, send refugees to their deaths. For caring people in America, every person who comes to our nation seeking safety from violence deserves a fair case-by-case process. Sessions and Nielsen are trashing our foundational values, our best traditions, and our settled practices without so much as a hearing in Congress.