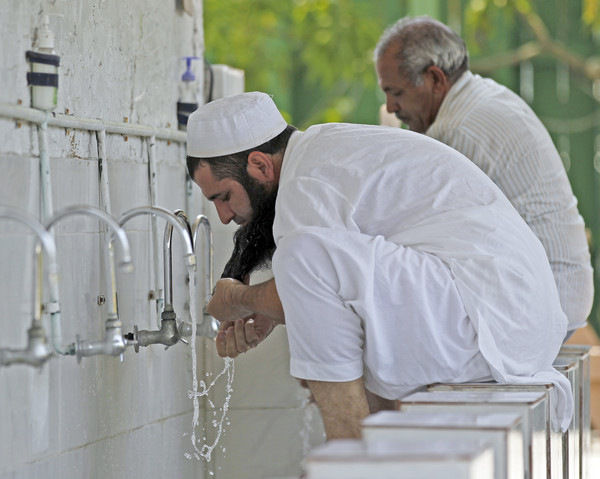 Last Friday, May 20th, U.S. Congressman Louie Gohmert of the First District of Texas indicated the current Administration appears to be complicit in supporting the designated terrorist organization Hamas. Thus far, there has been nearly no media coverage on the Congressman’s comments, which, one would think, would have a significant impact because of the implications of such an accusation.

The comments came during an interview on the nationally syndicated radio program, “The Sean Hannity Show,” and were in response to reports of the attendance of Mohammed Magid at President Obama’s speech on Thursday May 19th at the U.S. Department of State regarding Israeli and Palestinian issues in the Middle East.

The US v Holy Land Foundation trial was the largest successfully prosecuted terrorism financing and Hamas trial in U.S. history. Adjudicated in Dallas, Texas in November 2008, HLF and its leadership were convicted of sending over $12 million dollars to Hamas. HLF was one of three Hamas fronts created by the U.S. Muslim Brotherhood’s Palestine Committee (Hamas) – the Council on American Islamic Relations (CAIR) was the fourth Hamas entity created here.

The Islamic Society of North America (ISNA), the North American Islamic Trust (NAIT), and CAIR are all listed “Unindicted Co-Conspirators” in the HLF trial. All three organizations petitioned the court to have their names removed from this list. In the Prosecutorial Memo to the court, federal prosecutors wrote: “ISNA and NAIT, in fact, shared more with HLF than just a parent organization (MB). They were intimately connected with the HLF and its assigned task of providing financial support to Hamas…The U.S. Muslim Brotherhood created the U.S. Palestine Committee which documents reflect was originally comprised of three organizations: the OLF (HLF), the IAP, and the UASR. CAIR was later added to these organizations…the mandate of these organizations per the International Muslim Brotherhood was to support Hamas.”

Congressman Gohmert, a former Chief Justice for the 12th Court of Appeals in Texas, said, “There were a number of the co-conspirators that asked that their names be stricken from the pleadings. The judge refused to strike ISNA and others because he says there’s a prima facie case against them…I’ve seen documentation – deposit slips, journals, ledgers and things. They have a tremendous amount of evidence that could have been used to prosecute ISNA.”

In ruling on this matter, Federal Judge Solis of the Northern District of Texas stated “The Government has produced ample evidence to establish the associations of CAIR, ISNA, and NAIT with HLF, the Islamic Association for Palestine (“IAP”), and Hamas.” A three-judge appellate panel unanimously ruled the same. Thus far, the Department of Justice is not seeking to prosecute ISNA, NAIT, or CAIR.

In March of this year, Deputy National Security Advisor Dennis McDonough went to the All Dulles Area Muslim Society (ADAMS) in Sterling, Virginia where he was the keynote speaker. The Executive Director of ADAMS is Mohammed Majid. Besides thanking Majid for leading prayers during the Iftar Dinner at the White House, included in Mr. McDonough remarks were these: “Thank you (Majid) for being one of the leading voices for the values that make America so strong. Especially religious freedom and tolerance…Whether it’s here at ADAMS or as the President of the Islamic Society of North America you’ve spoken with passion and eloquence not only about your own Islamic faith, but for the need to build bridges, as you’ve demonstrated here.” It is apparent the Deputy National Security Advisor to the President is not aware that the MB doctrine states that a “bridge” between the Muslims and non-Muslims is a one-way bridge – the MB reaches out to U.S. government entities to subvert them. That’s their doctrine.

In response to this incident, Congressman Gohmert stated, “We’ve got the President of (ISNA) the Justice Department documents alleged co-conspirator for funding Hamas in the White House leading the President in prayer…He (Mohammed Majid) is in the inner sanctum of the State Department, he’s in the White House, and his organization – I’ve seen documents that make pretty clear they are helping fund Hamas.”

But the bombshell came when the Congressman helped the Hannity listening audience put the pieces together with regards to the comments by the President at the State Department and the fact that Mohammed Majid, ISNA’s President, sat in the front of the audience of that speech.

Congressman Gohmert quoted the President in the speech with, “The recent announcement of an agreement between Fatah and Hamas raises profound legitimate questions for Israel,” and Gohmert responded with: “It doesn’t. It raises profound questions and issues for this administration, because under our criminal law you can be indicted for providing support to Hamas. And in fact one of the convictions was over providing funds, goods, and services to Specially Designated Terrorist organizations, and that’s Hamas. So it’s not just an issue for Israel, it’s an issue for our United States, and particularly this President and his administration.”

For those of you paying attention, at least one sitting U.S. Congressman understands the depth of the Muslim Brotherhood penetration inside our government, and the reality that government leaders who work with known Muslim Brotherhood leaders need to be held accountable – criminally.