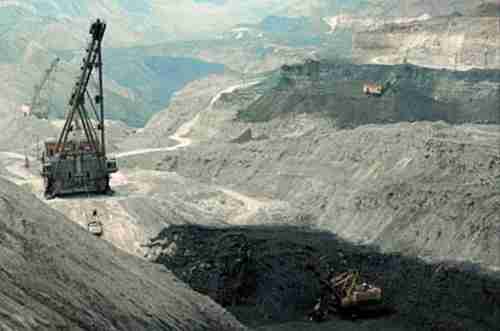 Kazakhstan copper mine. Kazakhstan’s copper is worth 23% more today than on Wednesday

Yesterday, we reported that China’s yuan devaluation was causing currency chaos in Asia. On Thursday, that chaos deepened in Asia, and spread to global stock markets.

Thursday’s most dramatic event was the crash in Kazakhstan’s currency, devaluing by 23%.

Kazakhstan’s economy has been hit from all sides. Its biggest export is oil, and the price of oil has fallen almost 60% in the last year, and is still falling. The 23% tenge devaluation means that now Kazakhstan will get about 23% more for its oil. Russia and China are its top trading partners, and both Russia and China have already had substantial currency devaluations against the US dollar. The 23% tenge devaluation will help Kazakhstan’s balance of trade with these and other countries.

The global currency war that we discussed last week ( “12-Aug-15 World View — China’s yuan devaluation a humiliating setback for ‘China dream'”) seems to be in full swing. South Africa’s rand, Brazil’s real, and Malaysia’s ringgit currencies all fell to multi-year lows against the US dollar in the last week.

According to Morgan Stanley’s foreign exchange strategy head Hans Redeker: It’s all about vulnerability. Major victims of the policy change this time are currencies of countries with high export exposure and export competitiveness with China.” A 1930s-style global currency war, or “race to the bottom,” appears to be in full swing.

The global devaluations and the dollar’s strengthening are going to affect America’s balance of trade with other countries, which means that the US will be able to export fewer goods. This will affect the US economy, as hinted by the sharp Wall Street plunges on Wednesday and Thursday, and that effect will grow as the devaluations continue, so that at some point the US may have to devalue as well, and join the race to the bottom. Bloomberg and Reuters and Bloomberg (8/16)

China’s Shanghai stock market index plummeted 8.2% in the last three days (Tuesday-Thursday). As those who have been following the situation in China will recall, China’s stocks are in huge bubble that began to implode on June 12, with the index quickly plummeting 30% within a couple of weeks.

The Chinese Communist Party (CCP) went into full-scale panic, and poured hundreds of billions of dollars into the stock market to prop it up, and also passed regulations making it illegal for large companies to sell stocks, or for the media or bloggers to use words like “panic.”

So the significance of the 8.2% fall in the last three days, beyond just the fact that a lot of elderly Chinese are losing their life savings, is that the CCP is rapidly losing more and more credibility, and chances of a “people’s rebellion” against the CCP are increasing.

The S&P 500 price/earnings ratio (stock valuation index) is still above 21, far above the historical average of 14, indicating a huge Wall Street stock market bubble. China’s bubble had to implode sooner or later, and the same is true of Wall Street. It’s possible that it’s happening right now. Guardian (London) and Reuters