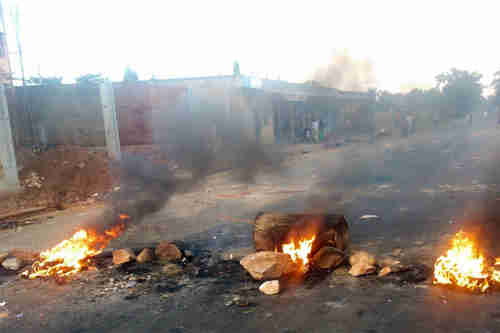 Bodies are piling up in Bujumbura, the capital city of Burundi, and now Welly Nzitonda, the son of a prominent human rights defender Pierre-Claver Mbonimpa was found dead in the streets on Friday. It is believed that these people were killed by government security forces under orders of the Hutu president Pierre Nkurunziza.

Burundi and Rwanda fought an extremely bloody civil war between ethnic Tutsis and Hutus in the 1990s, climaxing in 1994 when close to one million Tutsis were killed by Hutus in a three-month period. Nkurunziza took office in 2005, and has served for two terms, which is the maximum allowed under the country’s constitution, written during the post-war Recovery era with the intention of preventing another civil war.

The current round of violence began in April when Nkurunziza announced that he would run for a third term, in apparent violation of the constitution. Young people, mostly Tutsis, began protesting, and were met by police shooting bullets, tear gas and water cannon. Within weeks, tens of thousands of people had fled their homes and sought refuge in neighboring Rwanda or Democratic Republic of Congo (DRC).

Many people fear a return to full-scale violence between Hutus and Tutsis, as in the 1990s. From the point of view of Generational Dynamics, that is impossible, since there are too many survivors of that horrific genocide still alive to ever allow it to happen again.

Prior to the 1990s, Hutus and Tutsis had lived together, intermarried, and had their children play with each other. When the 1994 genocide occurred, a Hutu might pick up a machete, go to the Tutsi home next door, or down the street, murder and dismember the man and children, rape the wife and then murder and dismember her. Almost a million Tutsis were killed.

What is going on in Burundi today is quite different. The violence today is coming from the politicians, not from the people. Nobody is picking up a machete and killing the family next door. What is happening is that, apparently, government security forces are going around killing anyone who opposes the government.

Several days ago, I wrote a long analysis of the different types of civil wars. What is happening in Burundi today is that the crisis civil war between Hutus and Tutsis ended, and now the Hutu leaders are using violence to stay in power, allegedly because they fear a return to civil war.

Nkurunziza has not yet resorted to full scale genocidal violence against his political opponents, but he is on that path, and may be using Zimbabwe and the savage monster Robert Mugabe as models. Mugabe’s 1984 pacification campaign was known as “Operation Gukurahundi” (The rain that washes away the chaff before the spring rain). During that campaign, accomplished with the help of Mugabe’s 5th Brigade, trained by North Korea, tens of thousands of people, mostly from the Ndebele tribe, were tortured and slaughtered. Later, Mugabe single-handedly destroyed the country’s economy by driving all the white farmers off the farms, resulting in one of the biggest hyperinflation episodes in world history.

Nkurunziza has not gone that far, but he is on that path. Unless he is willing to give up his third term is president, it is pretty clear that the demonstrations will increase and the violence will increase. AFP and AP (1-Oct) and United Nations

The Kurdistan Workers’ Party (PKK) militant group in Turkey issued a statement on Thursday ending a unilateral ceasefire that they called in early October.

The PKK statement said that they had hoped that Turkey’s president Recep Tayyip Erdogan would soften his position towards the PKK once his party had won last week’s parliamentary relation. Instead, Erdogan followed the election by saying that the war against the PKK would continue until they all surrender.

On Thursday of this week, Erdogan gave a strident speech renewing the threats of violence until every last militant was “liquidated.”

On Friday, Turkey’s army says that it killed at least 31 PKK terrorists in southeastern Turkey Anadolu Agency (Turkey) and Reuters

Turkey plans major winter operations against both ISIS and PKK

In addition to continued war against the PKK, Turkey plans major winter operations against the the so-called Islamic State (IS or ISIS or ISIL or Daesh).

According to Turkey’s Foreign Minister Feridun Sinirlioglu, the war against PKK will be fought with the help of the civilian Kurdistan Regional Government (KRG), which is separate from the PKK, and which has helped to protect many Christian and other refugees in Iraq:

The occupation of one third of Iraq, and also vast areas of Syria, by Daesh [ISIS] has undoubtedly created one of the most serious challenges.

It has threatened our security and, although the Daesh advance has been checked with the support of the international effort which we are a part of, the threat is far from over.

As before, Turkey stands together with Iraq and the KRG in the fight against [ISIS]. We are determined to continue our military and humanitarian assistance that has started from the very beginning of the crisis. As a country that has suffered immensely from terrorism for so many years and one that hosts more than 2 million refugees, no other country understands the undue burden that 1.7 million IDPs [internally displaced persons] and refugees, as well as the war effort against [ISIS], creates on the KRG.

Rest assured that Turkey is steadfast in its support for Iraq and the KRG in the fight against terrorism. We will continue our assistance to ease the suffering of so many IDPs and refugees, who have become victims of a vicious terrorist organization.

ISIS is believed to have been behind recent large suicide bombings in Ankara and Suruç, targeting Kurds. Hurriyet (Ankara) and Daily Sabah (Istanbul)