A photograph of Syed Farook and Tashfeen Malik arriving in the United States as a couple for the first time, dated July 27, 2014, has surfaced. It was taken in the customs area at Chicago O’Hare International Airport and obtained by ABC News, which did not go into detail about how it came by the image. 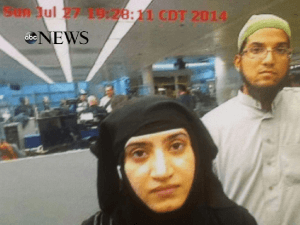 “U.S. officials previously said that Farook, a U.S. citizen originally from Chicago, traveled to Saudi Arabia in July 2014 and returned less than two weeks later with Malik in tow,” ABC writes.  “Malik, a Pakistani who officials said spent much of her life in Saudi Arabia, entered the U.S. on a so-called ‘fiancé’ visa, which allowed Farook to petition for her entry ahead of marriage. The two were married in the eyes of U.S. law in California just a month after their arrival, although some officials have said they could have been married earlier abroad.” 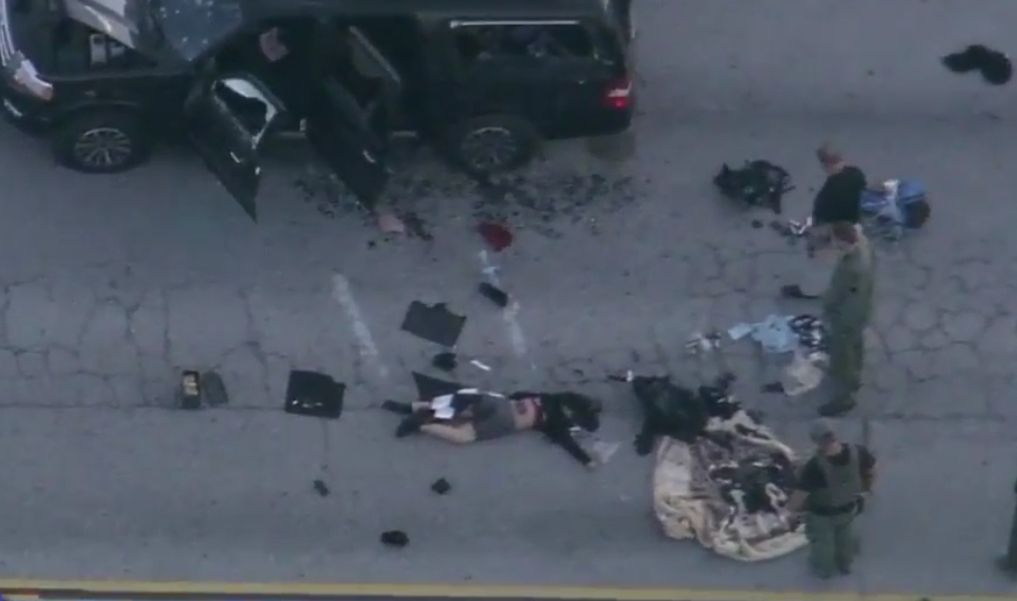 “Some officials have said?” These would be the same officials who assure us they can screen refugees from Syria, a war-torn wasteland filled with terrorist armies battling a monstrous dictatorial regime, with perfect accuracy but, as ABC puts it, “federal officials around the world today are urgently trying to track the backgrounds and contacts” of the jihadi couple.

One of them was the son of Pakistani immigrants, the other is a Pakistani who spent “much of her life” in Saudi Arabia – two countries with vastly more sophisticated civil-service infrastructure than Syria – and yet, days after the deadliest attack on U.S. soil since 9/11, with 100 percent of its law-enforcement and intelligence resources fully engaged, the Obama Administration is still “trying” to dig up sparse details on Farook and Malik, including when they got married, and how Malik waltzed through “fiance visa” screening with such a sketchy background.  And in his big, much-ballyhooed prime-time speech on the attack, President Obama could not even get her visa status right!

Actually, the Saudi government is disputing the characterization of Malik as someone who spent “much of her life” in their kingdom, and became radicalized there. Saudi Interior Ministry spokesman Major General Mansour al-Turki told the Associated Press his government has “received no indication Tashfeen Malik was radicalized in Saudi Arabia.” Furthermore, he said Saudi records showed only two visits by Malik, to visit family – once in 2008 for a few weeks, and once in 2013 for four months.

Incidentally, the ABC News report mentions an apparently incorrect but highly credible warning of a major terrorist attack that was supposed to occur in Los Angeles on Sunday.

It also refers back to the controversial interview Syed Farook’s father (also named Syed Farook) gave to an Italian newspaper, in which he described his son as a long-standing enthusiast for the Islamic State and hater of Israel, whose fervor for the caliphate was only soothed by his father confidently assuring him that Israel would be destroyed within two years. The rest of the family, and their representatives at the Council on American-Islamic Relations, are evidently dealing with this report by claiming the elder Syed Farook is nuts – they said he was “not stable,” “not handling this well,” and maybe didn’t even remeber talking to that Italian newspaper.