On the second anniversary of the disappearance of Malaysia Airlines Flight 370, relatives of the missing must face a deadline to file lawsuits against the companies responsible for the commercial jet, and in doing so the reality that their loved ones are most likely dead.

Malaysian Transport Minister Datuk Seri Liow Tiong Lai announced Monday that Tuesday is legally the last day to file any claims related to the missing Boeing 777, which departed Kuala Lumpur en route to Beijing, China on March 8, 2014, never to be heard from again. Twelve families took the opportunity to file the suits, all Chinese citizens, against a number of relevant companies, including Malaysia Airlines, Boeing, and Roll Royce.

Those who did were reportedly “deeply conflicted” in whether to do so. Filing the suit would require coming to peace with the likely death of their relatives with no evidence to definitively confirm they have died. They also feel, one attorney representing the families explained, that a closed case regarding civil lawsuits would leave the companies responsible free to continue putting others’ lives at risk. “They think that after you’ve accepted compensation, the company can deny any further responsibility and wash its hands of the incident, and that the public will naturally forget about the whole thing,” attorney Zhang Qihuai told the South China Morning Post.

Many of those who filed, and some who did not, continue to believe that MH370 landed safely somewhere and their relatives continue living. “I chose to prosecute in order to have my child safely returned to me. I’m convinced that the plane didn’t crash into the Indian Ocean, that it landed somewhere and that my child is safe, living on this earth,” Gao Xianying, who lost her daughter, son-in-law, and grandchild on the flight told the South China Morning Post. Speaking more extensively with the UK Guardian, Gao explained that she did not believe that the plane crashed at all. “My daughter is still alive. The MH370 passengers are still alive,” she says. “I believe it is a conspiracy. It is politics. They are being deliberately hidden for a certain benefit.”

Gao suggests it is a “political game,” but one she does not speculate on. She and her husband have lived in Beijing since the crash to be closer to the Malaysian embassy should any news surface.

Relatives who refuse to accept that their family members have died have continued to routinely protest Malaysia Airlines and the Malaysian government’s investigation of the incident. Dai Shuqin, who lost six members of her family on the flight, notes that the lack of explanation is what keeps them coming back. “They just tell us all the passengers are dead. We don’t accept that,” she says. “If they tell us the truth, or give us a convincing explanation, then we’ll stop protesting.” Dai and what The Australian describes as “at least a dozen Chinese families” had gathered to mourn and protest in a Beijing temple the night before the anniversary. 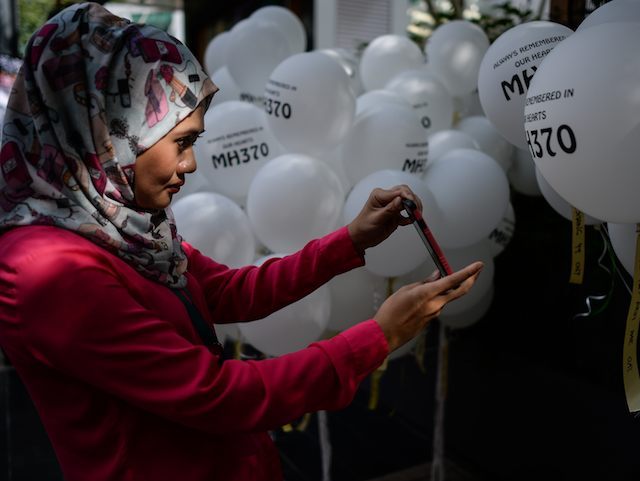 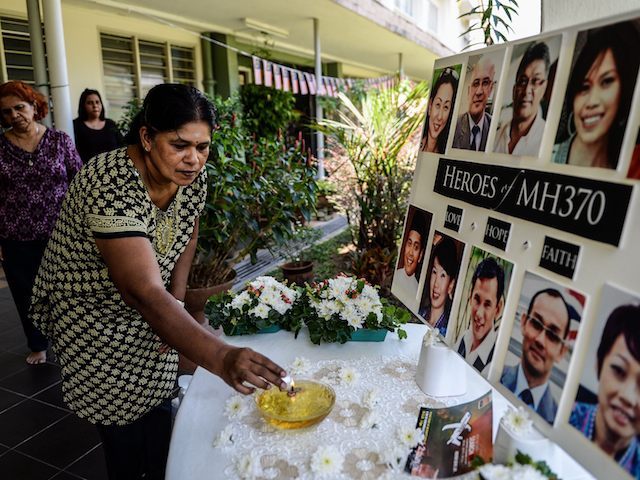 Tension between the Malaysian government and Chinese relatives of those on the flight has been a staple of the MH370 mystery since the day the plane disappeared. Beijing itself stoked these tensions early on in the investigation, often hinting that Malaysian officials had botched the search. Days after the disappearance, a Chinese foreign ministry spokesman issued a statement saying China “urges the Malaysian side to step up their efforts to speed up the investigation and provide accurate information to China in a timely fashion.” In its sternest reprimand, the Chinese government demanded Malaysia “take seriously” the investigation.

Chinese officials were also uncharacteristically lenient regarding protests in the capital city – namely, outside of the Malaysian embassy, where dozens of relatives of the missing repeatedly protested that Malaysia was not doing enough to help them. Crowds holding signs reading “The Malaysian government are murderers” were allowed to peacefully protest multiple times before the embassy.

Most recently, in August 2015, Chinese police were forced to intervene as relatives of the victims attempted to storm into the embassy, protesting that they had been excluded from pivotal government meetings regarding the investigation. The incident occurred following the discovery of the only confirmed bit of debris from the flight: a flaperon belonging to a Boeing 777 that the French government confirmed shared the serial number of MH370. At the time, relatives of the missing decried the flaperon piece as part of a “conspiracy” and “lie” concocted by the Malaysian government.

Today, those relatives face the potential for a similar challenge: the finding of an airplane piece that may have belonged to the flight. The discovery in Mozambique has yet to be confirmed as part of a Boeing 777, much less this particular Boeing 777, but many are hopeful it will shed some light on where to continue the search for the wreckage. The discoverer of the new potential debris, an American lawyer, found the piece after taking on a personal mission to find the plane. “I’ve been very involved in the search for Malaysia 370, just out of personal interest and in a private group — not in a for-profit way or journalistic way,” Blaine Gibson of Seattle told CNN.

Malaysian authorities do not yet have any concrete theories regarding what happened to the commercial jet, two years later. Speculation that the pilot, Zaharie Ahmad Shah, had struggled with his mental health due to ongoing families issues eventually never led investigators to find any evidence of foul play. In a column in the New Straits Times this week, his sister, Sakinab Shah, urges Malaysians to mourn with her rather than place undue blame. “As things stand today, with no tangible evidence to show, NO ONE, be you politician, scientist, aviation expert, plane crash investigator, pilot, retired pilot, media or whoever else… NONE OF YOU have a right to blame Captain Zaharie Ahmad Shah for any wrongdoing,” she writes.