Portugal and Spain will not be fined for breaching deficit rules 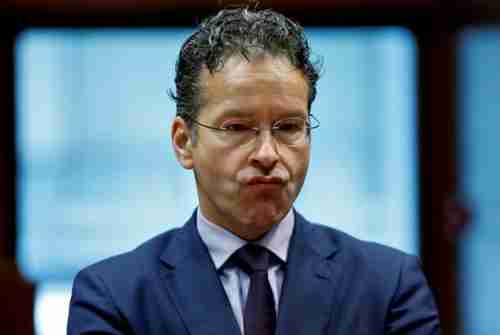 The European Commission, supported by the Eurogroup of individual nations’ finance ministers, has chosen to cancel fines that Spain and Portugal owed for breaching EU fiscal rules requiring that their deficit be lower than 3% of GDP. The budget deficits of both countries are considered excessive under EU rules. Spain and Portugal’s deficits last year hit 5.1 percent and 4.4 percent, respectively.

Markus Ferber, a German member of the European Parliament said “this is not only disappointing, but it destroys the confidence and credibility of our rules — it is a bad day for our common currency.”

Pierre Moscovici, a French politician and currently the European Commissioner for Economic and Financial Affairs, Taxation and Customs, said “This proves that we can be at the same time credible and understanding. It’s not the end of the story. We will have to see what [Spain and Portugal’s] draft budgetary plans are for 2017. So credibility is fully there.”

France is the next country in line for close scrutiny by the European Commission, with budget plans due by October 15. In the past, France has been accused of receiving preferential treatment. Earlier this year, Jean-Claude Jüncker suggested that France should not face punitive action for its inability to meet EU expectations, “because it is France.”

This love-fest for France was criticized by Ferber, who said: “I don’t like Jüncker’s comments on France. The country is performing badly and will have to see the same treatment. Nothing in the rules allows for the differentiation of member states.”

According to one analyst: “This will strike some as a negative in terms of credibility, but the enforcement of the fiscal compact has always been political in nature, and the decision is a pragmatic one. Europe doesn’t need another crisis to deal with right now. Amid the migrant crisis, the terrorist threat, the Brexit vote, and rising populism, it doesn’t need a conflict over fiscal rules as well.”

In fact, this is clearly a case of “kicking the can down the road,” something we saw repeatedly in Greece’s financial crisis which, incidentally, is still far from being resolved. Spain and Portugal are now going to be set new deadlines and required to follow austerity rules that they’ve failed to follow in the past. Reuters and Politico (EU) and Fitch Ratings

Not only did MPS fail, it got by far the lowest score of all 51 European banks tested. The purpose of the “stress tests” is to examine the bank’s liabilities and assets, including bad loans, to determine whether the bank could survive a recession. With $55.2 billion in bad loans, MPS was never going to come close to passing the stress test.

After failing the stress test, ECB rules require MPS to lower its portfolio of bad loans, and selling the bad loans to a third part would only get 20% of face value, and this would require a major bank bailout.

As we described in the previous article, there are two ways that MPS could get a bailout:

On Friday, MPS found another way to get a bailout, while still staying within ECB rules. MPS will be bailed out by other banks, who will lend MPS 5 billion euros.

The banks being named are: Santander, Goldman Sachs, Citi, Credit Suisse, Deutsche Bank and Bank of America. The deal will require MPS to sell off 27 billion euros of the bank’s bad debt, repackaged into securities worth a much smaller amount, 9.2 billion euros.

The bailout plan will give MPS 5 billion euros on which to survive, but this is the third such loan in two years, and MPS has already burned through 8 billion euros from the two previous bailouts.

So, once again, it is been necessary to “kick the can down the road,” until the next episode of the crisis. Reuters and Politico (EU)

We truly live in magical times. Earnings have been falling, but the stock market keeps going up. It’s as if the law of gravity has been repealed. Or perhaps the alchemists have finally found a way to turn lead into gold.

Let’s start, as I often do, with price/earnings ratios, also called stock valuations.

According to Friday’s Wall Street Journal, the S&P 500 Price/Earnings index (stock valuations index) on Friday morning (July 29) was at an astronomically high 25.03. This is far above the historical average of 14, indicating that the stock market bubble is still growing, and could burst at any time. Generational Dynamics predicts that the P/E ratio will fall to the 5-6 range or lower, which is where it was as recently as 1982, resulting in a Dow Jones Industrial Average of 3000 or lower.

The last time I wrote about this, the P/E ratio was a mere 24.23. That astronomically high number has now shot up to 25.03. That’s because stock prices have been staying steady or going up, while earnings have been falling so that the ratio (price/earnings) goes up.

Why are stock prices going up? It is because central banks around the world are “printing money” through quantitative easing (QE) at huge tsunami rates.

According to Deutsche Bank, the European Central Bank (ECB) and Bank of Japan (BOJ) are together buying around $180 billion of assets a month.

It is mind-boggling beyond anything in history. There is never been anything like it. It is a credit bubble of such enormous size that it is impossible to predict the enormity of the disaster that will ensue when it finally implodes — which it certainly will.

Here is a quote from someone on tv described as a “tenured university professor of economics at University of Maryland.” It’s one the stupidest things I’ve ever heard, so I transcribed it:

Companies are learning how to use capital much more effectively. So central banks may have printed a lot of money, they are using money more efficiently, which lowers the price of capital, and essentially raises P/E ratios. We are now trading at about the 25 year average, but the long-term average the moving average over time is trending up. My feeling is that we could be looking at P/E ratios that are stable at 30 or 35 long-term. The average historically is 25, and that’s where we are now.

Since I hear stupid things all the time on financial news channels, let’s pull this apart for educational purposes.

First, the P/E ratio now is around 25, but historically it is around 14, not 25. You’d think a “tenured professor of economics” would have a clue about that.

Next, a P/E ratio is not stable at 25, and will certainly never be stable at 30-35. So let’s explain what’s going on here, and why the tenured professor is so confused.

The P/E ratio is actually the reciprocal of a low-risk investment yield or interest rate. That is, the historical value of the P/E ratio is 14, and its reciprocal is earnings/price, which is historically around 1/14, or around 7%. This value, 7%, seems to be some sort of natural constant, the natural value that investments pay in “normal” times. That’s why, in the decades after World War II, you had investments that paid around 7%, and you had mortgage rates around 7%. Savings accounts paid a little less, because banks had to make money, and government bonds paid a little less, because they were considered as safe as cash.

So now you have a P/E ratio around 25, which corresponds to a 4% investment yield, is far below the “natural” value of 7%, but is possible because bond yields are now close to zero or are negative in many parts of the world. At such low yields, an average investor (without access to the huge floods of government money) is not willing to invest his money. That’s one reason why investments are so low today. Who wants to invest in a shoe factory, if the most you can get is 4%, and you could lose everything if the shoe factory fails?

So the tenured university economics professor says that he thinks the P/E ratio will stabilize around 30-35, pushing the investment yield down to 3%. That would only happen if much more of the world’s government bonds go to negative interest rates, and that can’t continue forever, meaning that a 30-35 P/E ratio is far from stable.

So this really is truly a magical, marvelous time to be alive. Enjoy it while it lasts, Dear Reader. Reuters and MarketWatch