Italy announces bank bailout that will ‘bail in’ ordinary depositors 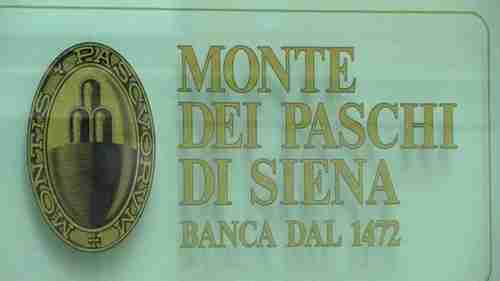 Italy’s parliament on Wednesday overwhelmingly approved a €20 billion bailout package for the country’s banks, particularly the famous Banco Monte dei Paschi di Siena (MPS), founded in 1472, and the world’s oldest operating bank, which is close to collapse because it has $55.2 billion of bad loans on its book.

MPS has been trying various desperate measures to bail itself out by borrowing money from international investors, including the Qatar Investment Authority, but those attempts have failed. MPS said on Wednesday that it would run out of money within four months. Last week, MPS said that it had enough money to last 11 months.

It is not clear how much of the €20 billion bailout that MPS will get, since the money is intended as a bailout fund for all of Italy’s banks. Italy’s banks hold a total of about $383 billion in non-performing loans, which is about one-third of the total for the entire eurozone. So the bailout amount is nowhere near enough to save Italy’s banking system.

The new law authorizing a bailout would seem like a good idea, but it actually has the potential to be politically disastrous. This has to do with new rules that the European Central Bank (ECB) introduced in the last year, saying that if a country’s government bailed out a bank, then the investors (e.g., holders of the banks stocks and bonds) would have to be “bailed in” — meaning that they would “take a haircut” and lose a percentage of their investments.

Usually, anyone who invested in the stocks and bonds issued by a bank would have to be considered a “sophisticated investor.” But Italy’s banks are unique in that thousands of ordinary people, including many elderly savers, who wanted to deposit their money in savings accounts instead were sold bank bonds by the bank’s staff. The result is that a “bail-in” of supposedly sophisticated investors will actually cause tens of thousands of people to lose their life savings.

It’s thought the bailout of MPS will occur next week, before the end of 2016, and then we should have an idea of how many depositors are going to lost money. Some Italian politicians are claiming that they’ll find a way to protect ordinary people’s savings accounts, but whether that’s even possible under ECB rules remains to be seen. Deutsche Welle and Guardian (London) and International Business Times

European officials refuse to unblock the next bailout loan to Greece

On December 5, Greece’s creditors reached an agreement to a new bailout loan. However, once the agreement was reached, Greece’s prime minister Alexis Tsipras suddenly announced new social spending — a one-time pre-Christmas bonus to poor pensioners, and a reduction in taxes for Greece’s Aegean Sea islands whose tourist industry had suffered because of the refugee crisis.

This caused European officials to block the new bailout loan, and on Wednesday the Euro Working Group (EWB) announced that it had not been able to reach agreement to unblock the bailout. The countries that wanted to block further aid included Austria, the Netherlands, Slovakia, Slovenia, Finland and Germany. Greek Reporter and Kathimerini