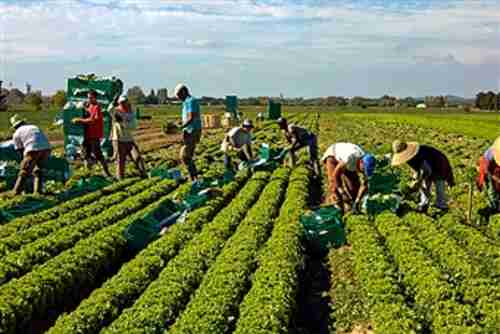 In 2005, European leaders were stunned when France overwhelmingly rejected the proposal to ratify a new EU constitution.

Those who campaigned against ratification in the French referendum used the code words “Preserving national identity” to disparage east European countries. During the campaign, the low-paid Polish plumber who steals a job away from a well-paid Frenchman became the symbol of the opponents.

France and Poland have continued to have an uncomfortable relationship since then, and France’s new president Emmanuel Macron has inflamed the relationship by accusing Poland and other countries of “social dumping.” Speaking during a visit to Romania, Macron said:

Some political or business circles seek to use the EU’s funds while at the same time developing a system of social and fiscal dumping. [Failure to reform] will lead to the dismantling of the European Union. Part of Britain’s Brexit vote was down to the poor functioning of the single market on posted worker rules, and the rules we have on social rights.

The single European market and the free movement of workers is not meant to create a race to the bottom in terms of social regulations.

I think that Europe should protect [its citizens], and in that way, the European integration project should get a new meaning. Ultimately our citizens want to free themselves from the pressures of globalization.

A Europe that protects is also in the position to solve the problem of posted workers. The posted workers directive, as it currently works, is a betrayal of the European spirit … This only fuels populism in our countries.

The reference to “posted workers” is to a law that allows a company in a low-paying EU country (Poland) to send a worker to a high-paying EU country (France) without having to meet local labor regulations, including union-negotiated salaries and benefits.

We are not going to change our stance. We will defend our position to the very end, because it is a position that is in the interests of Polish workers.

France 24 and Reuters and Express (London)

It is good to remember every now and then that while the most inflammatory aspect of Britain’s migration issue is Muslim migrants from Syria or Africa, the actual target of those who favored Brexit was the Christian migrants from Poland and other low-paying eastern European countries.

New figures from Britain’s Office of National Statistics reveal that net migration (subtracting the number who leave from the number who arrive) has fallen sharply since the Brexit, down 81,000 to 246,000 in the 12 months ending in March.

There was a particularly sharp rise (17,000) of citizens of the so-called EU8 or A8 countries. These are countries that joined the EU during its enlargement in 2004 and include Czech Republic, Estonia, Hungary, Latvia, Lithuania, Poland, Slovakia and Slovenia.

However, the Brexit vote may not fully explain the fall in net migration. Since the Brexit referendum, the value of the pound sterling currency has fallen sharply. Last June, the pound bought almost 6 Polish zlotys. Today, it buys only 4.6 zlotys. It may be that east Europeans are leaving Britain because it no longer makes economic sense.

The food industry is expressing alarm over the outflow of EU workers. A survey of food industry businesses found that 31 percent were already losing EU workers, and 36 percent said they would become unviable if the trend continued. The survey was of businesses in the “farm-to-fork” supply chain, including the agricultural, food, drink and manufacturing sectors. BBC and BBC