After years of advocacy groups raising awareness, the plight of the Christians of the Middle East, particularly in the former Islamic State territories, has become common knowledge among American Christians. Yet they are far from the only group that will celebrate Easter this year in defiance of state persecution, mob violence, and repressive cultural norms imposed by groups threatened by the spread of the Christian faith.

Below, six countries where Christians struggle to practice their faith freely against systematic institutional and cultural pressure. 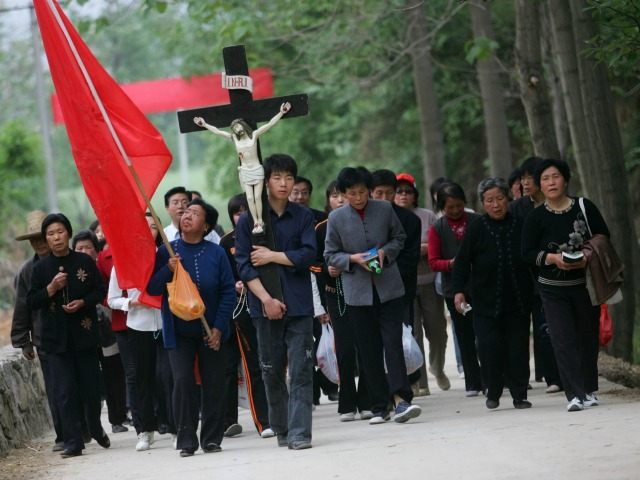 China has experienced a Christian population boom so great that some estimates suggest it could become home to the world’s largest Christian population in decades. The total number of Christians in China today could exceed 100 million, more than the total number of members of the Chinese Communist Party. There is no concrete count of the number of Christians in the country largely because of state repression – while legal Christian churches exist, they are tightly regulated by the communist regime of leader Xi Jinping and, thus, unpopular.

Late last year, the Chinese Communist Party began forcing rural Christians to replace crosses in their homes with photos of Xi Jinping. Demolitions of churches and arrests of dissident Christians, particularly any involved in human rights activism, are common. In one of the most recent incidents documented, the advocacy group China Aid reported that local authorities in Henan began “going door-to-door, forbidding all meetings of Christian citizens and disbanding house church groups.” 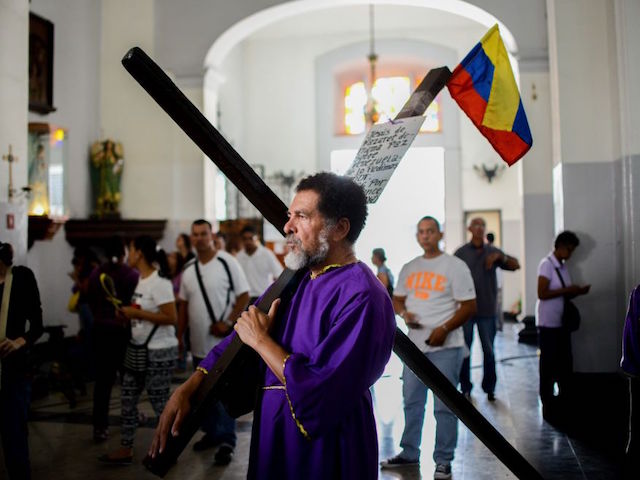 Venezuela is a predominantly Catholic nation whose socialist leaders claim to be devotees of the faith, so it represents a bit of a blind spot for advocates for persecuted Christians. Its presence on this list, however, is largely a product of the fact that the government claims a stranglehold on interpreting Christianity that has led to violence and intimidation against Catholic clergy in the South American country.

Dictator Nicolás Maduro and his subordinates have struggled for years to submit the Christian faith to their whims – publishing socialist Christmas carols, identifying their policies with the Gospels, and proclaiming that “Christ is Chavista.”

Yet Christians in Venezuela who oppose the regime are not free to practice. The Catholic leadership of the country has vocally called for Maduro to step down and return the nation to democratic republican rule. In response, chavista gangs have attacked churches, threatened priests, forced Mass attendees to listen to socialist rants instead of their weekly sermon, and left many churches looted and desecrated.

Socialist mismanagement of the economy has also affected worship nationwide. Thanks to a bread shortage fueled by outsized inflation and price controls, many of Venezuela’s churches will not have Eucharist wafers to share with congregants this Easter. 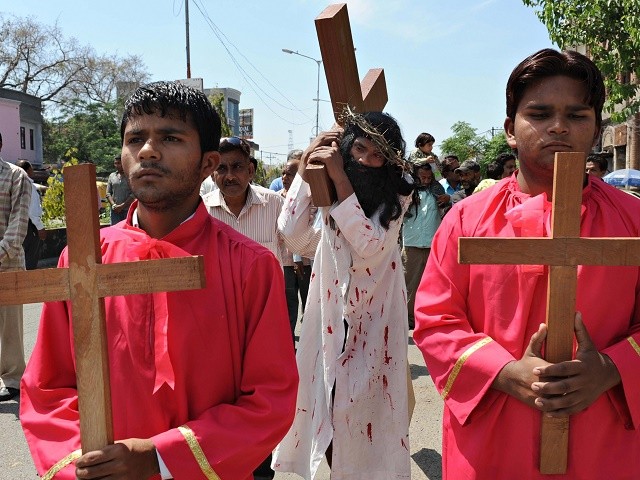 In India, the repression faced by many Christians is not at the hands of the government, but at the hands of violent Hindu nationalist mobs. According to Open Doors, an organization that tracks the persecution of the Christian faithful worldwide, the permissive attitude of a Hindu nationalist government has allowed for the exacerbation of violence against these communities, some of the oldest Christian congregations on earth.

In one incident this year, a mob tortured and hanged a Christian pastor after six months of loudly disturbing Sunday services. Local police ruled the death a suicide, triggering thousands to protest for justice. Local protestors said police were afraid to prosecute individuals believed to be involved in the death because “if the four [suspects] are arrested, 10,000 will come out on the streets and there will be communal violence.”

In another incident last year, a woman who married a Christian was kidnapped and tortured by members of a “yoga center” repeatedly accused of threatening women out of conversions out of Hinduism.

In 2016, a mob estimated to contain 60 Hindu nationalists beat two Christian pastors and others at their church with cricket bats and forced them into a police station to file charges against the Christians for allegedly proselytizing. Radicals often cite local laws against proselytizing or converting to another religion to influence police into arresting Christians.

A major escalation in the number of such incidents occurred in 2016; according to outside observers, 30 violent episodes against Christians occurred in January and February 2016 alone. 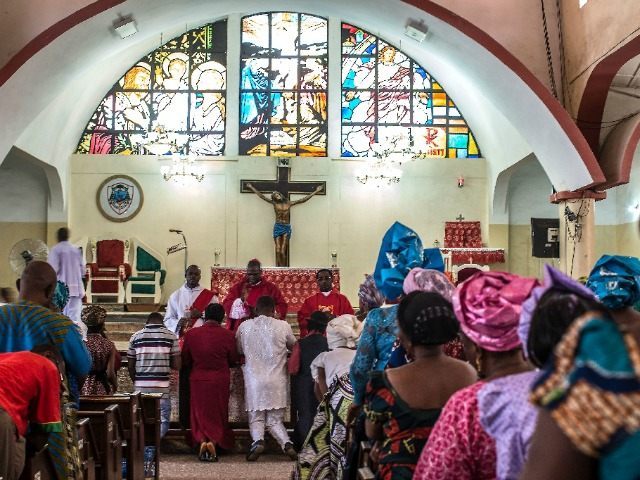 Nigeria’s population is 40 percent Christian, with many practicing freely in the nation’s south. In the north, however, Christians face severe persecution from jihadist groups like Boko Haram and violence by the majority-Muslim Fulani herdsmen against Christian farmers. The herdsmen are believed to be conducting raids targeting Christians and have killed an estimated thousands of civilians.

Boko Haram makes its home in Borno state, the furthest northeast territory in the country, where they routinely attack Christian villages and abduct Christian girls and women by the hundreds.

Boko Haram typically abduct Christian girls and women and force them to convert to Islam, “marry” their jihadist members, and serve as sex slaves and cooks. Some younger girls are used as suicide bombers, as they are considered less of a threat by civilian merchants and clergy who control the main targets of Boko Haram attacks.

Most recently, Boko Haram abducted over one hundred girls from a school in Dapchi, Yobe state, bordering Borno to the west. They returned all girls to their parents except for one – Leah Sharibu, who refused to denounce her Christian faith. 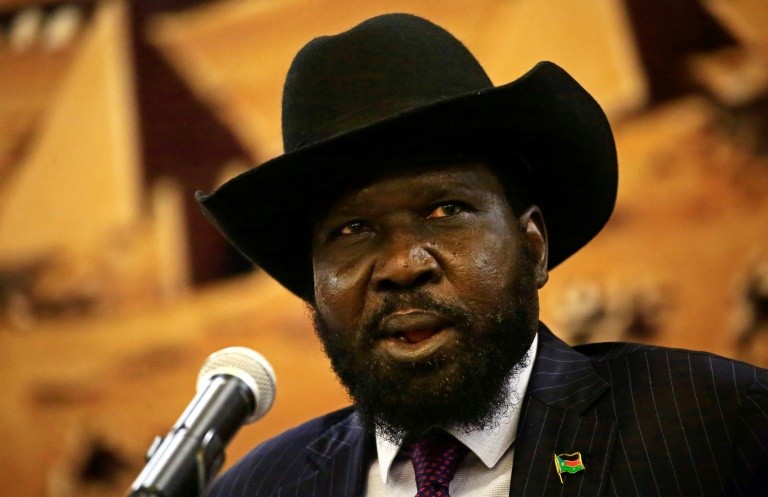 Sudan, a nation run by Muslim tyrant wanted for genocide, is one of the most repressive states in the world, a Muslim-majority tyranny where Christians face destruction of property and arbitrary arrest if they are too visible. Open Doors ranks Sudanese Christians in the top five most persecuted Christian nationalities in the world.

Christians face legal repercussions for converting from Islam, opposing the destruction of their churches, and attempting any journalism about Christian populations there. According to Open Doors, “some Christians are arrested on charges of espionage, and many churches have been demolished, with others on an official list awaiting demolition.”

Apostacy, or the abandonment of Islam, is a crime in Sudan, and many Christians can be persecuted for this crime even if they were never Muslim. The most prominent such case was that of Meriam Yahya Ibrahim, arrested for “apostasy” while pregnant and forced to give birth in prison because her father, who she never knew, was Muslim and she had married a Christian man. Despite being raised as a lifelong Christian, Ibrahim was arrested for leaving Islam, released only after intense international pressure from human rights groups. 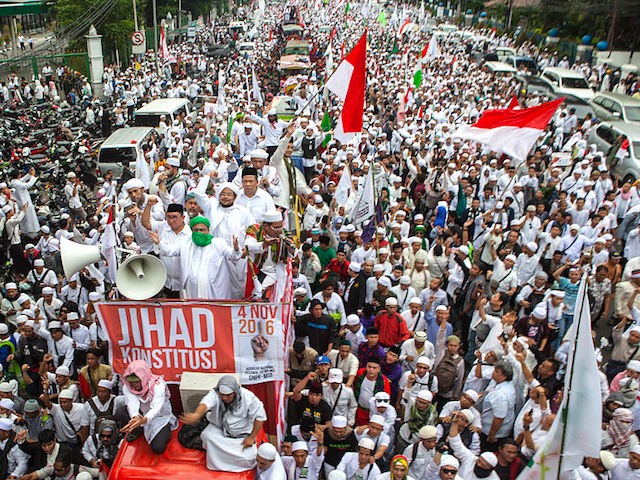 Indonesian Christians are under growing public scrutiny. While Christians have long coexisted in the world’s most populous Islamic country, they have increasingly fallen victim to radical Islamic mobs. A report in March found that Christians accused of violations of Sharia, the law of Islam, are agreeing in larger numbers to accept Sharia punishments, like public caning, in order to avoid an expensive legal procedure against them. Sharia bans “crimes” such as eating haram food and “blasphemy,” which Christians can easily fall victim to accusations of.

The government in Indonesia, concerned about potential violence, is often responsive to radical demands from Islamic groups, such as growing calls for a ban on selling alcohol, bans on public Christmas decorations, and prosecuting those accused of blasphemy. In one high-profile case, the former governor of Jakarta, an ethnic Chinese Christian, was convicted of blasphemy for warning against radical clerics who use the Quran to manipulate voters.