Reports began surfacing late Thursday and Friday from North Korea’s Punggye-ri Nuclear Test Site, where the government invited reporters to witness the destruction of buildings outside the facility’s three tunnels and what Pyongyang claimed was the total destruction of the tunnels used for weapons testing themselves.

North Korea invited an estimated 30 journalists from China, the United States, South Korea, the United Kingdom, and Russia to visit the site, which required a long train ride and hours of hiking towards Mount Mantap, which the North Koreans largely hollowed out to create the tunnels of the facility.

Videos from the ceremonial detonation show the total destruction of the buildings outside of the facility. According to CNN and Xinhua reports, the reporters were allowed to walk outside of the three functioning tunnels and look in, where most have said they saw what appeared to be explosives lining the walls. Then they were moved to an observation deck constructed for this event, where they could watch the explosions occur. Chosun Ilbo, a right-leaning South Korean newspaper, published the following video of the event:

According to the website 38 North, which monitors and tracks North Korean nuclear activity, Punggye-ri consists of four tunnel systems – one of which, the East Portal, has not been used since 2006 after a nuclear test contaminated the tunnel and made it dangerous for people to enter it. North Korean officials claimed on Thursday to have blown up the other three. The North Portal was home to the remaining six nuclear tests in the nation’s history; the other two were reportedly unused.

Xinhua, the Chinese government news outlet, states that North Korean officials told reporters the West Portal (Tunnel No. 4) was capable of “super” tests before the explosions this week. It is not clear what officials meant by this.

Nor is it clear if the tunnels were actually destroyed. North Korea banned anyone with professional expertise on nuclear weapons development from visiting the site, so none of the reporters had the necessary background knowledge to judge whether these explosions had permanently closed the site. According to CNN’s Will Ripley, the North Koreans also banned Geiger counters at the site or any device that could measure radiation, while assuring the reporters that the site was not contaminated.

Ripley’s report from on the ground Thursday also noted the North Koreans made the journalists sit for a briefing with a man identified as the deputy director of the North Korean Nuclear Weapons Research Institute, but they refused to give the reporters his name. The man does appear on camera explaining the layout of Punggye-ri.

“It has been confirmed that there were neither leakage of radioactive materials nor any adverse impact on the surrounding ecological environment,” North Korea’s Nuclear Weapons Institute said in a statement following the demolition.

North Korea’s state media insisted in a report confirming the destruction of the facility Friday that “the tunnels and all kinds of equipment, information communications and power systems and construction and operation equipment … were dismantled and withdrawn.”

“The dismantlement of the nuclear test ground is a vivid manifestation of the DPRK government’s fixed peace-loving stand to join in the international aspiration and efforts for total halt to the nuclear test and make positive contribution to building a nuclear free world,” the state-run Korean Central News Agency (KCNA) said in a statement following the explosions.

Xinhua published some images of the tunnels after the destruction, which appear to show the tunnels buried in rubble. 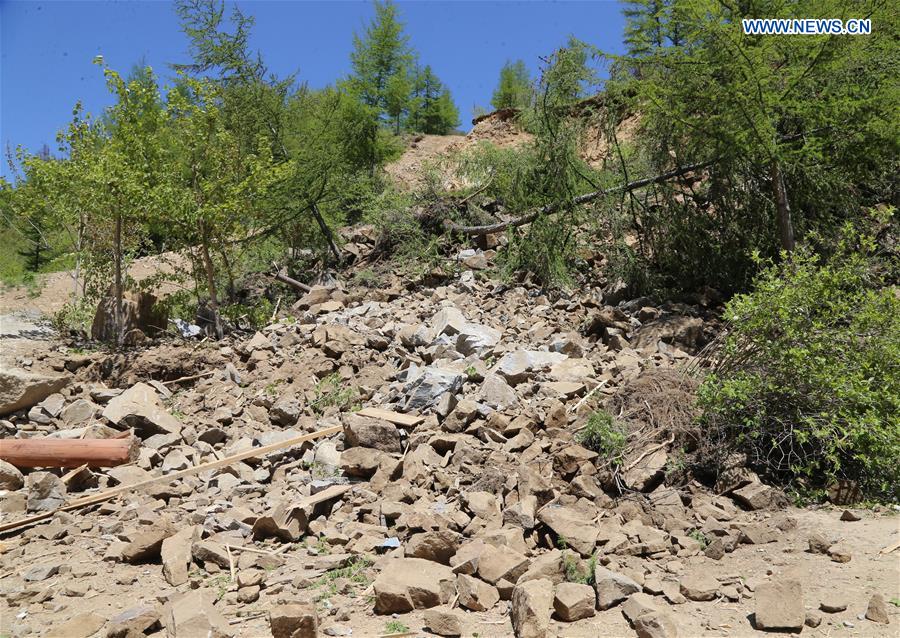 While North Korea has insisted the destruction of the site is a sign that it is earnestly seeking to make denuclearization of the Korean peninsula possible, reports from the journalists there are quick to specify the government only “appeared” to destroy the site, and it was impossible for them to confirm that Punggye-ri is no longer usable because they are not nuclear weapons experts. Nuclear weapons experts left behind, meanwhile, have expressed outrage that North Korea would blow up the site, destroying key evidence on how far along they had gotten in their ambition to buid a nuclear weapon. If they restart the nuclear weapons program again, the outside world will have no way of identifying how far along they are in the process of building a stable arsenal of nuclear weapons without the context of where they left off last time.

Others still protested that whether or not the test site was destroyed on Thursday does not matter, because there is evidence the site may not be functioning, anyway. In October, following North Korea’s sixth nuclear test, a Japanese news outlet reported that inside sources confirmed the collapse of a tunnel at Punggye-ri, killing 200 workers at the site. Multiple studies made after that report was released indicate that any further testing could cause Mount Mantap to implode, sending a plume of radioactive decay flying into the air and likely towards China.