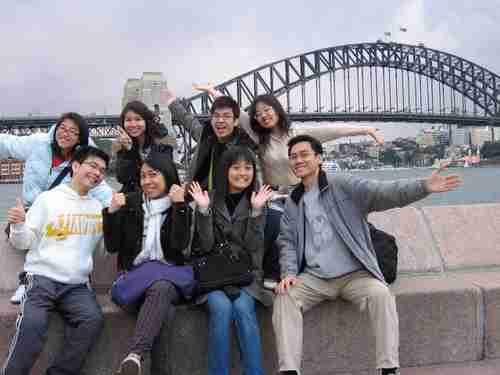 The laws respond to allegations that foreign countries are trying access classified information about Australia’s global alliances and military, as well as economic and energy systems.

This sends a strong message to those who would seek to undermine our way of life that Australia is acutely aware of activities against our national security and will continue to take the steps necessary to thwart their activities.

The laws do not mention China, but it is clear that China and Chinese agents are the targets of the laws.

Lawmakers who opposed the laws said that they would criminalize free speech and non-violent protest, and would allow prosecution of journalists for simply possessing classified information, though some amendments were added to the original bill to answer these concerns.

Relations between Australia and China have been in crisis for over a month, after an Australian MP, Andrew Hastie, delivered a speech to parliament accusing a prominent wealthy Australian politician, Dr. Chau Chak-wing, of being linked to the Chinese Communist Party (CCP) and of bribing a United Nations official to obtain UN backing for a number of multi-billion dollar Chinese infrastructure projects. According to Hastie, Chau Chak-wing was a prominent member of Beijing’s “United Front Work Department” (UFWD), which is an international Chinese coercive propaganda organization described by Chinese leaders as “Magic Weapons.” Sydney Morning Herald and Special Broadcasting Service (Australia) and BBC

Huawei is the world’s third-largest smartphone maker, behind only Apple and Samsung. It is also the world’s largest supplier of wireless and telecommunications networking equipment. It was founded in 1987 by Ren Zhengfei, a former People’s Liberation Army (PLA) engineer, and is suspected of developing projects that the PLA could use for identity theft worldwide, and take control of wireless networks worldwide from China.

As I have described previously, in the past I spent several years developing embedded software in C for microprocessors, and so I know personally that the capabilities described above can be implemented and, in fact, can be implemented easily. Furthermore, if the code is written so that the secret functions are only invoked when the device receives a secret 1024-bit code, then it is impossible to detect the functions through testing. And in view of China’s illegal actions in the South China Sea and elsewhere, we have to assume that if it can be done easily, then it will have been done.

At the same time, a new report finds that Huawei is the biggest corporate sponsor of overseas travel for Australian politicians.

Solomon Islands dropped plans for a billion-dollar internet cable connecting Australia with the Solomon Islands after Australia this month promised hundreds of millions of dollars to ensure Huawei did not build the cable, because of security risks. News.com (Australia) and Reuters

Australia has a long history of antipathy towards Chinese in Australia since European settlement, starting with race riots amid the gold rush of the 1850s and ’60s. With hundreds of Chinese prospectors injured and evicted from mining sites, the unrest prompted immigration rules that led to the infamous “White Australia” policy, which existed in various forms from 1901 until 1973.

Chinese activists have increasingly been saying that anti-Chinese racism is rising again and that it is the cause of anxiety about Chinese influence in Australia, New Zealand, Canada, the United States, Europe, and other countries.

However, there are plenty of reasons for anxiety about China’s intention that have absolutely nothing to do with racism. China is conducting well-publicized illegal activities in the South China Sea, building a massive military force with the intention of taking control of the whole region. China is also making military threats against India, Japan, and other countries where the government wish to confiscate a portion of the regions they govern.

Equally troubling is China’s “United Front Work Department” (UFWD), an international Chinese coercive propaganda organization described by Chinese leaders as “Magic Weapons.” The UFWD is in contact with over a million Chinese expats in countries around the world and uses a variety of techniques to coerce them to influence local politicians and media to support China’s policies in a variety of areas, including Taiwan policy, criminality in the South China Sea, One Belt One Road, the Dalai Lama, and so forth.

There are 150,000 Chinese students in Australia, and there have been numerous incidents where Chinese students complained to school officials that lectures or course materials made them “feel uncomfortable” because they did not “show respect” for China. They have complained about materials that describe Taiwan as a country and about a map that shows Indian territory claimed by China as Indian territory. These complaints were accompanied by demands that the materials be changed.

Now imagine any Western country trying the same thing. Imagine an agency in the Trump administration telling American students in universities overseas to complain when the university lectures and course materials contradict American policy as defined by the Trump administration. The international outrage would be enormous, and none of the American student expats would do as they had been told, anyway.

By Western standards, what China is doing appears to be almost like mind control. It is amazing that an agency like the UFWD exists, and it is amazing that Chinese students around the world do as they are told – although the latter could be explained by the fact that China can threaten punishment for any student that disobeys orders.

America does have an agency that sends people to countries around the world: the Peace Corps: “The Peace Corps is a service opportunity for motivated changemakers to immerse themselves in a community abroad, working side by side with local leaders to tackle the most pressing challenges of our generation.”

So if people in Australia, Canada, the U.S., or any other country is anxious about the Chinese, the Chinese have only themselves to blame, and it has nothing to do with racism.

China’s policies could have serious consequences for Chinese expats. In World War II, the American government interned Japanese-American citizens but not German-American citizens. There are probably a lot of reasons for that, not the least of which is that there were too many German-Americans to even think about interning. But the main thing is that there was a great deal of mutual American-Japanese xenophobia prior to the war, and that turned into internment during the war. China’s coercive propaganda policies applied to Chinese expats to the point of apparent mind control could, in some future circumstances, lead to the internment of Chinese expats in Australia, Canada or the United States. So the Chinese policies may be “Magic Weapons,” but they could have severe consequences for the Chinese themselves. BBC and The Diplomat and Australian Broadcasting and Peace Corps and Australia-China Student Association