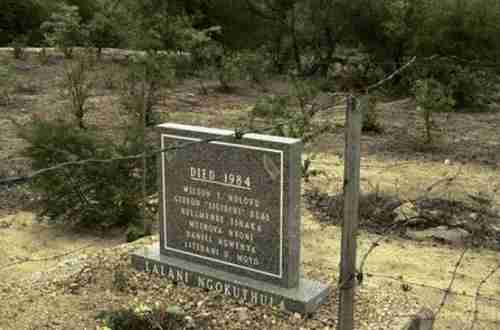 For years, it was forbidden in Zimbabwe to talk about the Operation Gukurahundi genocide of the 1980s and, if you did, then you risked being arrested, beaten, and tortured by the security forces of president Robert Mugabe, head of the Zanu-PF party, dominated by Mugabe’s tribe, the Shona.

But last year, Mugabe was ousted and replaced by Emmerson Dambudzo Mnangagwa, another Zanu-PF Shona, the man whom Mugabe had fired as vice-president just weeks earlier. After becoming the new president, Mnangagwa said, “The people have spoken. The voice of the people is the voice of God. Today we are witnessing the beginning of a new and unfolding democracy.”

On Monday, there is a new presidential election, with 75-year-old Mnangagwa facing as a principal challenger Nelson Chamisa, head of the main opposition party Movement for Democratic Change (MDC), representing the interests of the Ndebele tribe, historic tribal enemies of the Shona. Mnangagwa and Zanu-PF are expected to win, either by popularity or election-rigging, depending on whom you ask.

If Chamisa does better than expected, it may be because Mnangagwa was a major architect of Operation Gukurahundi, the bloody genocide of tens of thousands in the Ndebele tribe conducted by the Shona tribe in the 1980s.

Operation Gukurahundi was mostly based on the historical enmity of two tribes – Mugabe’s Shona tribe and his enemies, the Ndebele tribe. Genocidal warfare occurred between these two tribes in previous generational crisis wars: the Mfecane war that climaxed in 1828, the Matabele Wars that climaxed in 1897, and the Rhodesia civil war, climaxing in 1979. It was the last war that gave Zimbabwe independence, making Mugabe the president.

Mnangagwa received military training in China in the early 1960s as a teenager. As Mugabe’s right-hand man, Mnangagwa is widely blamed for leading the genocide against the Ndebele tribe. “Operation Gukurahundi” (The rain that washes away the chaff before the spring rain) was accomplished with the help of the army’s 5th Brigade of 3,000 élite Shona troops, trained by North Korea. Tens of thousands from the Ndebele tribe were tortured and slaughtered, under orders from Mugabe and Mnangagwa. Some families were pushed into huts that were set on fire and they either burned to death or were shot dead when they tried to escape.

Mnangagwa has refused to apologize for his part in Operation Gukurahundi. According to one opposition politician, “What we need from Mnangagwa is an admission of what happened, an apology and communal reparations for the victims of that time.”

Both Mugabe and Mnangagwa for decades worked together on Mugabe’s “indigenization” program, which threw out farm and business owners who knew how to run a farm or a business, and replaced them with thugs and cronies from Mugabe’s and Mnangagwa’s Shona tribe who did not know how to run a farm or business. Over three decades, Mugabe and Mnangagwa turned Rhodesia, which was a wealthy country and the breadbasket of southern Africa, into today’s Zimbabwe, which is an economic basket case. They turned Zimbabwe’s stable currency into a worthless hyperinflated currency, with an inflation rate reaching over 231 million percent, so that the only trustworthy currency in Zimbabwe today in the American dollar.

Because of the economic self-destruction, investors have abandoned Zimbabwe. With all of his talk of a “new Zimbabwe,” Mnangagwa’s principal objective is to get international money to flow into Zimbabwe for him to spend. Guardian (London) and Newsday (Zimbabwe) and AP and Reuters and Bulawayo News (Zimbabwe)

In a bizarre twist on Sunday, ousted president Robert Mugabe unexpectedly gave a speech saying that he could not support the man who had ousted him, Emmerson Mnangagwa. He did not say whom he would vote for but expressed some support for the main opposition leader, Nelson Chamisa, the leader of Movement for Democratic Change (MDC).

“I cannot vote for those who tormented me,” said Mugabe.

It is hard to believe the enormous irony of that statement. Mugabe is a war criminal and has tormented, tortured, jailed, and slaughtered his tribal and political opponents for decades, and now he is whining because he no longer has sufficiently palatial living quarters. However, this is the kind of self-serving attitude we expect of all politicians at all times in all countries.

Mnangagwa responded with an equally self-serving statement, implying that a vote for the opposition would indicate evil intentions: “It is clear to all that Chamisa has forged a deal with Mugabe, we can no longer believe that his intentions are to transform Zimbabwe and rebuild our nation.” BBC and Reuters and The Citizen (South Africa)