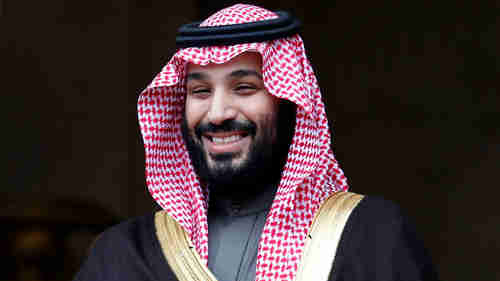 Saudi officials appear to be in a state of shock over the harsh international reaction to the disappearance of Jamal Khashoggi almost two weeks ago.

Khashoggi was once a close adviser to the Saudi government but has become persona non grata since criticizing the human rights record of Saudi Crown Prince Mohammed bin Salman (MBS) and his pursuit of the Yemen war, which has been a major humanitarian disaster. The excommunication was complete when Khashoggi exiled himself to the United States and began publishing his criticisms of MBS as a Washington Post reporter. Recently, he needed Saudi government papers in order to marry his fiancé, a Turkish citizen, Hatice (Khadija) Cengiz. He made two visits to the Saudi consulate in Istanbul, Turkey, and he completely disappeared during the second visit on October 2.

Turkey’s government has officially taken the position that it is still investigating, but numerous leaks to the Turkish media indicate a belief that Khashoggi was killed inside the consulate, and that his body was dismembered, packed up in suitcases, and taken back to Saudi Arabia in private Saudi planes. It is also believed that MBS ordered the killing and Turkism media are claiming that officials have audio recordings of Khashoggi being interrogated and killed in the embassy.

Many people are shocked by the apparent brutality of the alleged murder, but it seems that the biggest shock of all is that international outrage is continuing and may be growing. MBS has been ruthless in committing human rights abuses, arresting and imprisoning hundreds of people without trials. There have been numerous complaints that he decreed that women would be permitted to drive, but then he ordered the arrest of some of the women who did drive. And, of course, he has pursued the Yemen war mercilessly. He has done all this with impunity and little uproar. What is surprising is the uproar in this case.

There have been international public demands for the Saudis to explain what happened and there have been threats from the White House and from officials in Britain, France, and Germany, including threats of sanctions by Donald Trump. Saudi Arabia has angrily denied the accusations, and threatened sanctions in return – presumably to use oil as a weapon. AP and CNN and Reuters and Al Jazeera (Qatar)

What has becoming increasingly clear is that despite all the international uproar, nobody has the stomach for an all-out war — not a military war, not a financial war, and not a sanctions war. The U.S. and the Europeans have demanded explanations and investigations, but have not made any explicit threats.

There is a recent historical event that provides an analogy to the diplomatic pattern that is emerging.

On March 26, 2010, the North Koreans launched a torpedo at the South Korean warship Cheonan, causing an explosion that killed 46 people. Everyone knew immediately that the explosion was caused by a North Korean torpedo, almost certainly ordered by Kim Jong-il, the father of the current child dictator, but South Korean President Lee Myung-bak refused to say so. Instead, Lee continued to call for more and more investigations.

The reason was simple. If Lee had formally accused North Korea of sinking a South Korean warship, then South Korea would have been forced to retaliate militarily, or even declare war. Lee did not want to have to declare war.

The disappearance of Jamal Khashoggi today has created a similar situation, where nobody wants to let the Saudis completely off the hook, but nobody wants a full-on financial or sanctions war.

The exact details of the U.S.-Saudi relationship have had to change from time to time, based on international events such as Iran’s revolution, Iraq’s invasion of Kuwait, the Iraq war, the Soviet invasion of Afghanistan, Obama’s nuclear deal with Iran, Syria’s civil war, the rise of ISIS. The 1973 oil embargo, which came out of Israel’s war with Egypt, cemented the U.S.-Saudi relationship.

Today, Saudi Arabia plays a crucial role in U.S. and Western strategy. Saudi Arabia is important for Trump’s strategy with Iran and in Trump’s peace plan proposal for Israel and the Palestinians.

The core has always remained the same: The Saudis will guarantee oil, the Americans will guarantee security. The Khashoggi disappearance is just one more event that threatens the U.S.-Saudi accords that have been in place since the 1930s, but all signs are that the parties will find a way to keep the Khashoggi crisis under control. Daily Sabah (Ankara) and BBC and Al Arabiya (Riyadh) and Reuters and Washington Examiner