“I distance myself from this decidedly and stand in solidarity with the women who were attacked,” she said. “U.S.’s strength lies exactly in the fact that people of very different nationalities contribute to the strength of the American people.”

Hours later, Grenell hit back at Merkel, writing on Twitter: “Why isn’t the anti-Semitism from “the squad” being condemned? @aoc’s claim that there are “concentration camps” on the US border is absurd.”

Why isn’t the anti-Semitism from “the squad” being condemned? @aoc’s claim that there are “concentration camps” on the US border is absurd. https://t.co/oXVg8TS2dl

President Trump mentioned Merkel during his Wednesday evening rally in Greenville, North Carolina, alluding to having to ask the German leader to boost her country’s military spending to help fund NATO.

“There was a recent poll — Germany likes Obama better than Trump. A lot better. I said of course, because I’m making them pay their bills,” the president told his supporters. “I’m saying you got to pay. I say, ‘Angela, Angela, you’ve got to pay, Angela!’ Obama would go in, make a speech, leave. I go in, make a speech, I say, ‘Let me speak to Angela. Angela you’ve got to pay your bills, you’ve way behind.’”

Grenell, one of the Trump administration’s most visible ambassadors, has a strong track record of standing up for Israel and speaking out against antisemitism. Speaking to the Jewish News Syndicate in May, Grenell called hatred of the Jewish people a “human problem” that musted be rooted out. [We have to confront that, and I’m not satisfied with seeing an anti-Semitic act, and just issuing a statement after the fact and condemning it,” he said. “Yes, it’s important. It should be widely and loudly condemned, but we have to do more to get to the root of the problem which, again, is a human problem across the board. ”

Grenell also recently helped lead the first-ever U.S. government delegation to the annual March of the Living between the concentration camps of Auschwitz and Birkenau. 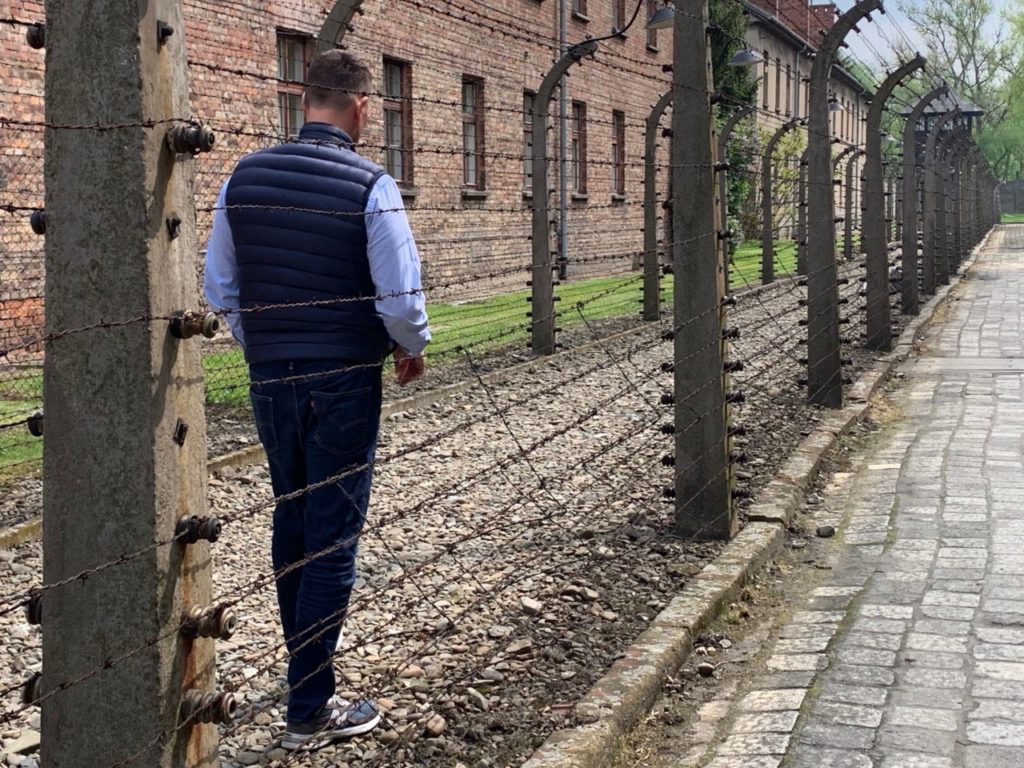