Taliban fighters on Wednesday gleefully paraded outside the city of Kandahar with captured American vehicles and weapons abandoned by President Joe Biden during his chaotic withdrawal from Afghanistan, the Agence France-Press (AFP) reported, confirming the authenticity of images of the display.

VIDEO: The Taliban showcase some of the military hardware they captured during their takeover of #Afghanistan outside #Kandahar — the spiritual birthplace of the militant movement — after the final US troops left the country pic.twitter.com/pKTZBYDl6x

CNN, appearing to verify the authenticity of the footage circulating on social media, observed that “many of the vehicles appeared in near-perfect condition,” to the dismay of Biden apologists frantically claiming the equipment he left behind was disabled, poorly maintained, or too complex for the Taliban to use.

Elsewhere in Kandahar, at a cricket ground, “white-bearded Taliban leaders waited in the shade in the players’ dugout, reclining on armchairs behind wooden coffee tables as they waited for the parade to start. Others sat crossed-legged on the grass, while hundreds more gathered in the terrace stand to watch,” the UK Guardian reported. 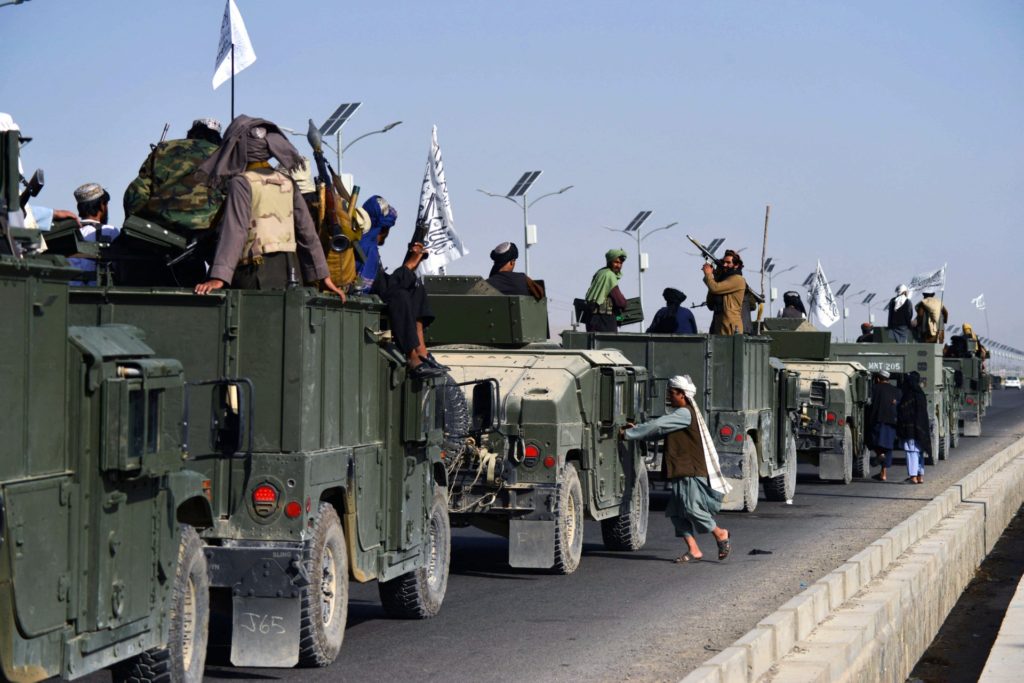 Taliban fighters atop Humvee vehicles prepare before parading along a road to celebrate after the U.S. pulled all its troops out of Afghanistan, in Kandahar on September 1, 2021 following the Talibans military takeover of the country. (PJAVED TANVEER/AFP via Getty Images) 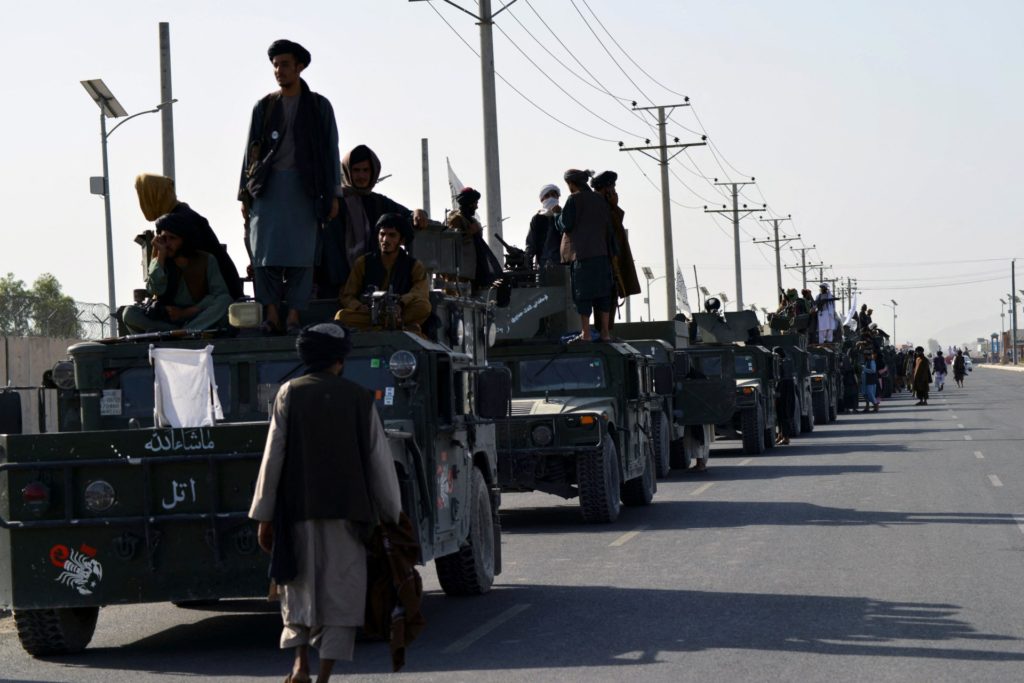 Taliban fighters parade along a road to celebrate after the US pulled all its troops out of Afghanistan, in Kandahar on September 1, 2021 following the Taliban’s military takeover of the country. (JAVED TANVEER/AFP via Getty Images)

“Pick-up trucks laden with supporters rolled past the convoy of military vehicles, some armed with heavy weapons and machine guns,” the Guardian observed.

According to the Guardian, the only disappointment of the event was that Taliban supreme leader Hibatullah Akhundzada, believed to be living in Kandahar, did not make a rumored appearance.

House Democrats on Tuesday blocked a resolution that would have required President Biden to deliver a full accounting of all the military equipment he left behind in Afghanistan.